Recently, the USAFA Women’s Hockey Club went up against the Flying V’s. The final score was AFA 3 – 6 FV’s. Below is a press release published this year about this new USAFA club!

"After a year and a half of recruiting players, collecting funds, coordinating practice times, and getting support from USAFA leaders, the Women’s Club Ice Hockey team was officially established as a USAFA club on January 18, 2018. Within two weeks of establishment, the team immediately jumped into action with debut exhibition games in Aspen and Vail against two of the best women’s hockey clubs in the state of Colorado. The two visionaries for the team are Cadet Third Class Sarah Warner and Cadet Third Class Katelyn Miller... without their efforts and dreams of establishing an outlet for female cadets to compete on the ice, USAFA would not have a team today. The team is very excited for the future and appreciative to be an authorized club.

Cadet Warner and Cadet Miller both grew up with skates under their feet, and when arriving at USAFA as freshmen, they immediately recognized they were not alone in missing the competition ice hockey provides. This yearning for competition drove them to start the club process. Notably, they recruited heavily within their peer groups and USAFA hopes to develop a solid team over the next three years that can continue to grow after these hockey club founders graduate. The team plans to join the local WACH hockey league in August of 2018 and compete against other women teams from around Colorado. Until then, the team will practice together, develop team chemistry and sharpen the skills needed to represent USAFA next season." 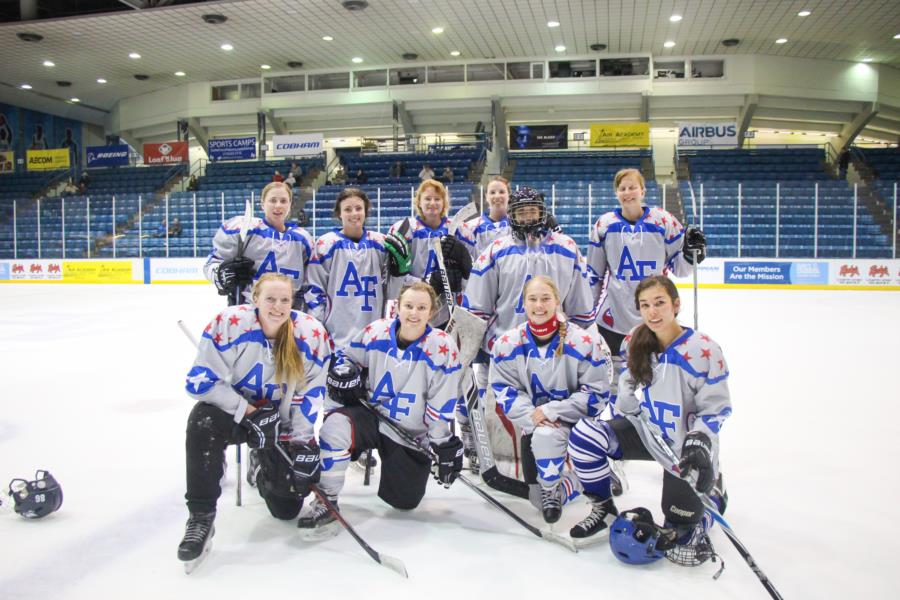 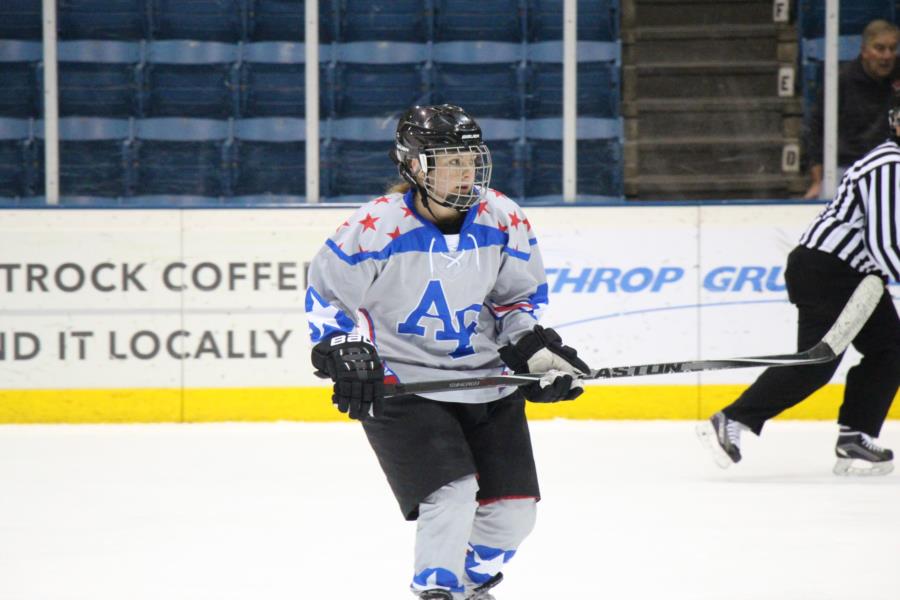 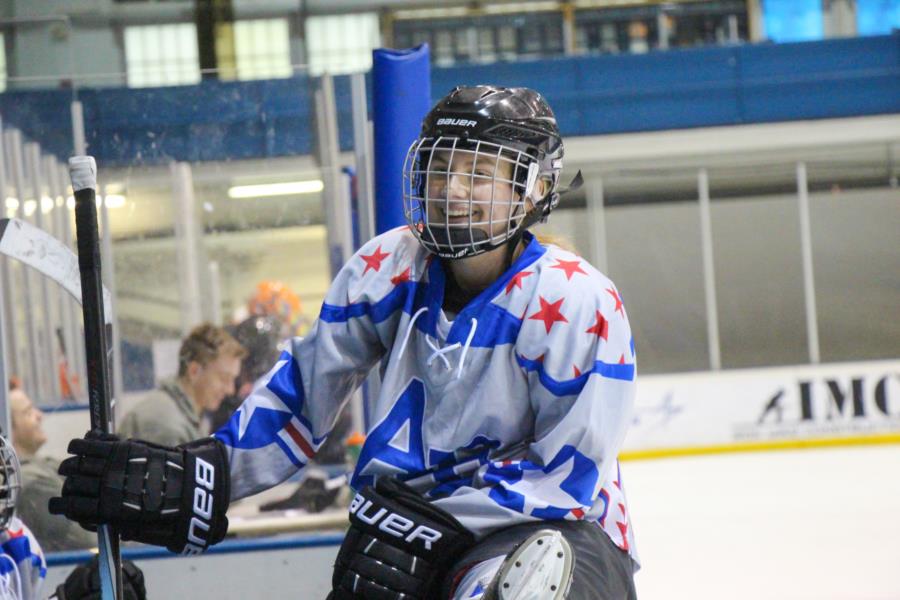 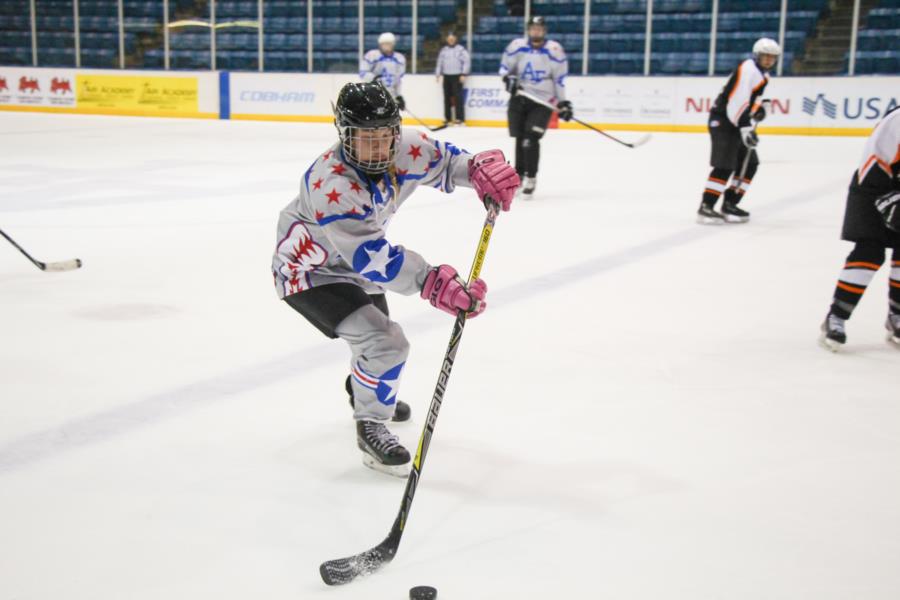 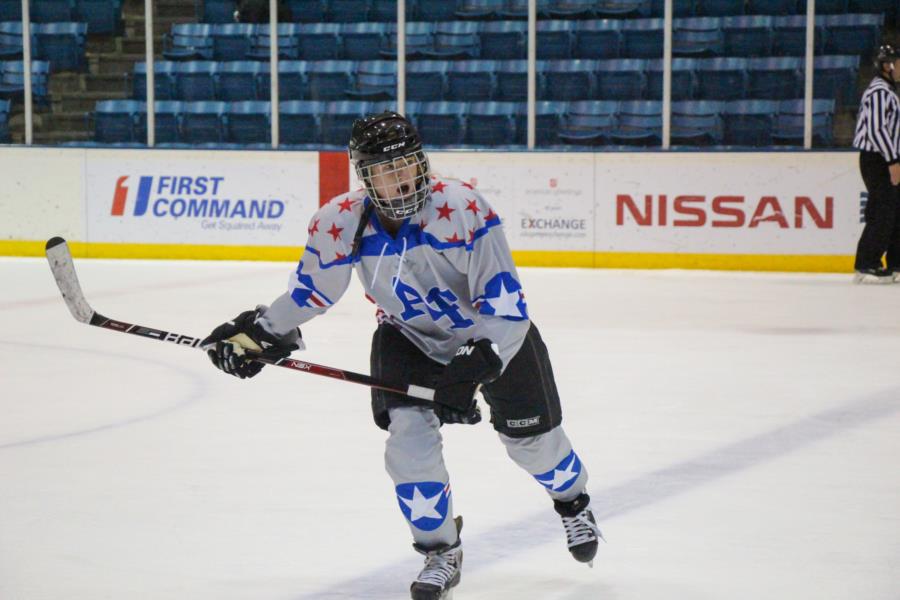 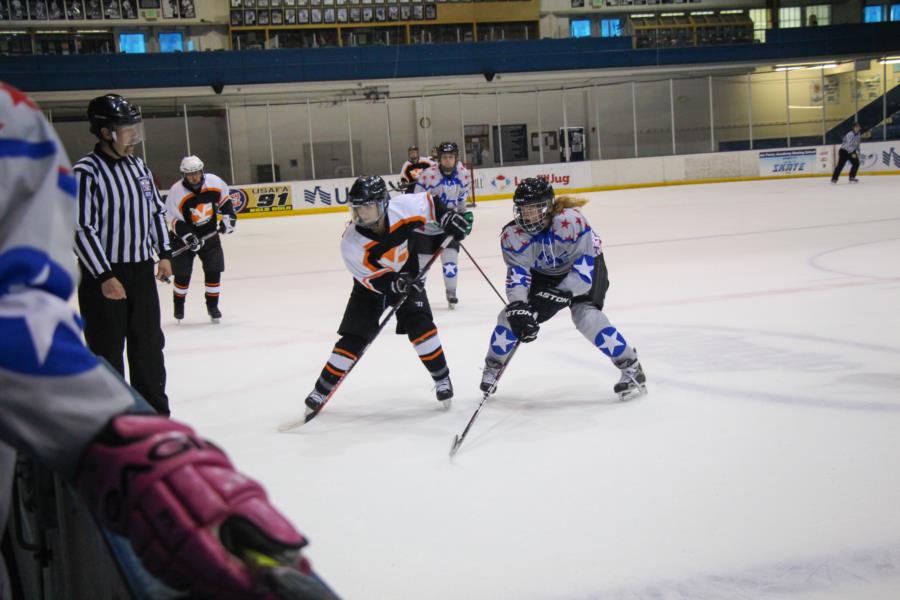 To view the rest of the photos of the game go to: Galleries > Extracurricular > Sports. Or click the link below.