Last week, USAFA hosted the National Character and Leadership Symposium. This event was first held back in 1993 and has grown to be a national/international symposium. The two-day event features speakers from all over the country and all walks of life.

Each year a new theme for the symposium is selected based on the overall mission of the Academy. This year’s theme was Leadership, Teamwork, and Organizational Management. Speakers concentrated on leadership at a personal, interpersonal, and organizational level. Cadets were allowed to attend whatever speakers they would like and as many as they could attend.

We were able to catch a couple of events during the symposium including speaker Nate Boyer, Sheila Heen, Student Consortium and the Challenge Ceremony. 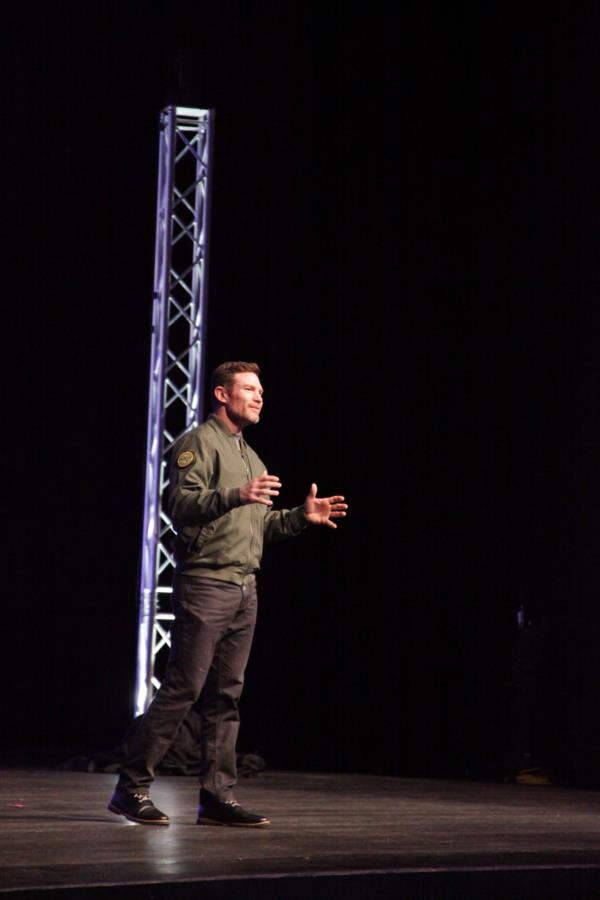 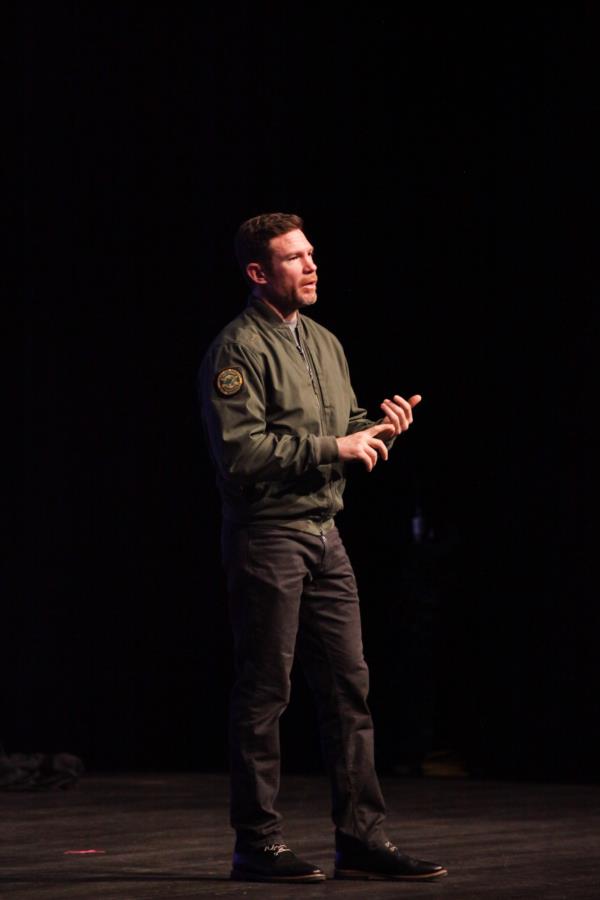 The first speaker we caught was Nate Boyer, whose life story is beyond amazing. He was nominated to speak at NCLS by the USAFA Prep School. Below is his bio provided by USAFA.

Nate Boyer, a former active-duty Green Beret, is a philanthropist, community leader, and a professional athlete as a former member of the Seattle Seahawks. Boyer was deployed with the 10th Special Forces Group to Iraq, then two served tours in Afghanistan with Special Operations Joint Task Force-Afghanistan and the 3rd Special Forces Group. A four-year player for the Texas Longhorns, Boyer served as the No. 1 long snapper on special teams his last three seasons. He played in 39 career games and in 2012 Boyer received the Disney Spirit Award at the ESPN College Football Awards, given to the most inspirational figure in college football. In 2013 the National Football Foundation awarded him with the coveted Legacy Award. He was also named first-team Capitol One Academic All-American in 2013 and to the 2014 Allstate AFCA Good Works Team. Boyer was named 2012-13 Big 12 Sportsperson of the Year and in 2012 became the first-ever recipient of the Armed Forces Merit Award presented by the Football Writers Association of America (FWAA). Each year he climbs Mt. Kilimanjaro with wounded veterans and former NFL players to raise money for clean water wells in East Africa. Boyer also co-founded Merging Vets & Players (MVP) which helps former athletes and combat vets find purpose and a newfound identity when they leave the service. 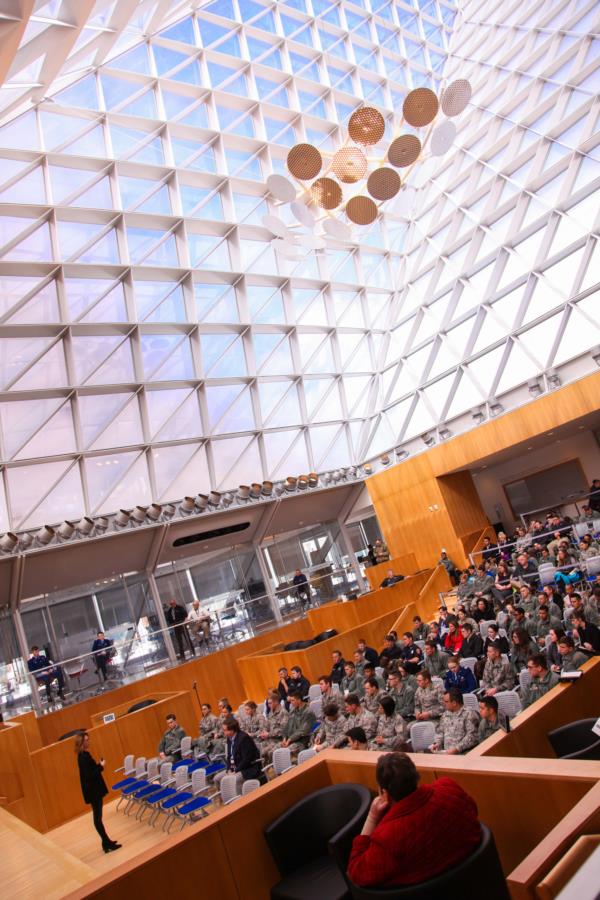 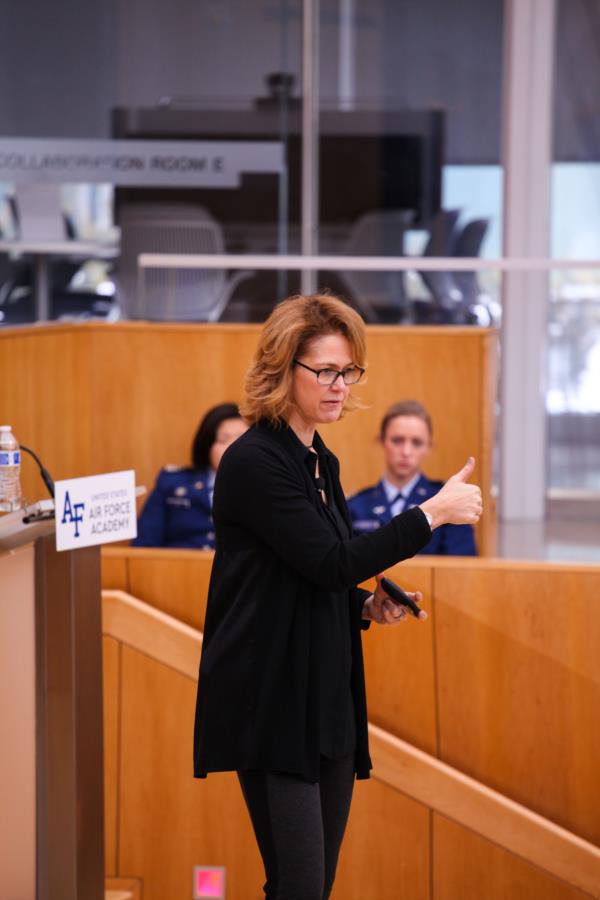 The next speaker was Sheila Heen, Founder of Triad Consulting Group. She took her time to talk to the audience about “feedback”. She discussed the different types of feedback we get and the different reactions we have to said feedback. Her presentation was definitely informative and focused on leadership on a personal and interpersonal level. Below is her bio provided by USAFA.

Sheila is a Founder of Triad Consulting Group and has been on the Harvard Law School faculty as a Lecturer on Law since 1995. Sheila’s corporate clients include Pixar, Hugo Boss, the NBA, the Federal Reserve Bank, Ford, Novartis, AT&T and numerous family businesses. She often works with executive teams, helping them to work through conflict, repair working relationships, and make sound decisions together.

In the public sector she has also provided training for the New England Organ Bank, the Singapore Supreme Court, the Obama White House, and theologians struggling with disagreement over the nature of truth and God.

Sheila has spent more than twenty years with the Harvard Negotiation Project, developing negotiation theory and practice. She specializes in particularly difficult negotiations – where emotions run high and relationships become strained. Sheila is co-author of two New York Times bestsellers: Difficult Conversations: How to Discuss What Matters Most (Penguin 2nd ed 2010), and the recently released Thanks for the Feedback: The Science and Art of Receiving Feedback Well (Even When It’s Off Base, Unfair, Poorly Delivered, and Frankly, You’re Not in the Mood) (Penguin 2014). She has written for the Harvard Business Review, for the New York Times as a guest expert and as a Modern Love writer.

Sheila has appeared on shows as diverse as Oprah and the G. Gordon Liddy show, NPR, Fox News, and CNBC’s Power Lunch. She has spoken at the Global Leadership Summit, Nordic Business Forum, Apple, Google, and Microsoft. Her articles have appeared in the New York Times, Harvard Business Review, Fortune, Harvard Negotiation Journal, and Real Simple.

Sheila is a graduate of Occidental College in Los Angeles, and Harvard Law School. She is schooled in negotiation daily by her three children. 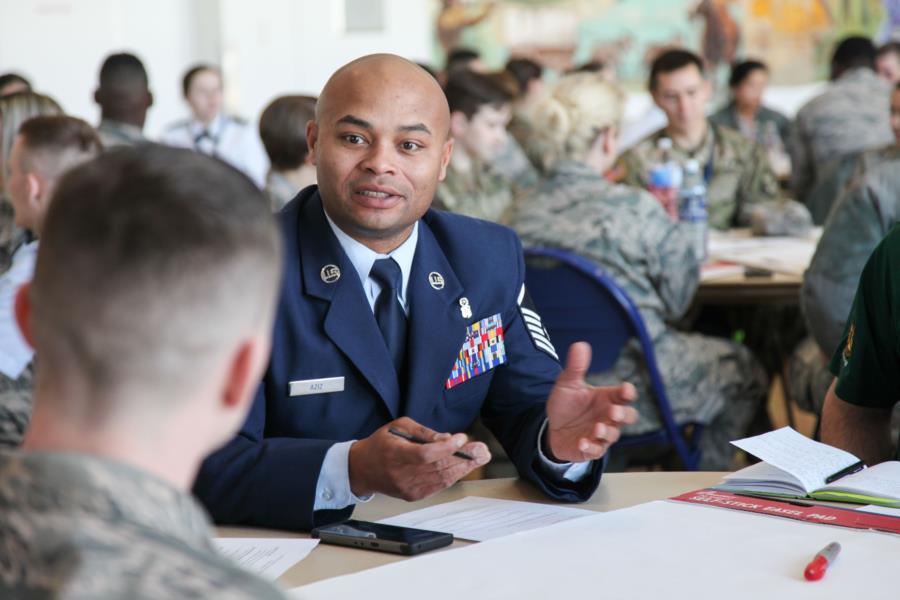 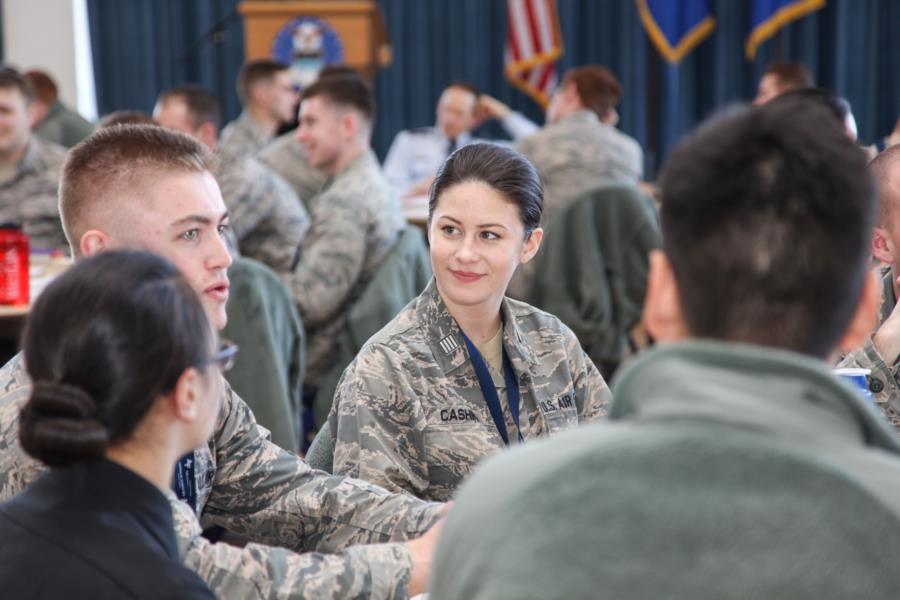 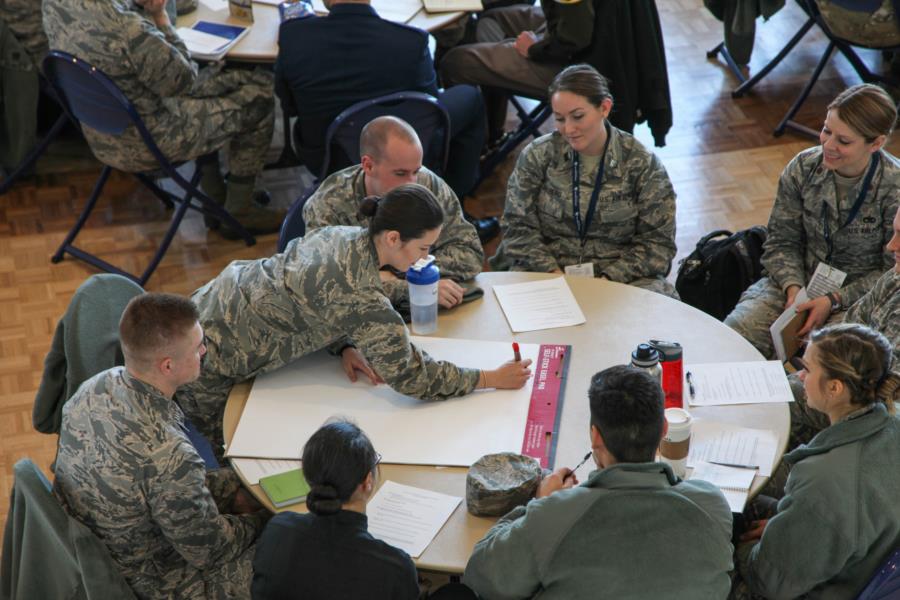 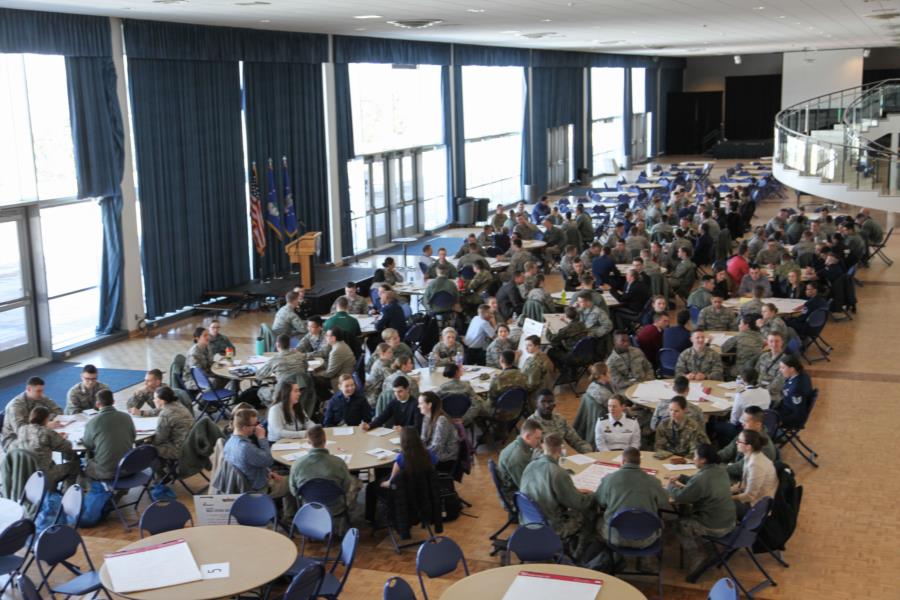 The next event we attend was the Student Consortium. Students from all over the country were in attendance. There was USAFA cadets, ROTC cadets, Army cadets, current college students, enlisted and active duty officers. Instead of having a speaker, attendees spilt up into groups to discuss what they had seen, heard, and learned over the last couple of days.  The groups also spoke about the takeaways they had from NCLS and how to communicate those to their squadron or friend group. The big purpose for this consortium was to continue having conversations about leadership and character and what they had learned. 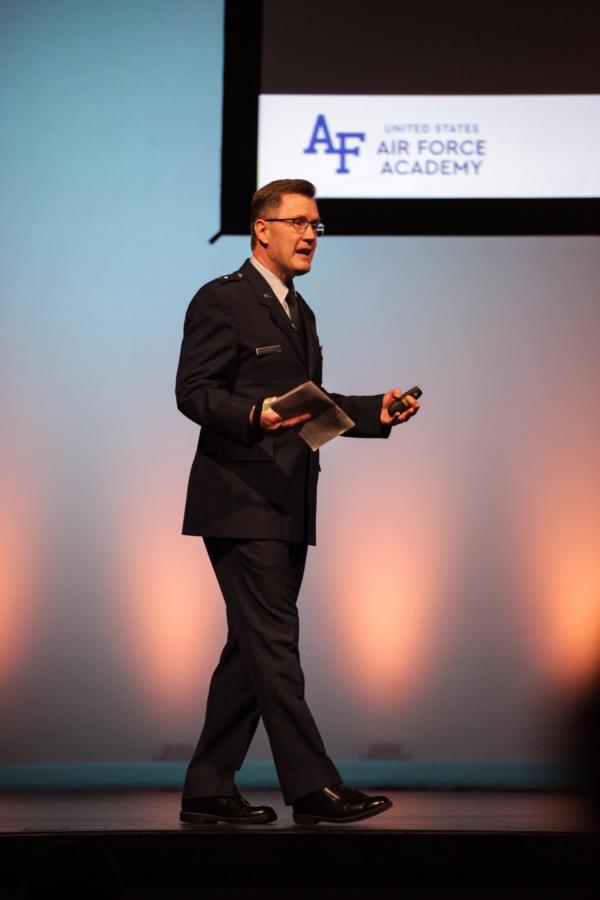 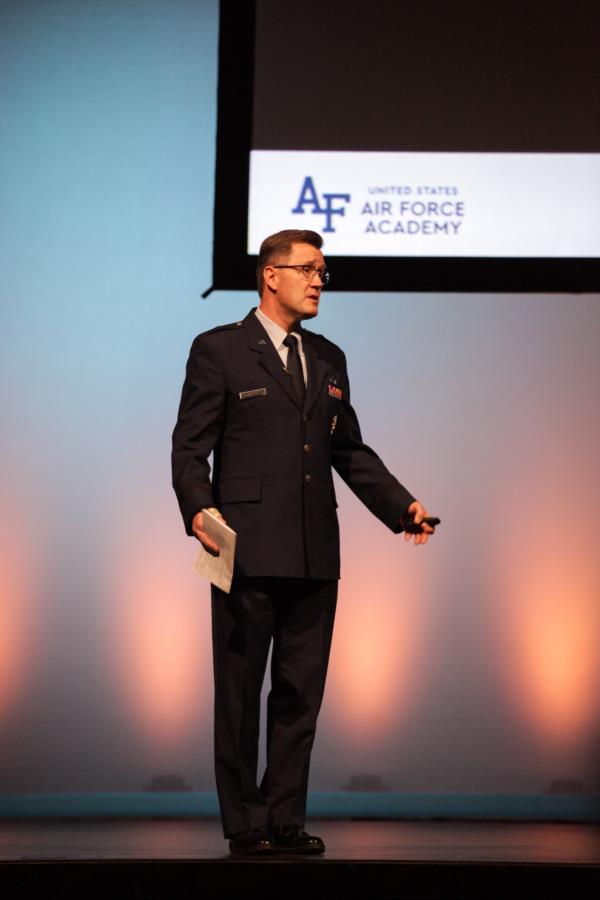 The last event we covered was the Challenge Ceremony, which is basically the closing ceremonies for NCLS. Brig. Gen. Armacost, USAFA Dean of Faculty, was the speaker for this event. He has spent over 20 years at USAFA and during that time met some cadets with incredible stories of leadership and character. Instead of talking about his experiences with leadership and character, Brig. Gen. Armacost decided to bring up current cadets to share their story. 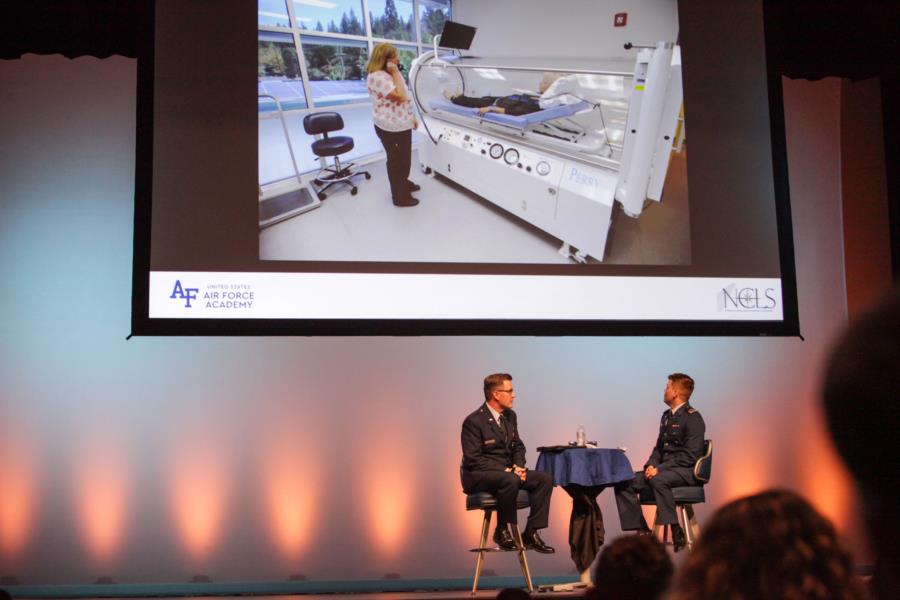 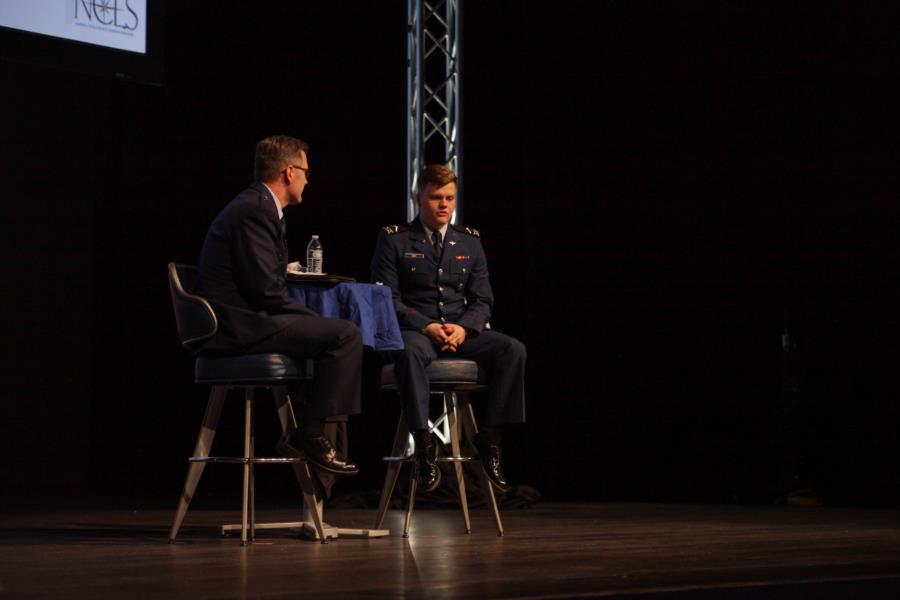 First up was Cadet Wise. Cadet Wise spoke about his father, who was diagnosed with cancer when Cadet Wise was just a boy. Cadet Wise took on a lot of responsibility at a young age, he became the “man of the house”. Not only did he take over all the house chores but he started to look for other ways to treat his dad’s cancer for a science project. He and his partner even built an oxygen chamber to help fight cancer seeing that cancer cells do not like oxygen, where normal cells do. 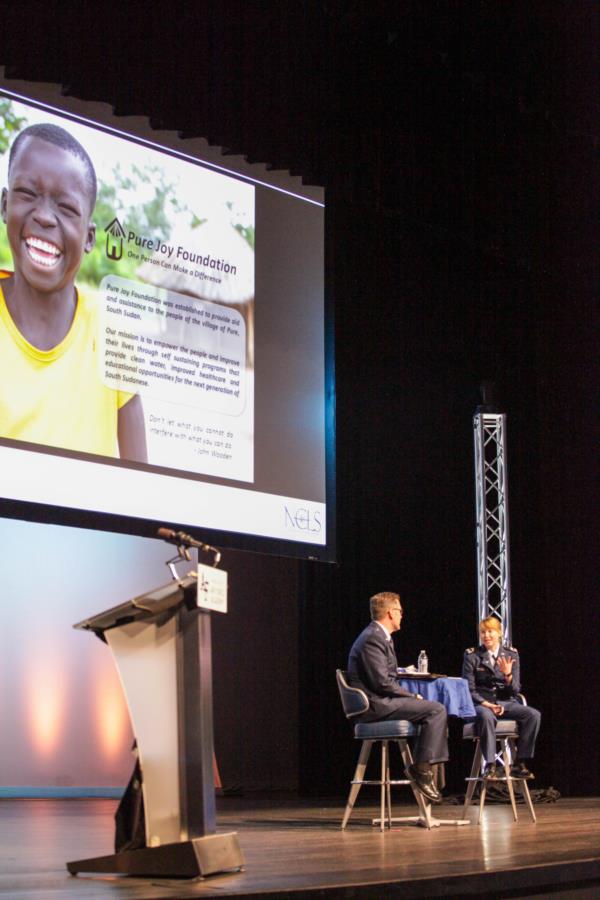 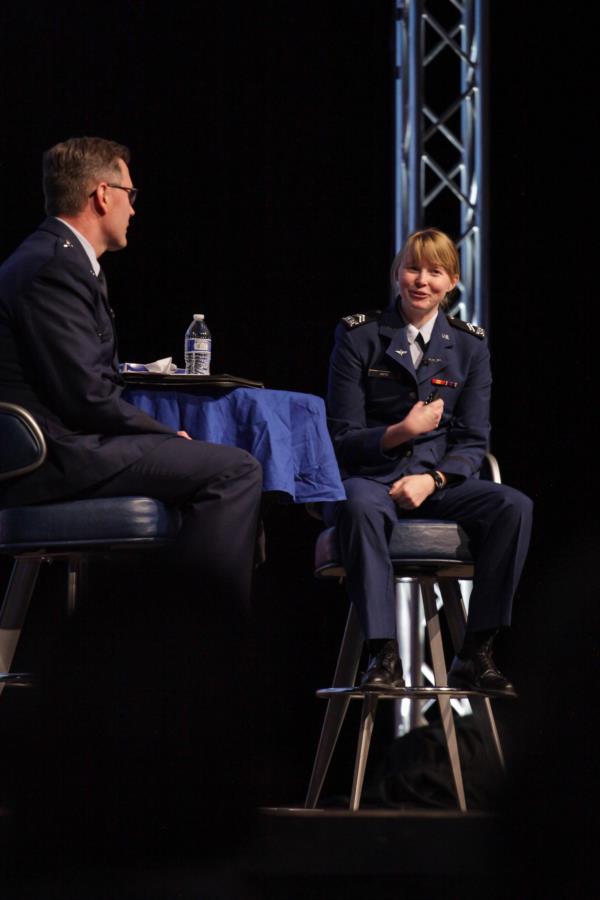 The second cadet speaker was Cadet Smith. Cadet Smith spoke about the non-profit her and her family founded and run call Pure Joy Foundation. The Smith family had taken a trip to South Sudan back in 2012 where they saw how impoverish the village was and the closest drinking water was 5 miles away. They created a foundation to help provide aid to the village. They have built schools, drinking wells, and solar lighting. Cadet Smith’s closing statement was that all you need is the desire to make a difference and it can happen. 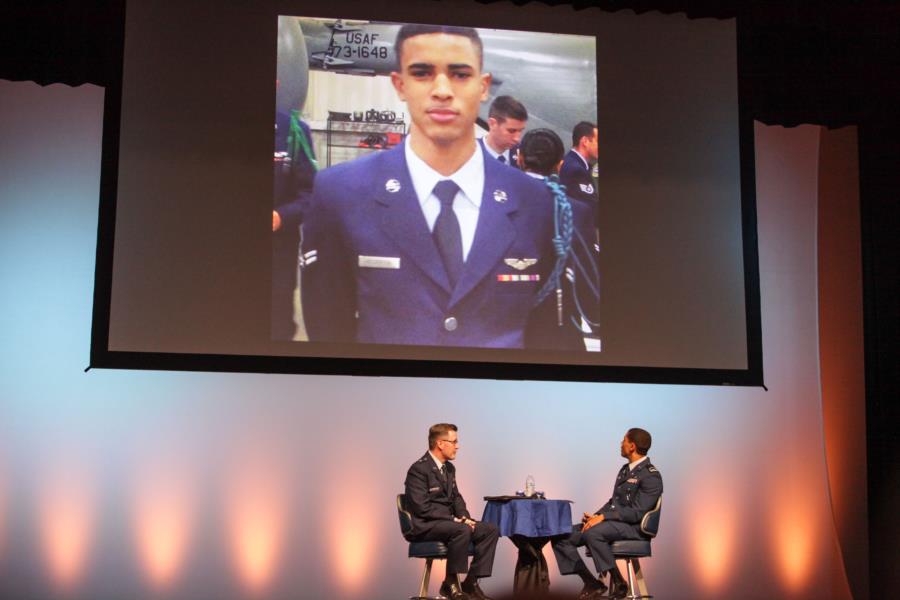 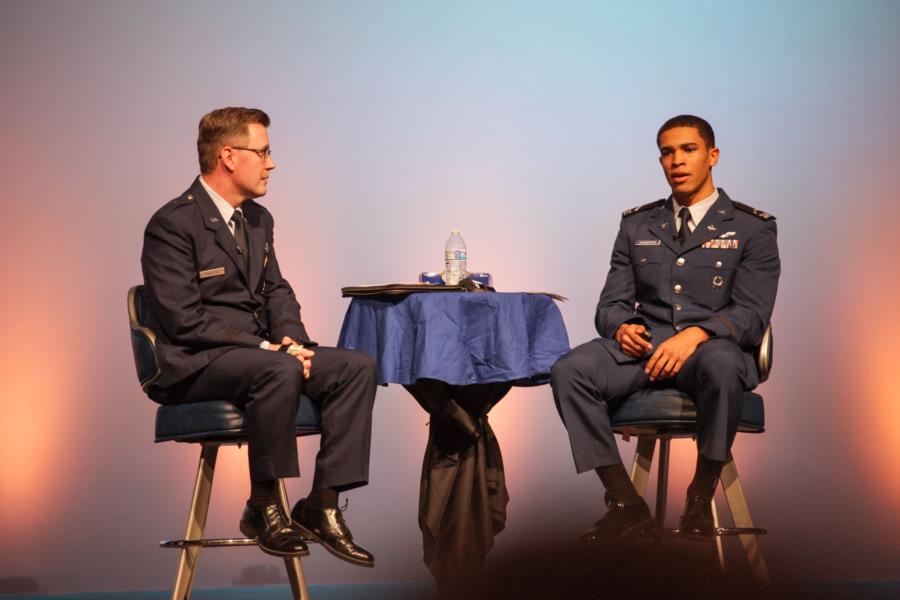 Next, we heard from Cadet Henderson, who shared his story of how he got here.  Cadet Henderson shared with the crowd the hardships he, his brother and father faced growing up. His dad was a single parent and worked multiple jobs, but hard times fell upon the family and they became homeless. Cadet Henderson spoke about how that impacted him growing up and how his mentors made him into the man he is today. It was inspiring to hear about members of his community stepping up to help him succeed and not become a statistic. Cadet Henderson, enlisted after school and was later presented the opportunity to come to the Air Force Academy. 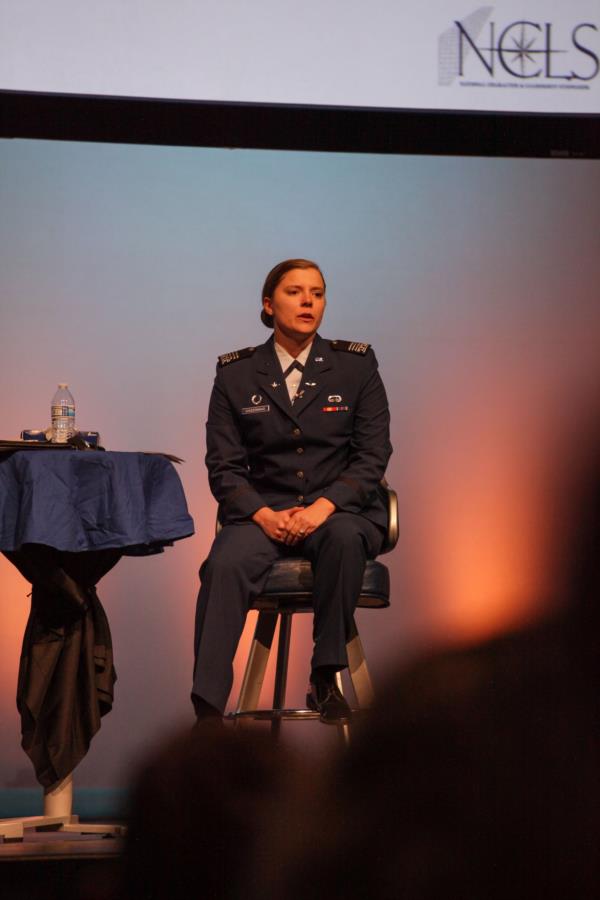 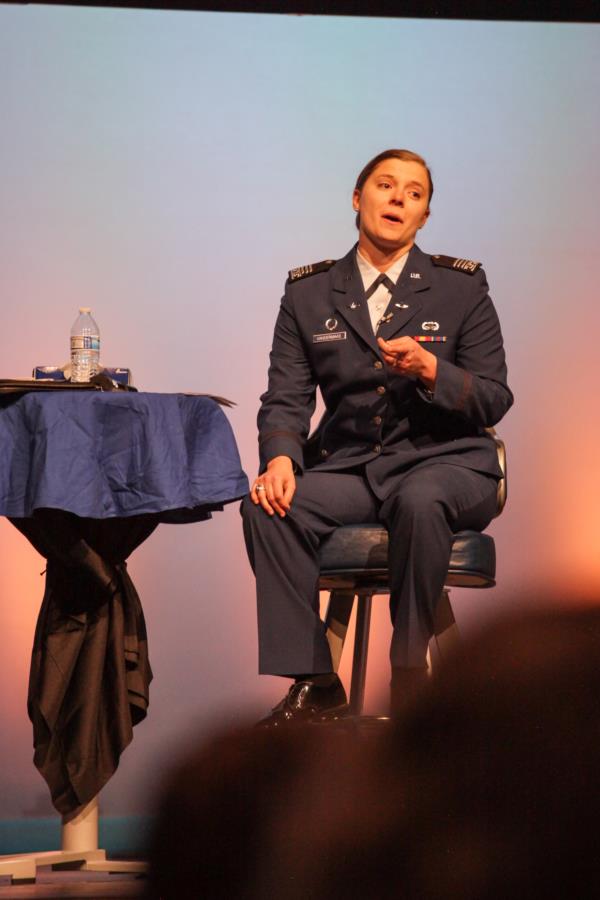 Lastly, the Dean brought up Cadet VanderMaas, to thank her for her work on organizing NCLS. Cadet VanderMaas briefly spoke about the lessons she learned helping organize NCLS and what it taught her as a leader. Her big take away was own the decision you make, commit to it and if that decision is wrong own it and admit that mistake.

To view the rest of our photos from NCLS go to Galleries > Military Training > Chapter and Leadership Development. Or click the link below.