The two dinners in January happened to be the last Mission Element Dinners of the year and in attendance were the 2017 Cadet Leadership and the USAFA Football team.

Each year, the cadets participate in some form of Social Decorum, as 3rd- and 4th-class cadets, it's lectures in Fairchild Hall. When they are Firsties and 2-degrees, they attend a formal dinner at the Falcon Club; and they also attend a business casual dinner hosted by the Commandant of Cadets himself, Brig Gen Williams and his wife.

These dinners give the Commandant an opportunity to meet with USAFA Staff, cadet squadrons, intercollegiate sports teams, and cadet clubs--and for all of those entities to interact with each other.

For cadets, this gives them the chance to use the skills they've been working on in Social Decorum over the years.

"We use these events to get cadets out from behind their smart phones and encourage more face to face interaction.  We are producing leaders who will lead people so they need to be comfortable interacting in this environment."
- General Stephen Williams

When guests first arrive they are greeted by the Commandant and his wife, with handshakes and simple introductions.  If you remember our recent coverage of the 4-degrees in Social Decorum, they were working on their handshakes. 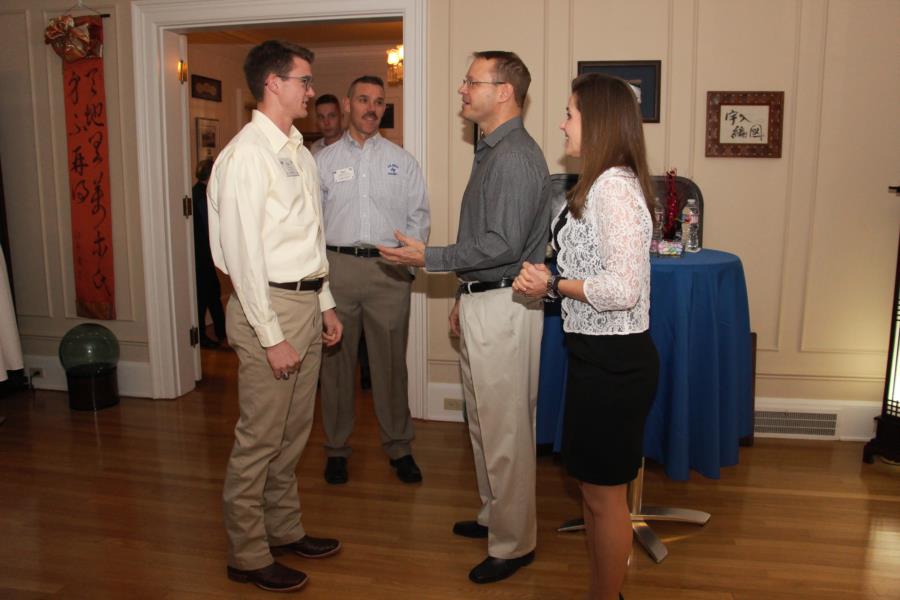 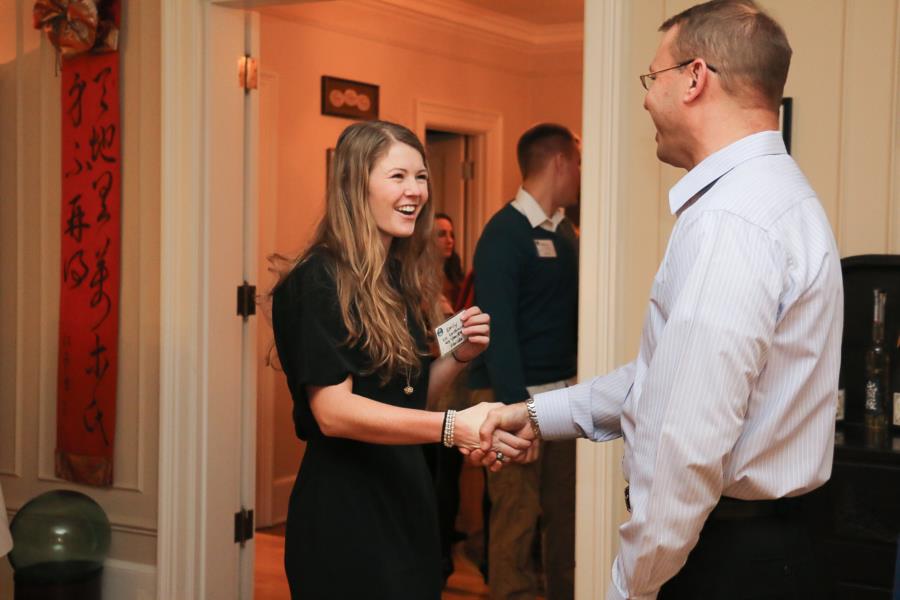 After the greetings, the guests are able to enjoy finger food appetizers, as they mingle and talk amongst themselves. 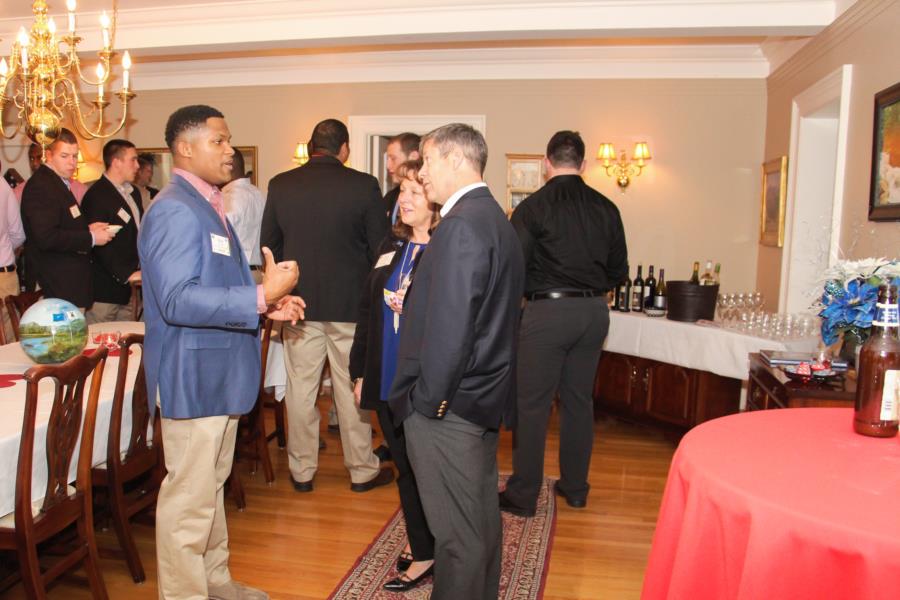 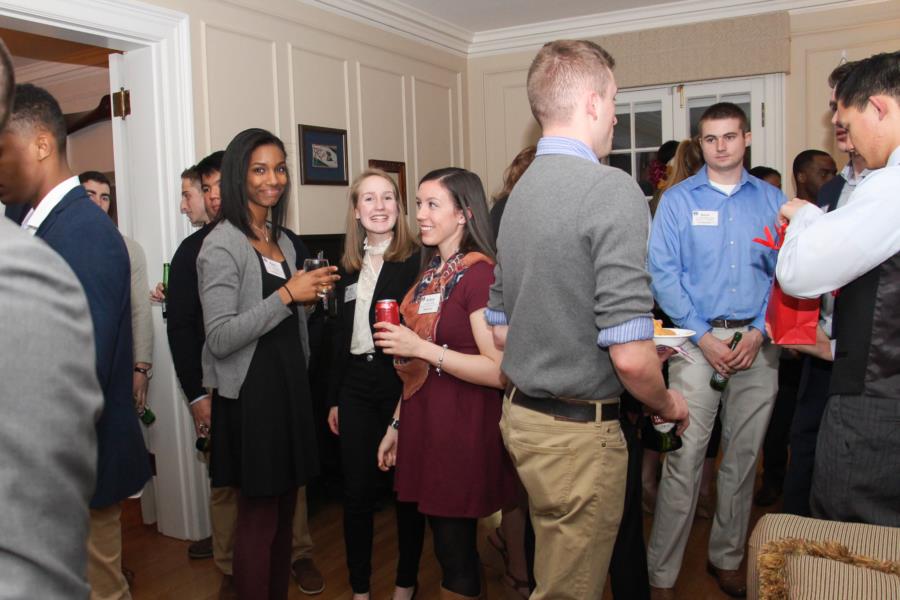 Once everyone has arrived, the Commandant brings everyone together for announcements and group introductions before they all go through the buffet line for their main course.  The cadets are instructed to eat dinner and converse with people who they are not already acquainted with.  Faculty and staff from across the Academy disperse themselves to answer questions and serve as mentors for the cadets. 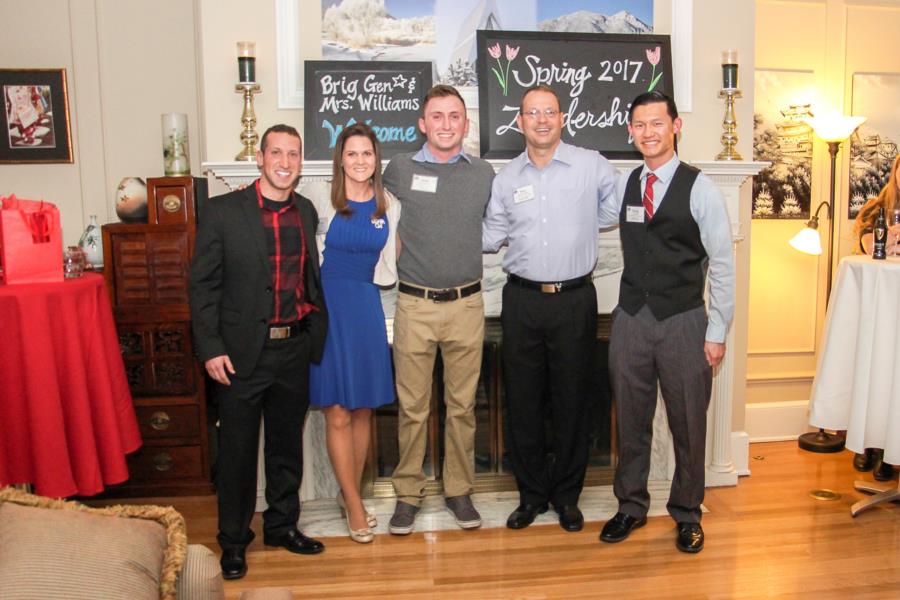 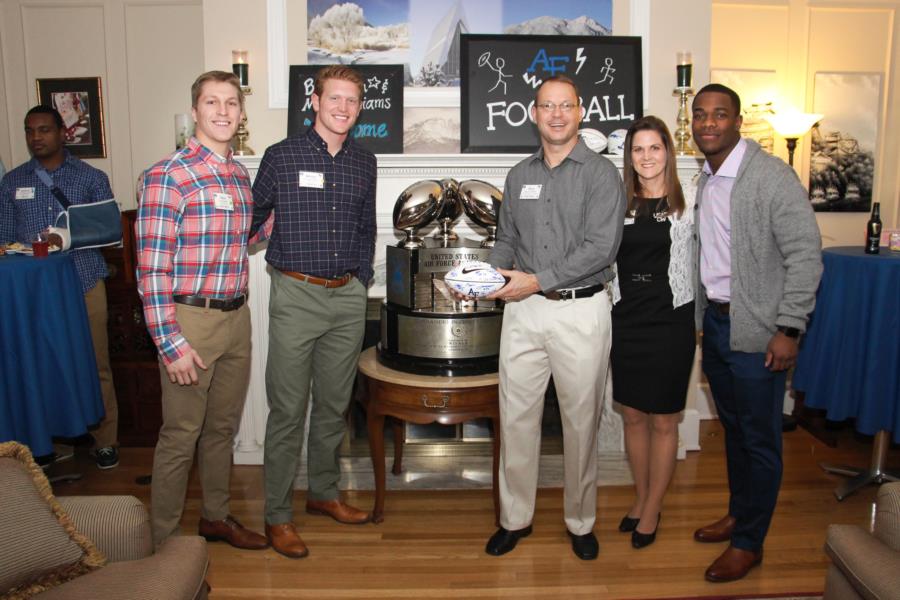 We can't wait to be a part of the Mission Element Dinners again next year!

To view the rest of the pictures from our recent Mission Element Dinner coverage, go to Galleries - Military Training - Character and Leadership Development. Or click the link below.