There were approximately 97 Tennessee Cadets who attended with their friends. Making the attendance for the event well over 200. This was the second Tennessee Night held, last year was the first and the parents along with their cadets enjoyed it and decided to do it again.

Their inspiration came from reading the WebGuy blog about the other parent’s clubs and seeing what they were able to bring to the cadets in terms of "a little bit of home". 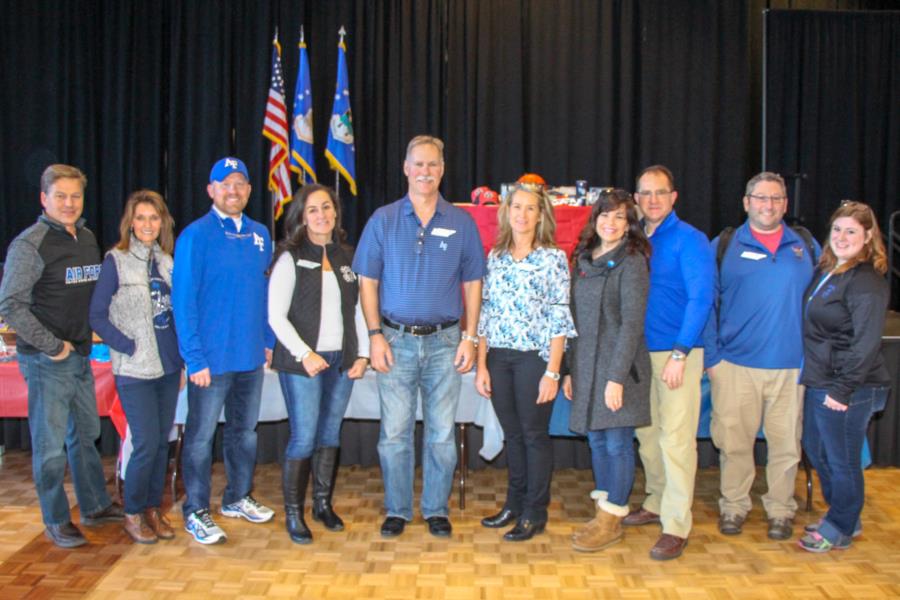 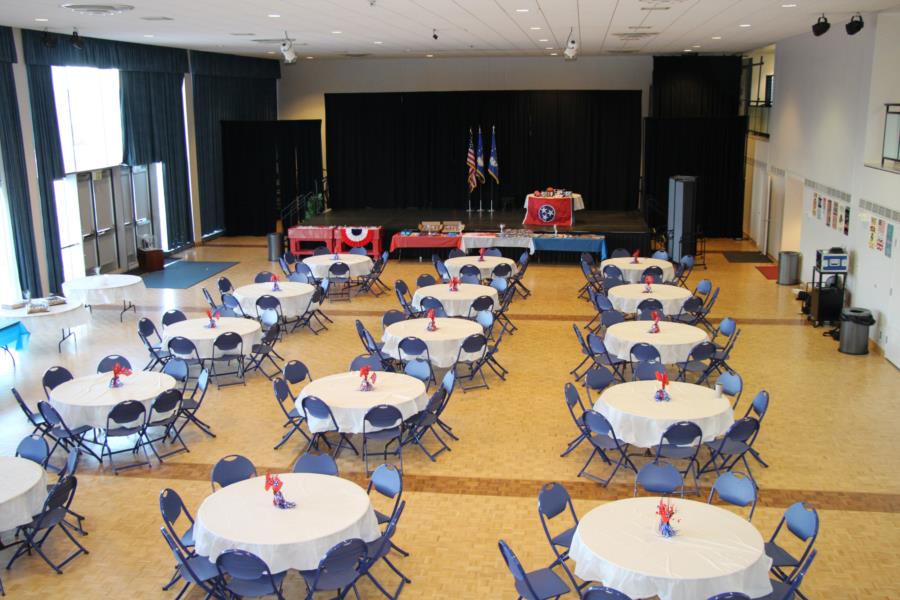 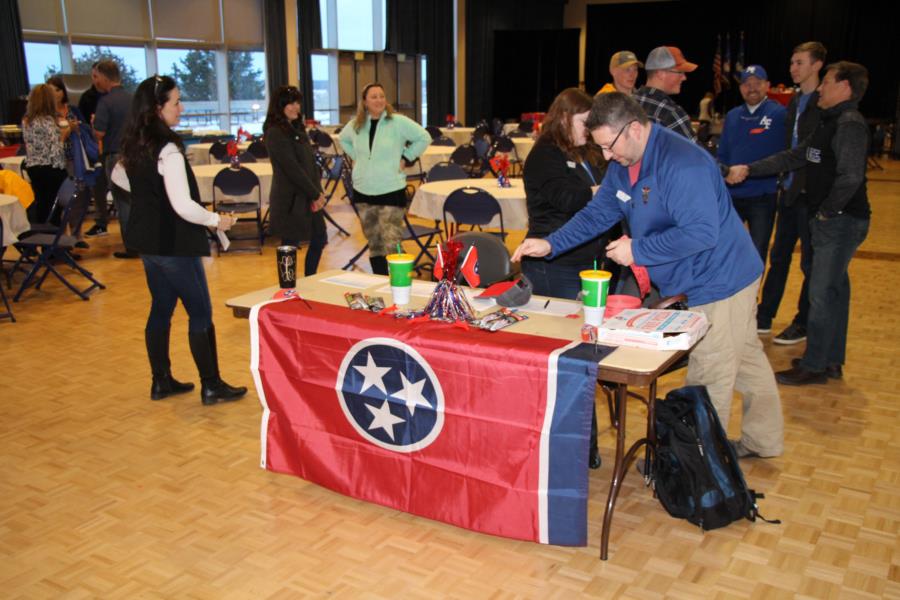 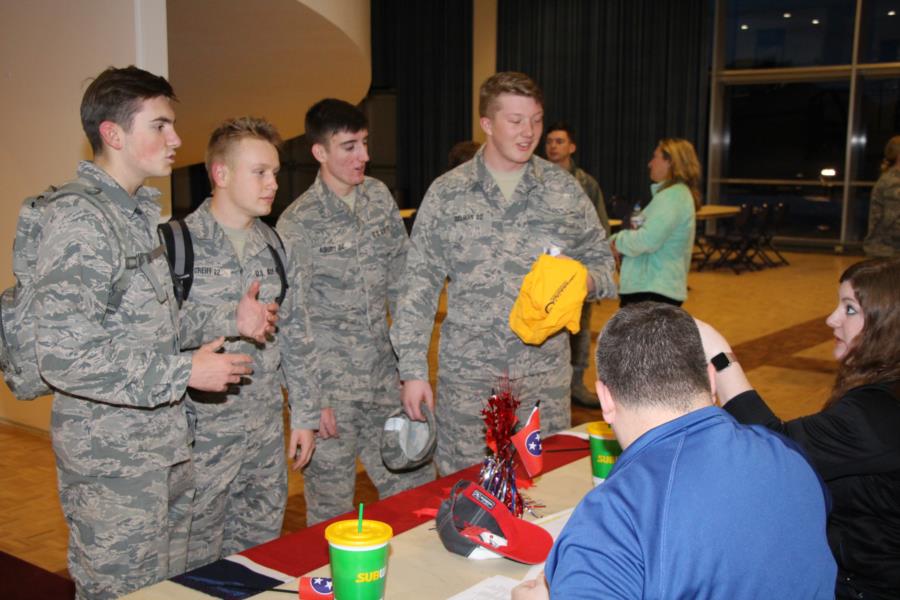 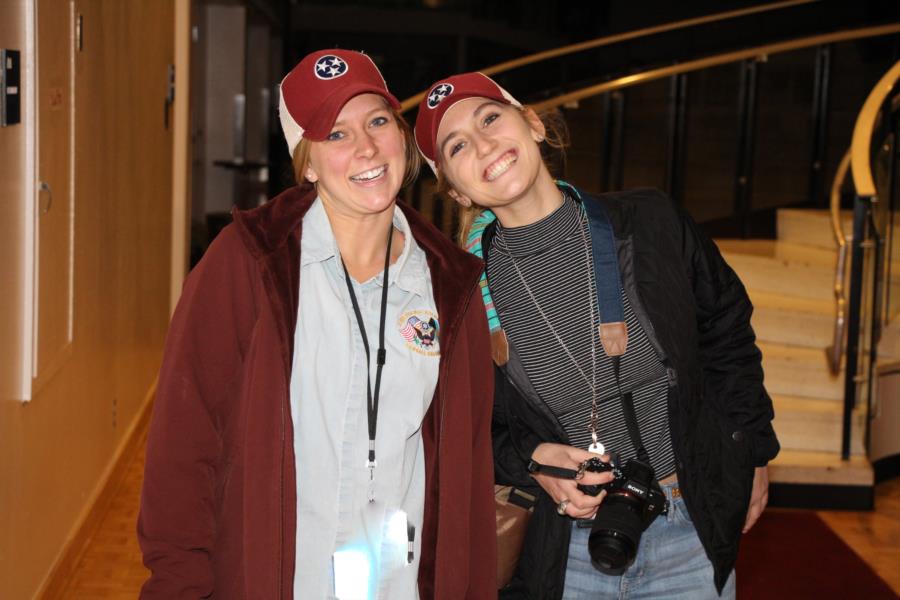 The dinner included pulled pork, buns, green beans, slaw, tossed salad, mac n cheese, sweet tea and lemonade from Broken Bones BBQ.  Though there were plenty of other foods, this tends to be the Tennessee standard for a gathering or more appropriately a gatherin' . 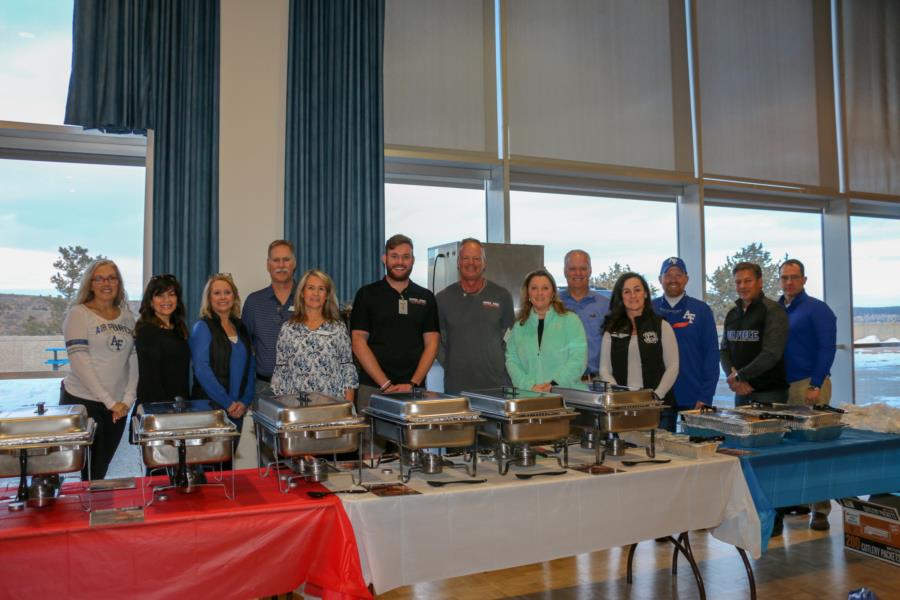 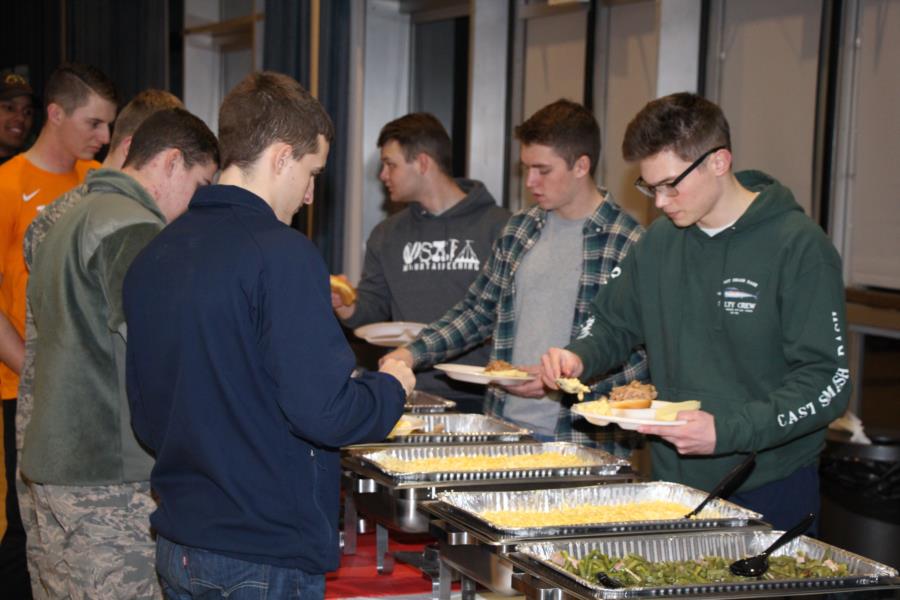 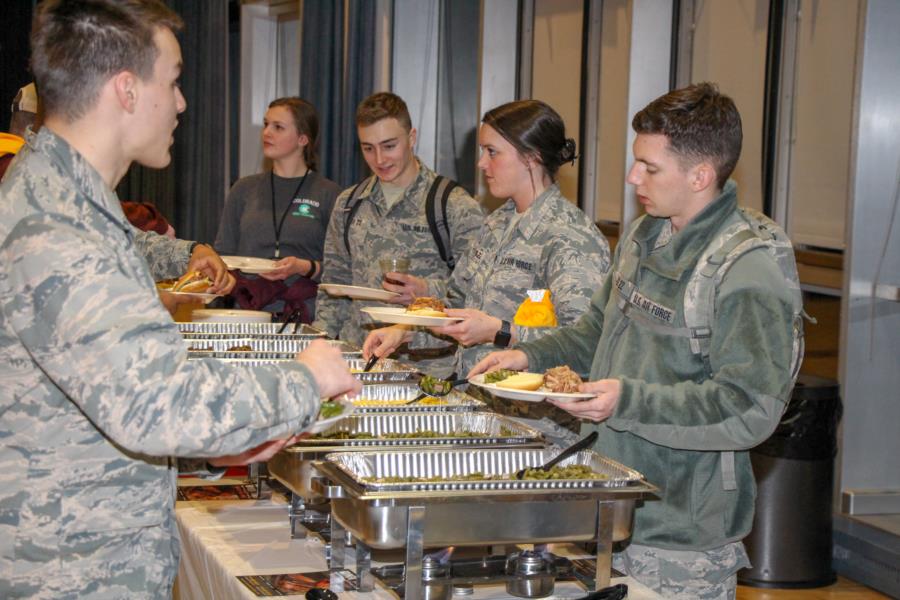 There are three parent’s clubs across the state, West/Mid/East (just like the three stars on the State Flag) with all clubs donating towards the event, with the Middle Tennessee Club (Nashville area) taking on the primary coordination.

Travelling out this year to support the event were 6 parents from the East Club (mostly Chattanooga and Knoxville area), 6 from Middle Tennessee, and 2 from West Tennessee (mostly Memphis).

The Titans and Predators memorabilia were raffled off along with the Predators giving shirts to each Tennessee cadets that attended. Actual moon pies, St Thomas back scratchers, Hatch Prints, Sam's Club gift cards, and shirts and other swag from Falls Creek were given away or raffled. 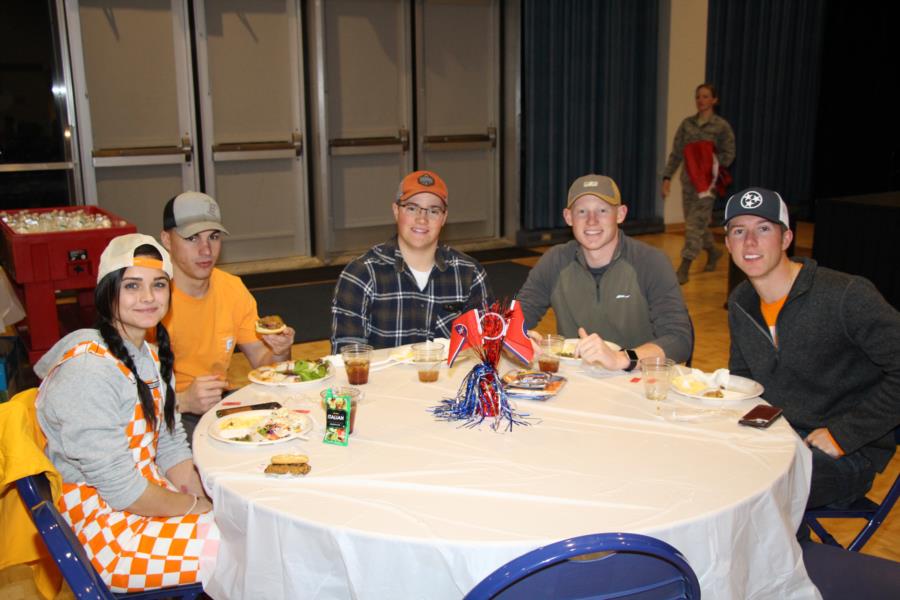 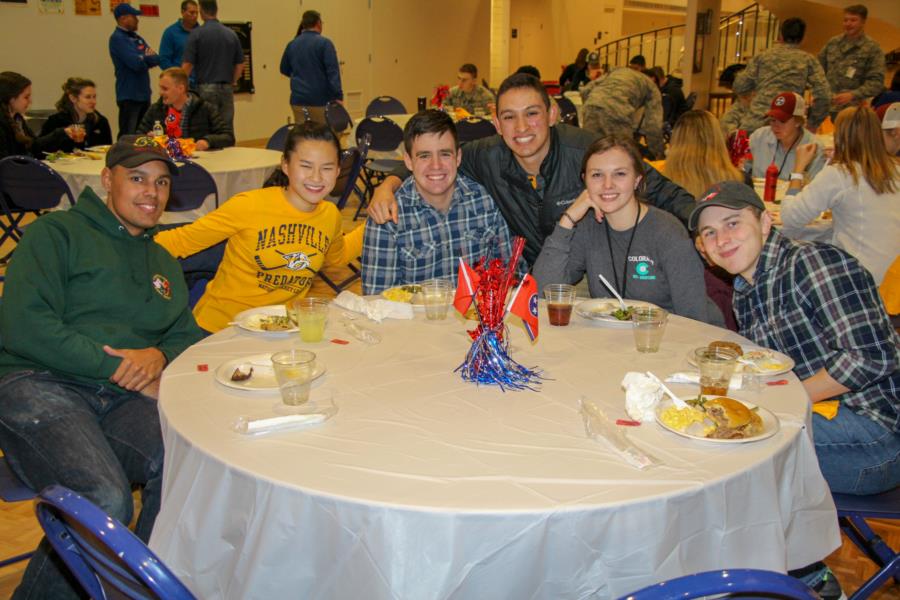 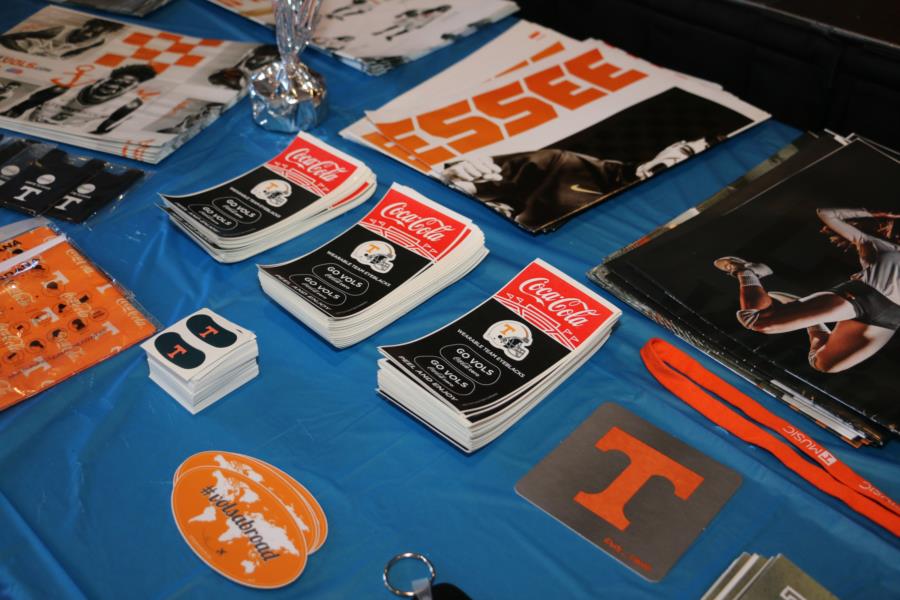 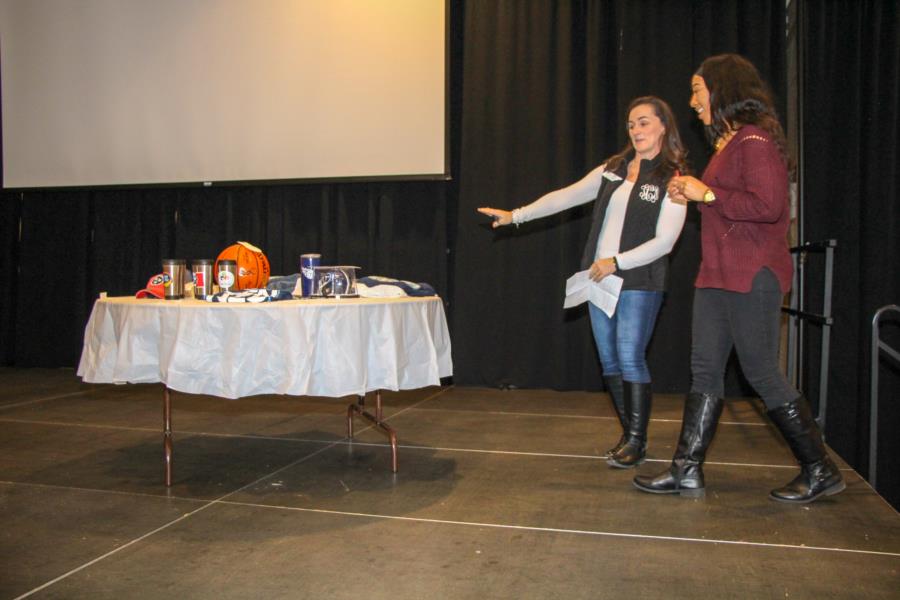 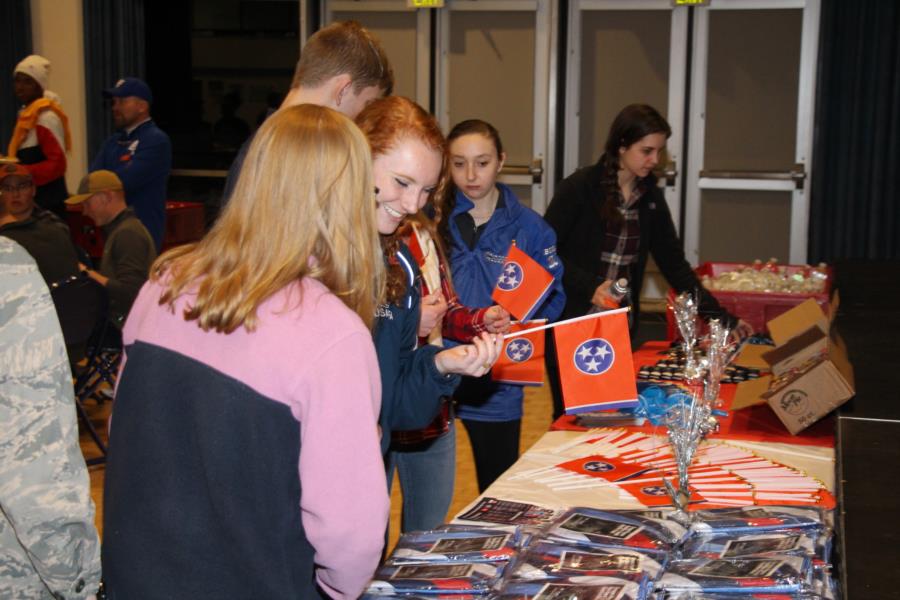 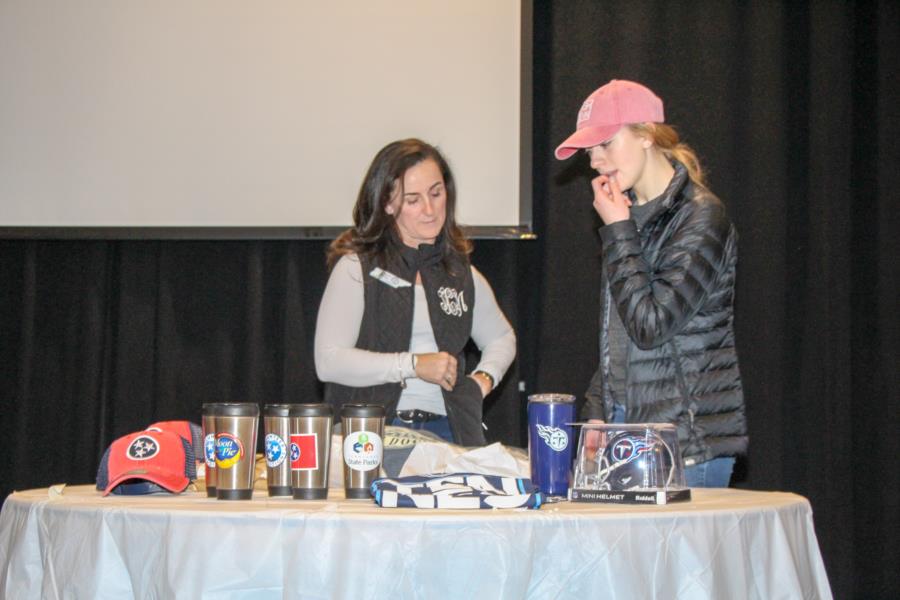 They look forward to next year’s event, especially as the state learns more and more about supporting their cadets at the Service Academies.  They appreciate the Parents Liaison, WebGuy, Arnold Hall Staff, and their cadets for making it a successful and rewarding Tennessee Night!

To view the rest of the pictures from this event go to: Galleries > Extracurricular > Special Events or click the link below.