It's that time of year for the class of 2021. With finals week upon us, the Firsties began taking their official end of school jumps into the "Air Garden" fountains to celebrate the completion of their final exams before graduation and WebGuy was there in the afternoon to catch the jumps! 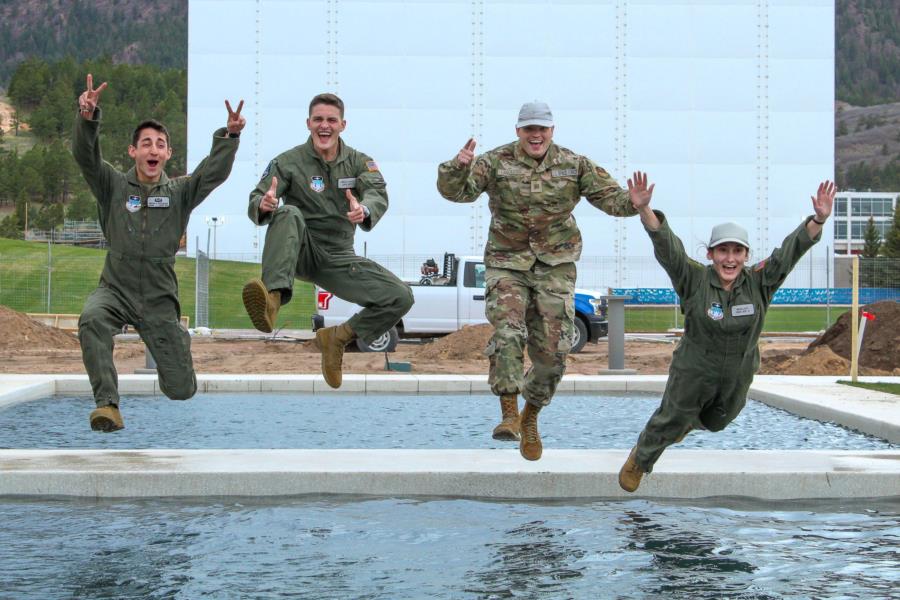 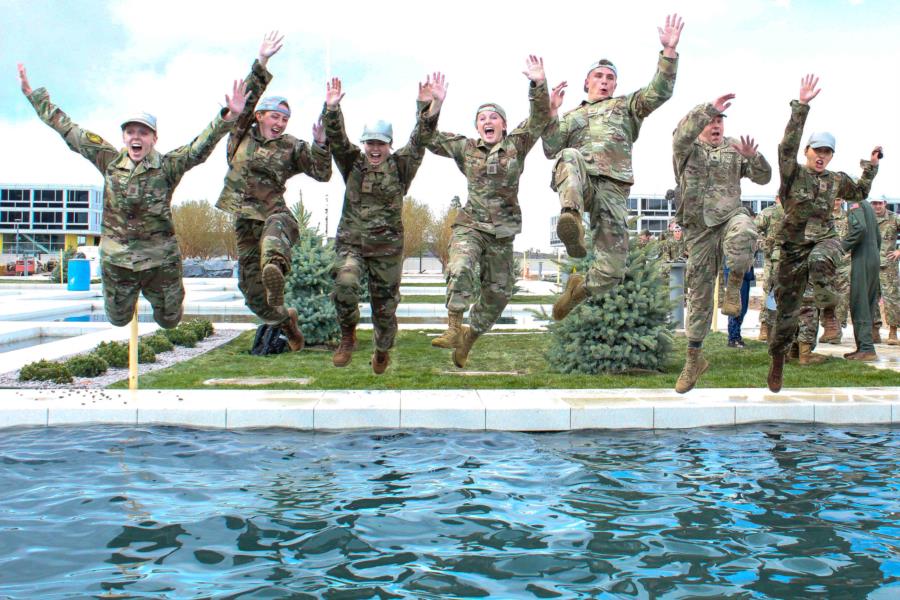 The tradition of jumping in the fountain-allowed only to seniors who have completed their last final as a cadet-is believed to be as old as the Academy itself, with the first class of graduates taking the plunge in the 1959. 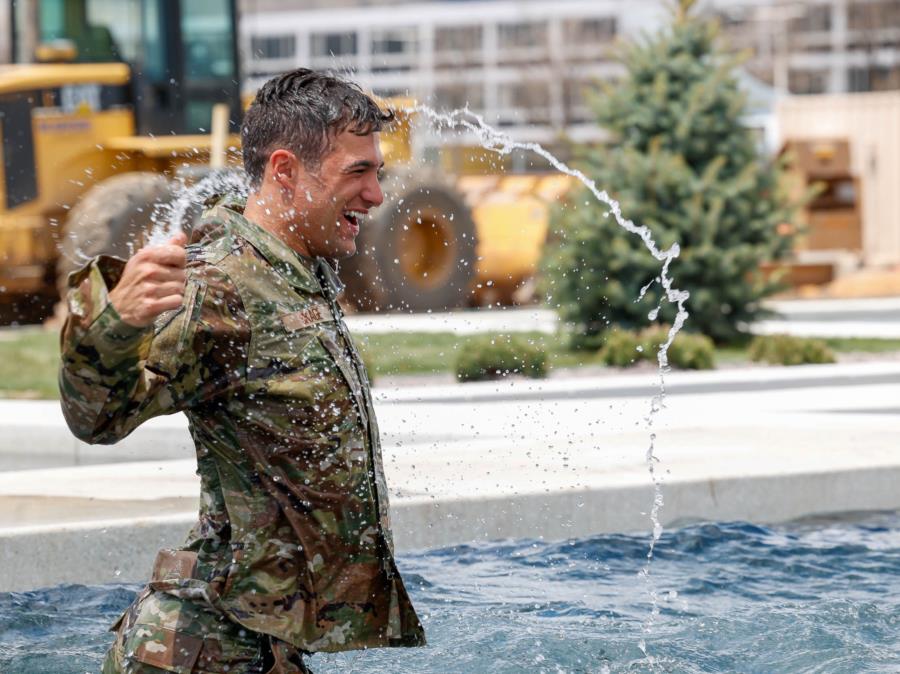 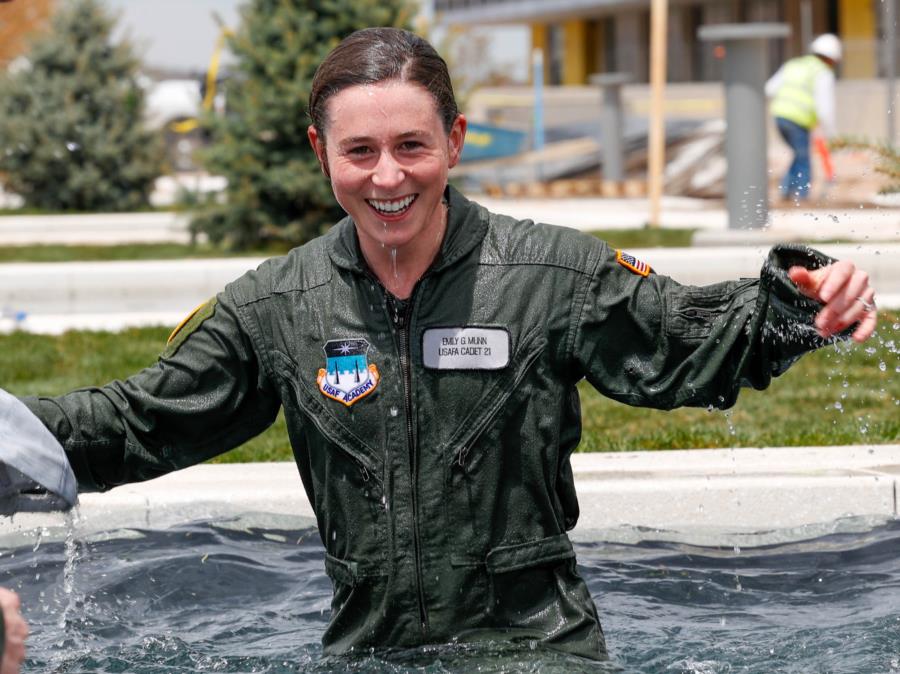 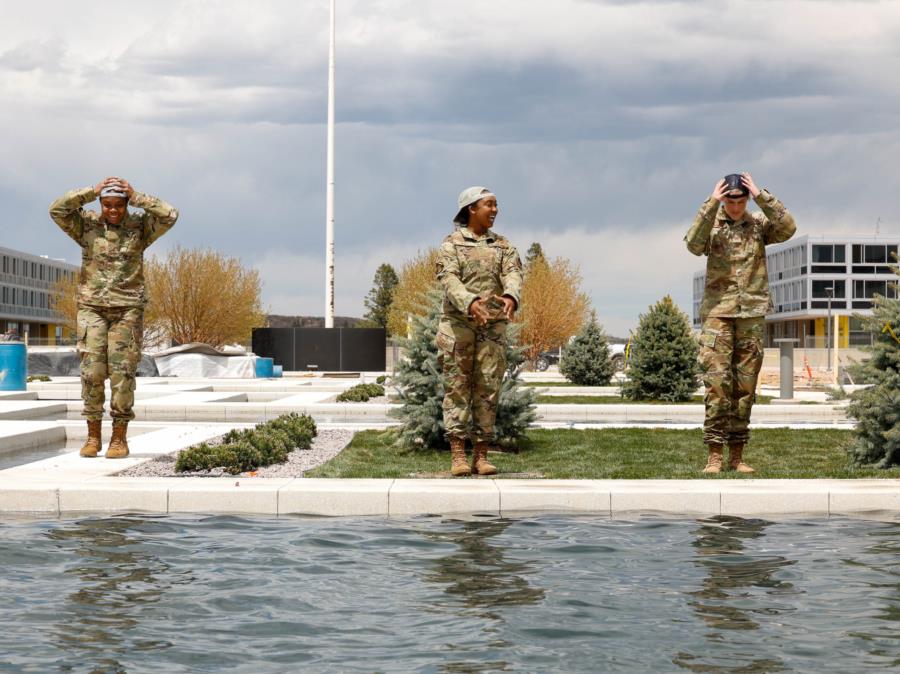 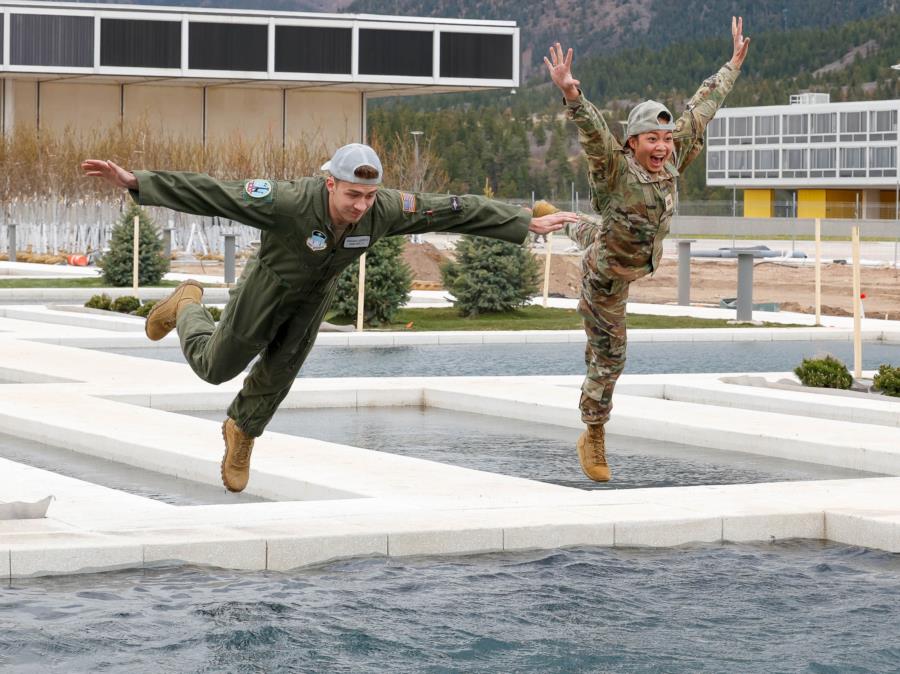 The reflecting pools and fountains were filled in and levelled in 1975 due to drainage problems. Later, between 1998 and 2000 the two fountains on either end of the Air Garden were re-excavated and filled with water again. 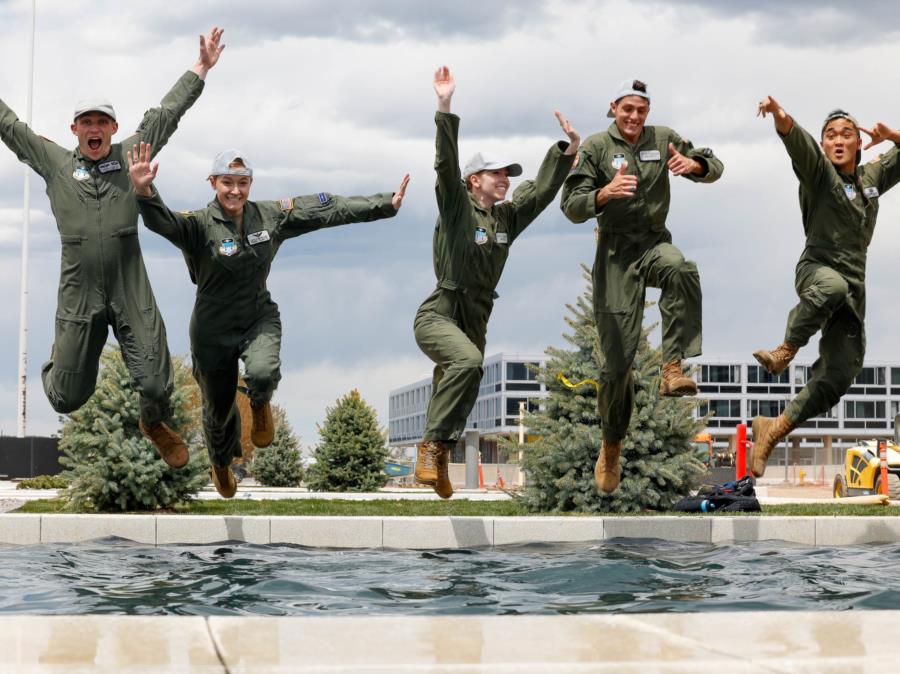 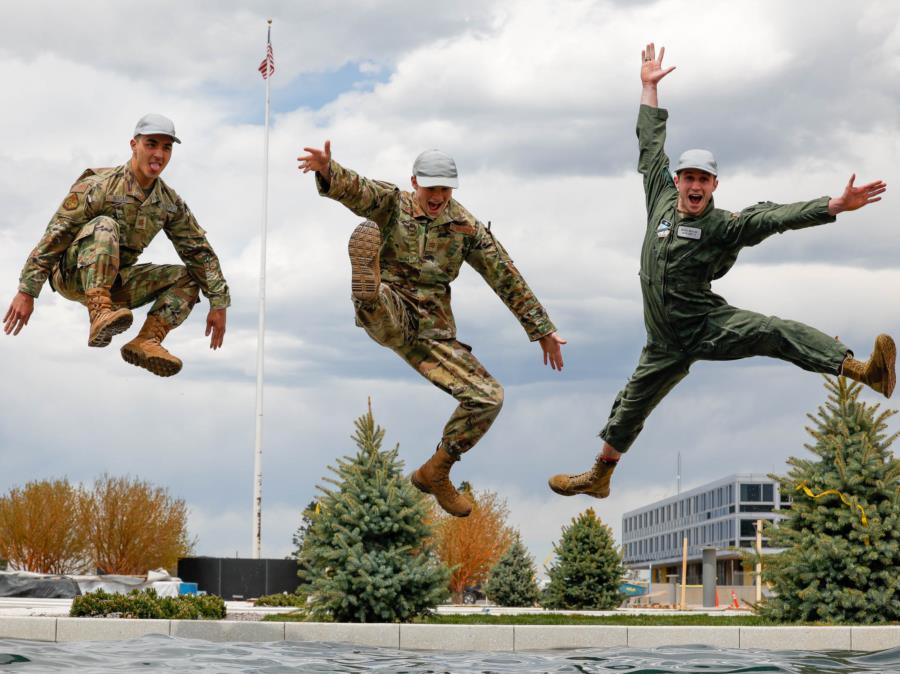 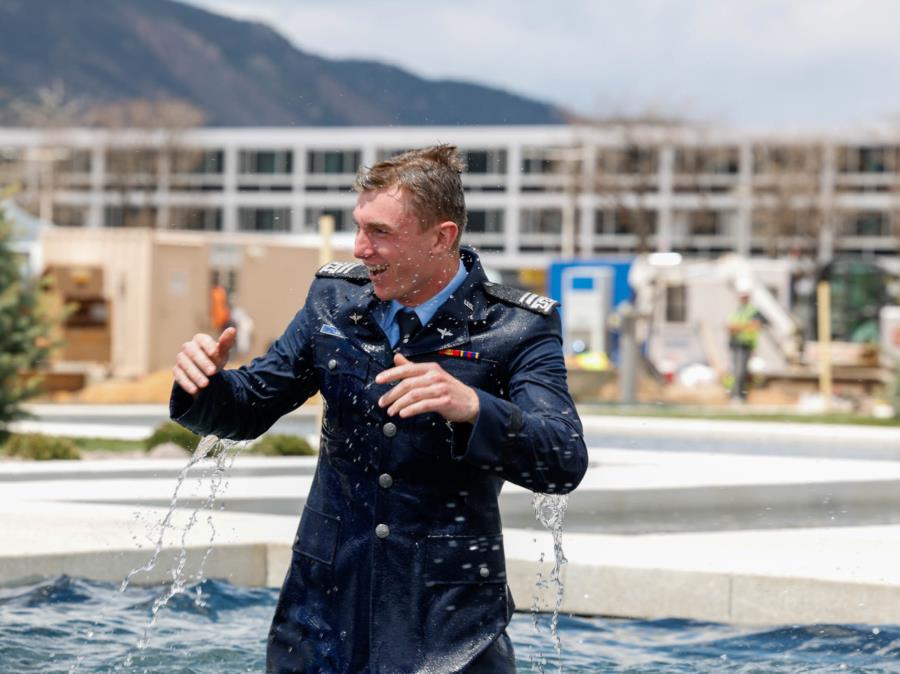 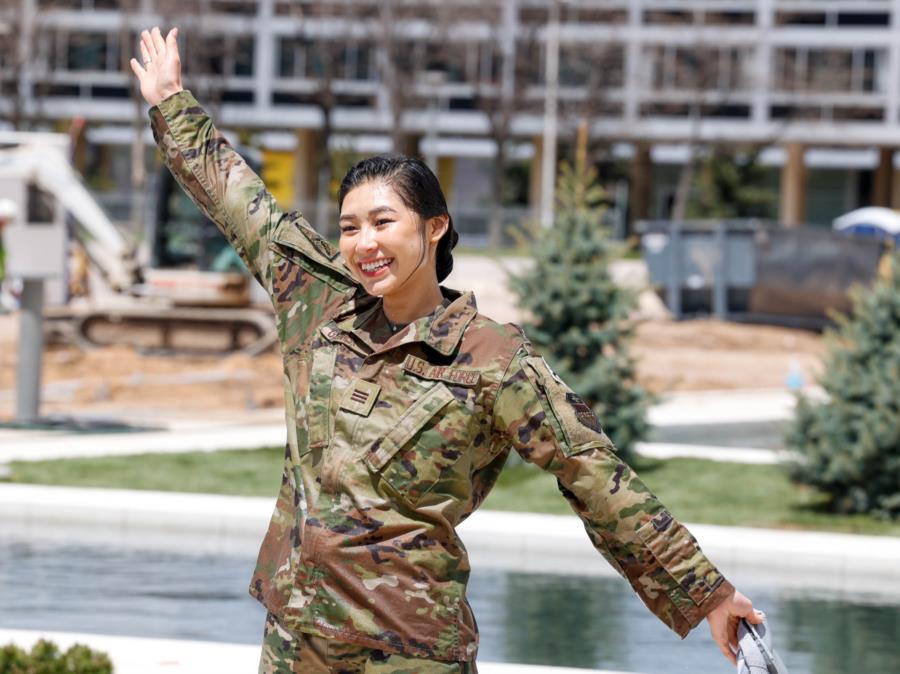 The Air Garden and Fountains have been under construction this past year. Once complete, the area will be returned to the original design of the 1950's by architect Dan Kiley.  The project was funded by the Classes of 1972, 1975, and 1976 and the Association of Graduates. 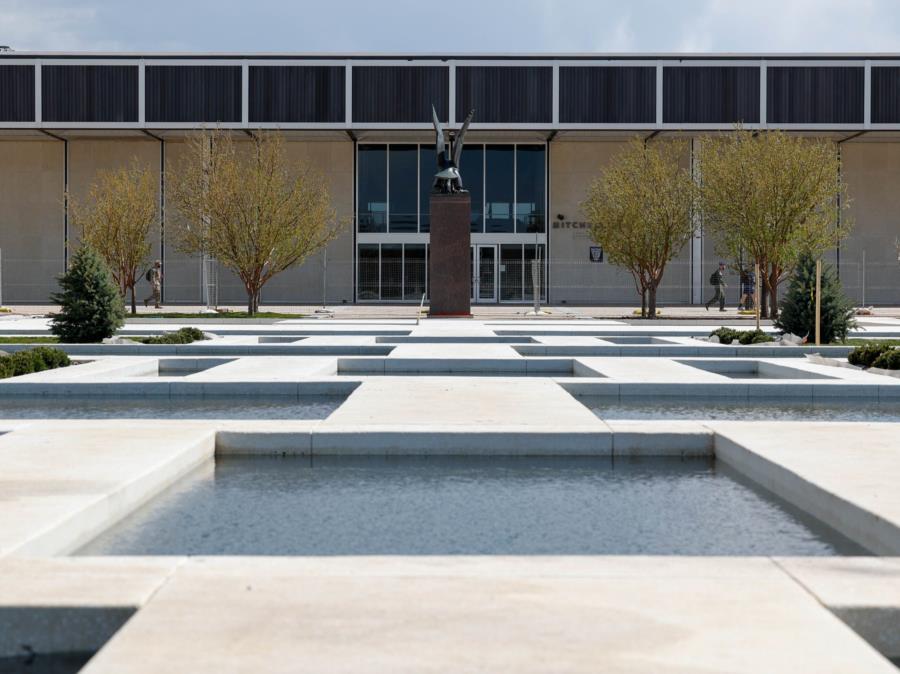 Although the area is still under construction, some of the pools have been filled allowing the Firsties to jump. Enjoy highlights from yesterday's jumps! 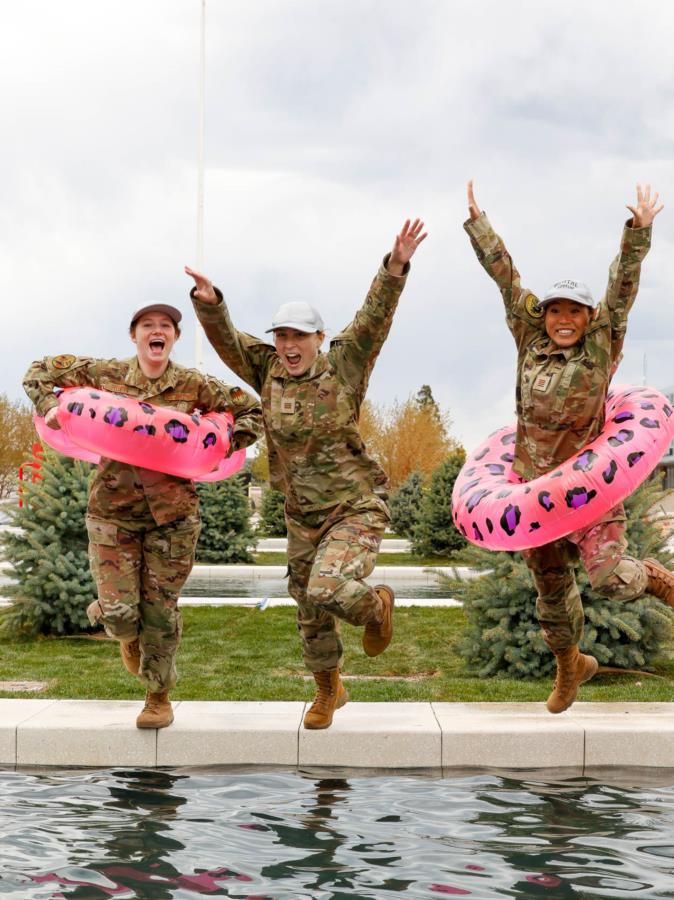 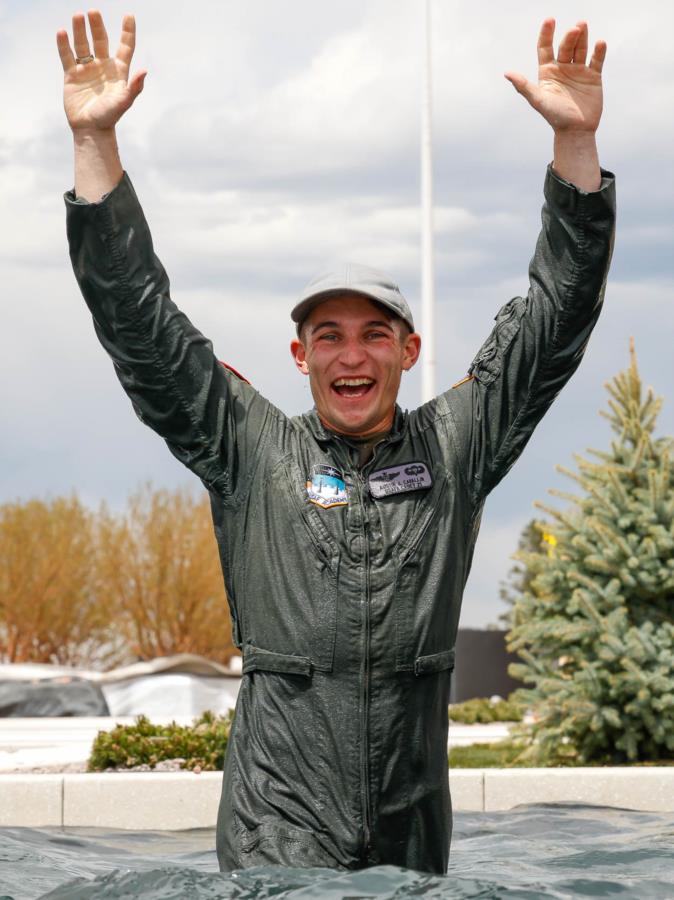 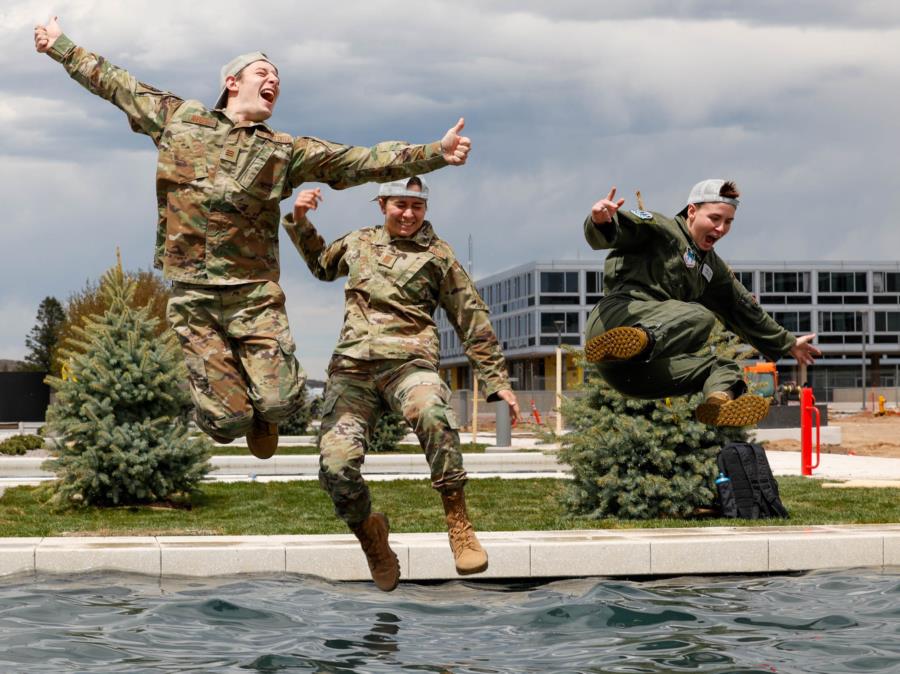 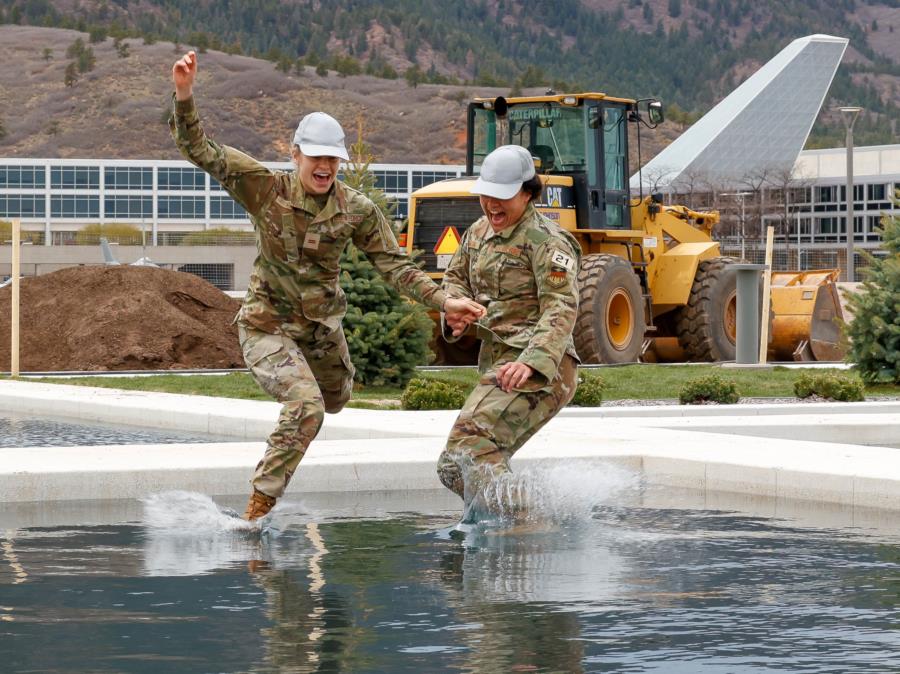 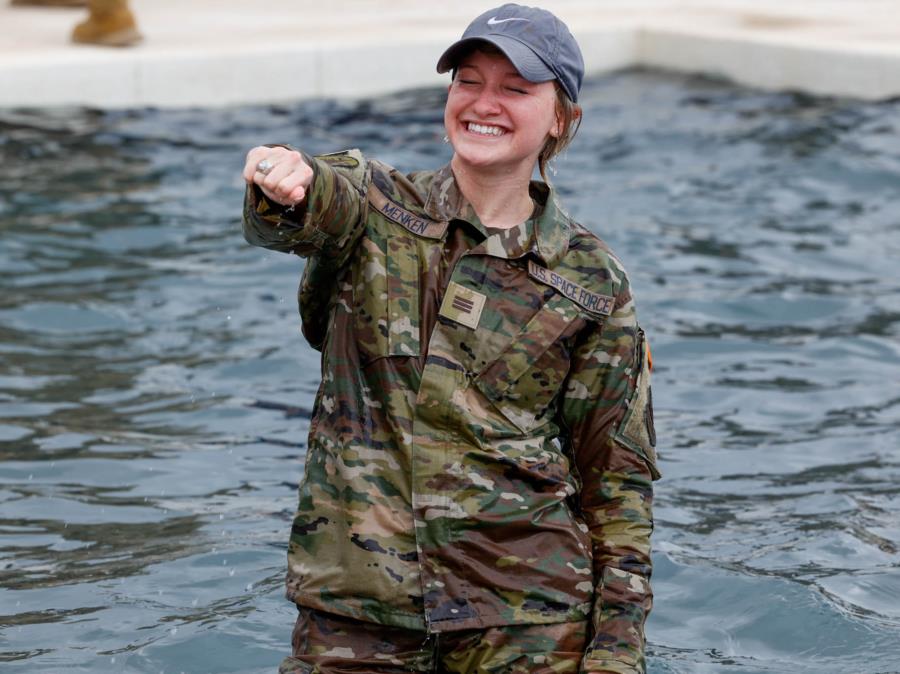 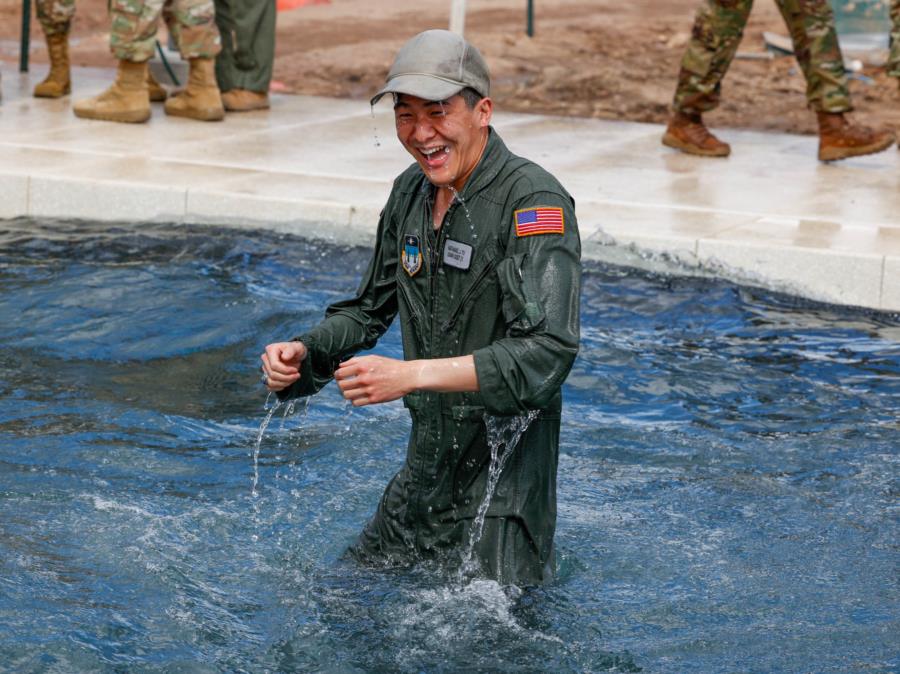 To view photos from the Friday, the first day of jumps, go to Galleries > Extracurricular > Graduation Week. Set photo order OLDEST to NEWEST. Select start page (4-29) or click on the link below.