As a group and as individuals, the Cadets on this team compete in different types of Computer puzzles and problems.

There are three main styles of Competitions that they are involved in. Capture The Flag (CTF), Defense Competitions and Mixed-Mode (Attack/Defense.)

Capture The Flag - Involves a large number of problems (machines with vulnerable services, vulnerable web sites, encrypted files). Each problem has a file called a “flag”, which is turned in for points (by breaking into the machine, decrypting the file, etc.)

Defense Competitions – Each team is given a network to defend against a neutral red team.

Mixed-Mode – Each team is given an identical network, and both attacks other teams and defends their network.

The CCT Cadets practice 8 hours a week and they compete in roughly 15 competitions every year. Most right here at USAFA, but some they have to travel for. This week, 2 teams of 4 Cadets each will be traveling to Conneticut for a competition. 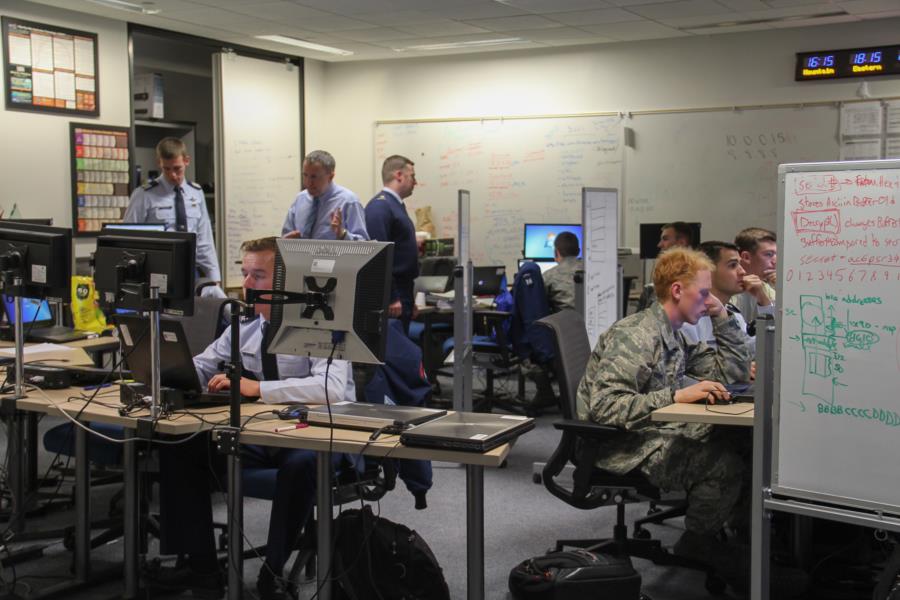 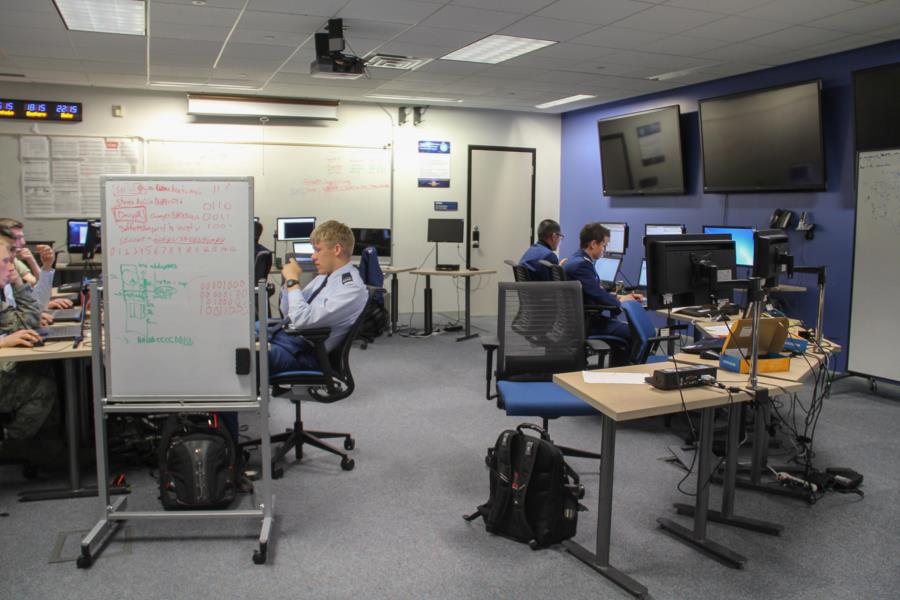 To see the pictures of some of the Cadets on this team, go to Galleries - Extracurricular - Cadet Clubs. Or click the link below.