We attended the most recent Quarterly Cadet Food Focus Group this month. 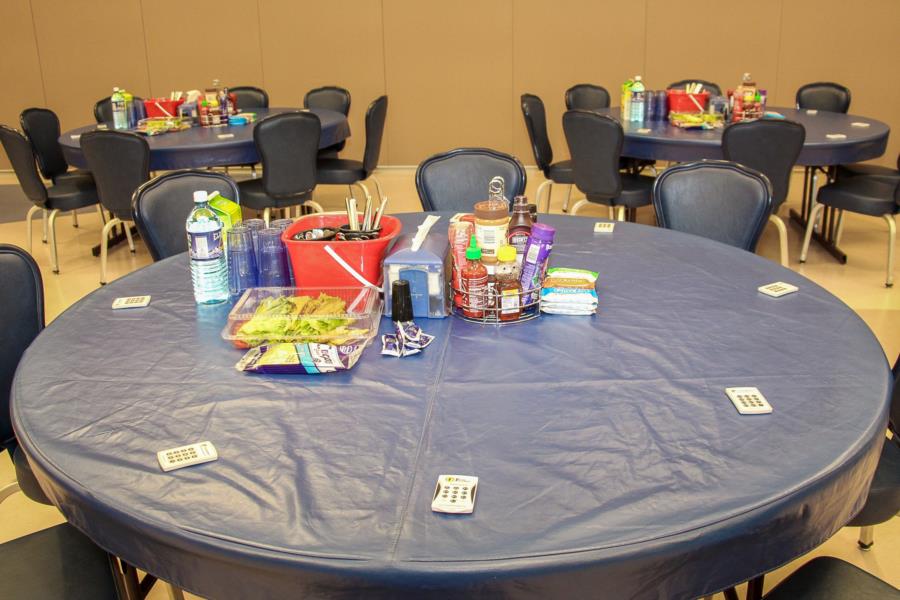 At each table they had several things for the Cadets to taste test and when they were ready to vote on them, each Cadet was provided with a clicker. Which when used to vote on an item could be instantly viewed on screen for the Mitchell Hall staff and the cadets participating to see as feedback. They had the opportunity to try Sliced Corned Beef, Marble Rye Bread, Eggplant Confit, Mac & Cheese "A" and Mac & Cheese "B" - one was currently in rotation at Mitch's and the other was one they were thinking to replace it. They also got to try Sweet Potato Mini Puffs, Otis Spunkmeyer Muffins and Phive Bars. When they voted on each item they voted whether or not they liked the item and if they preferred it more or less to an item that was currently being served in Mitchell Hall. 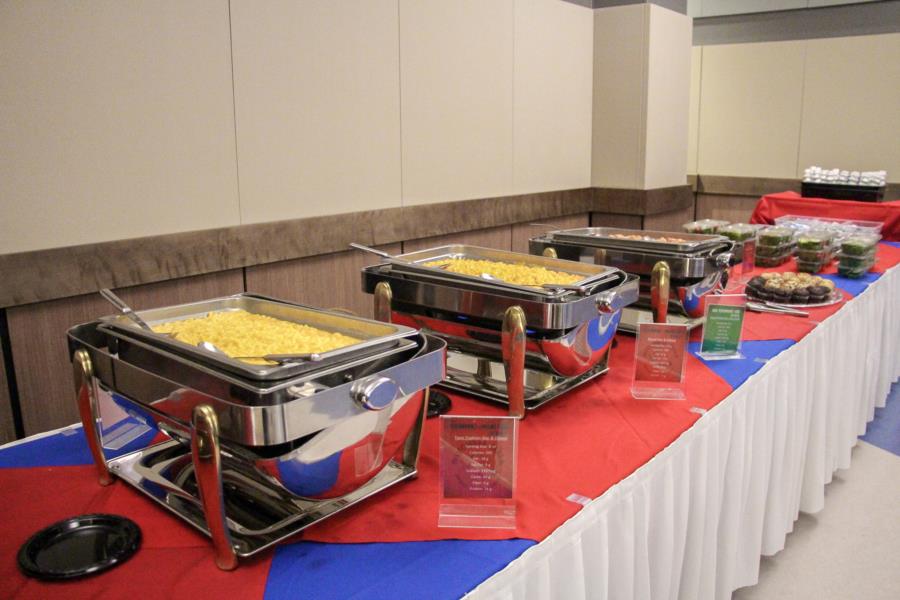 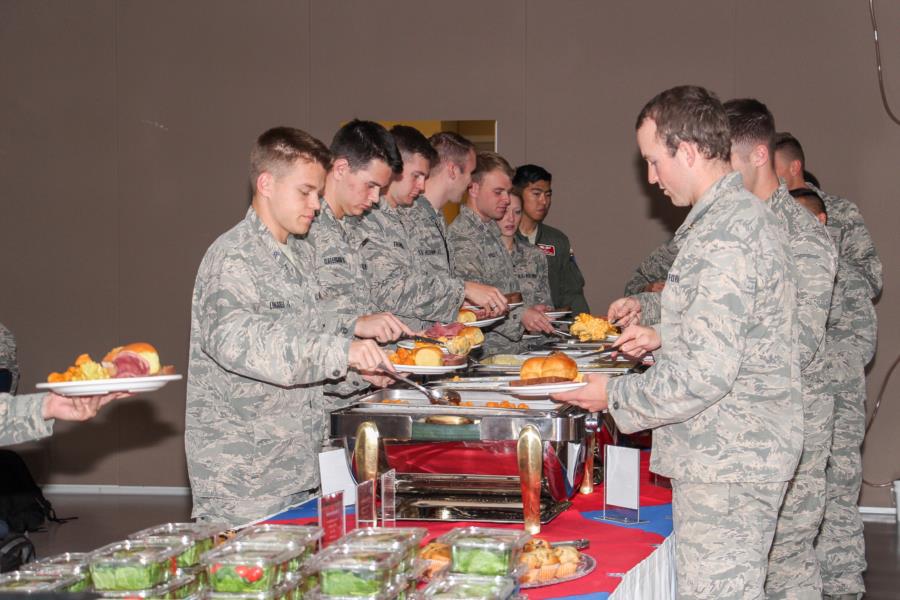 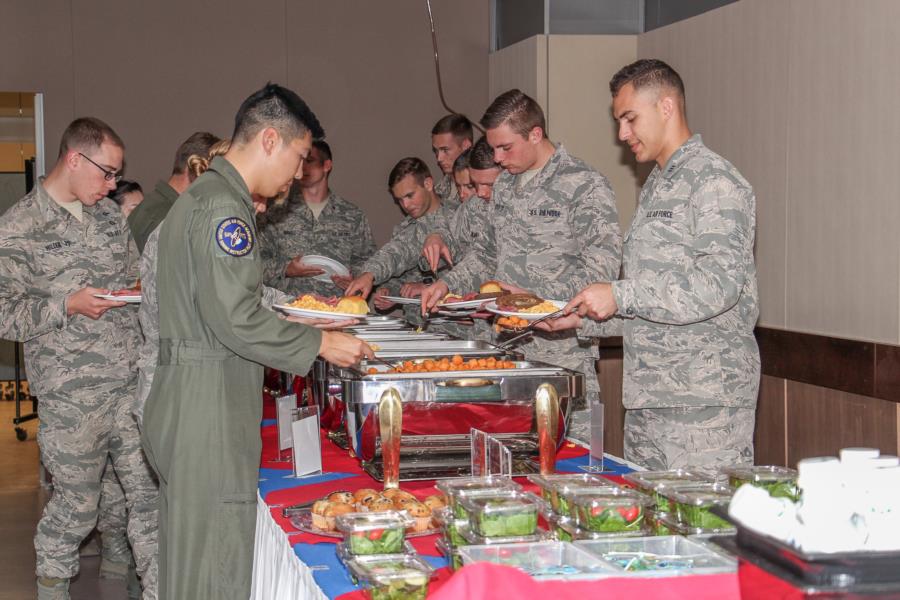 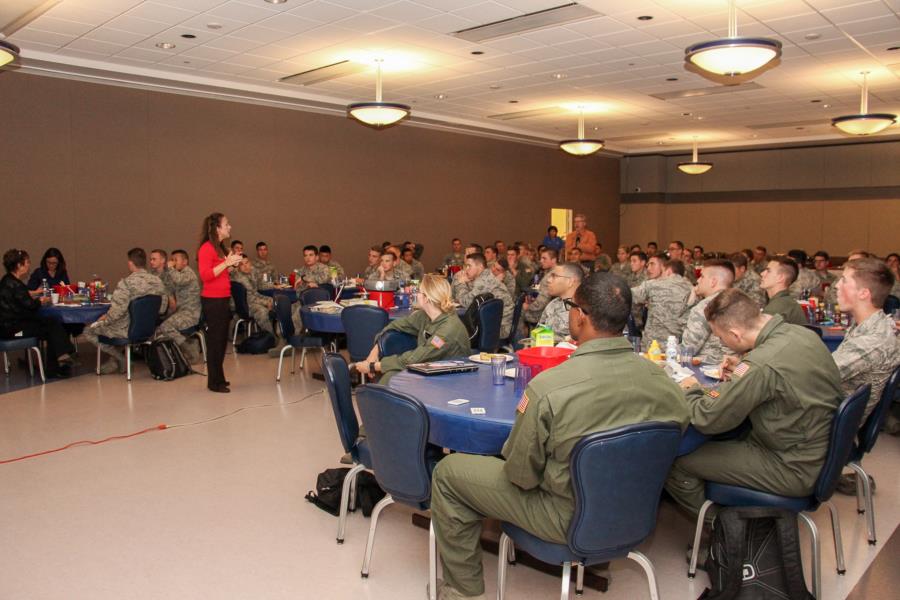