This Week In Airmanship

This week we were able to cover Jump, RPA and Powered Flight. Today was the end of the 1st Period, starting next week we will have new coverage of all of the next group of Cadets going through the Upperclassman Programs as well as the start of BCT! Scroll down for some highlights of our Upperclassman coverage this week.

3rd Class Cadets this summer will participate in AM-490, in other words Jump! It is one of the more challenging programs provided by USAFA, a parachuting training course that is the only location in the world where students perform their first jump all by themselves. Its purpose is to develop leadership traits through overcoming their own fears. They will be given instruction in basic free fall parachuting and familiarization with emergency parachuting. The successful completion of 5 Jumps results in award of the Air Force basic parachutist badge and completion during summer before sophomore year fills one of the few military training requirements that Cadets at USAFA have. Several hundred Cadets over the course of this summer will have to STAND IN THE DOOR.

Below a cadet is practicing his arch while waiting for his next jump. 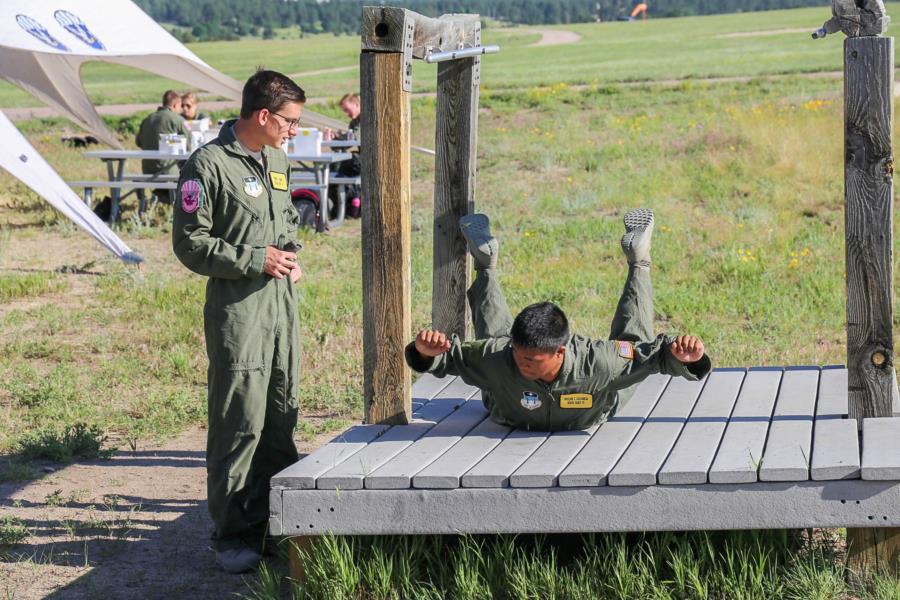 These Cadets are on their way up for their final Jump in 490! 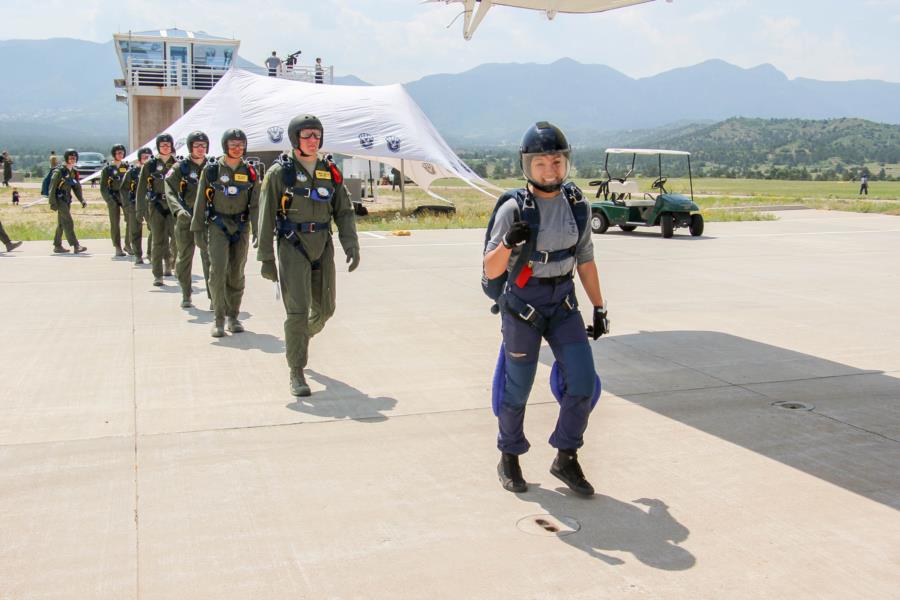 This group just came back from completing their final jump! Next stop, getting their wings pinned on! 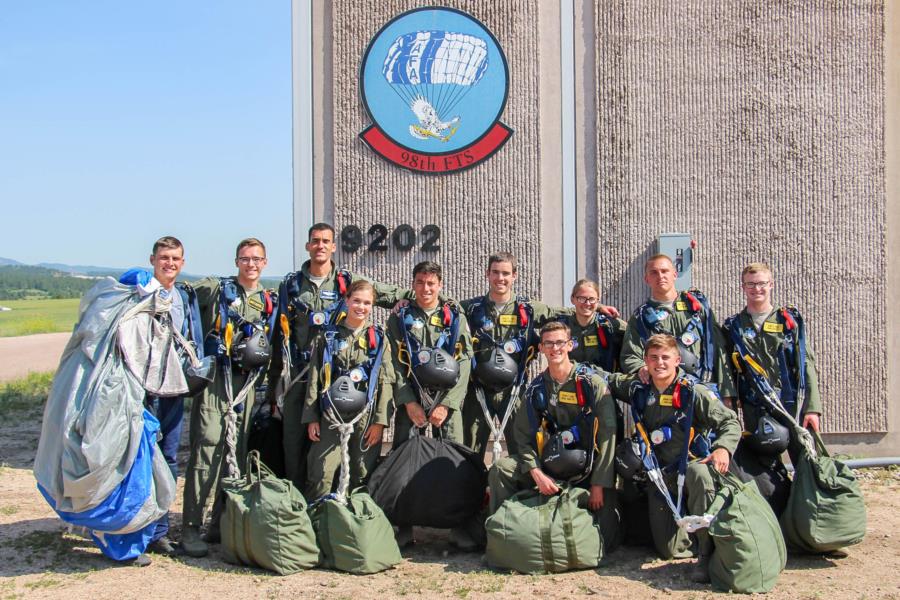 To view the rest of the pictures from Jump, go to Classes - 2019 - Jump! Or click the link below.

The Powered Flight Program is a capstone course that serves as a culmination of a cadet’s aviation education. Lessons in Air Force heritage and principles of engineering are applied in real-life scenarios during nine flights in a single engine propeller driven aircraft. The training includes ground and flight instruction using T-53s, military instructors provide a basic introduction to Air Force pilot training and the experience of powered flight. Based on proficiency, approximately 50% of these students will solo. The training includes ground and flight instruction under an Air Education and Training Command (AETC) flying syllabus. 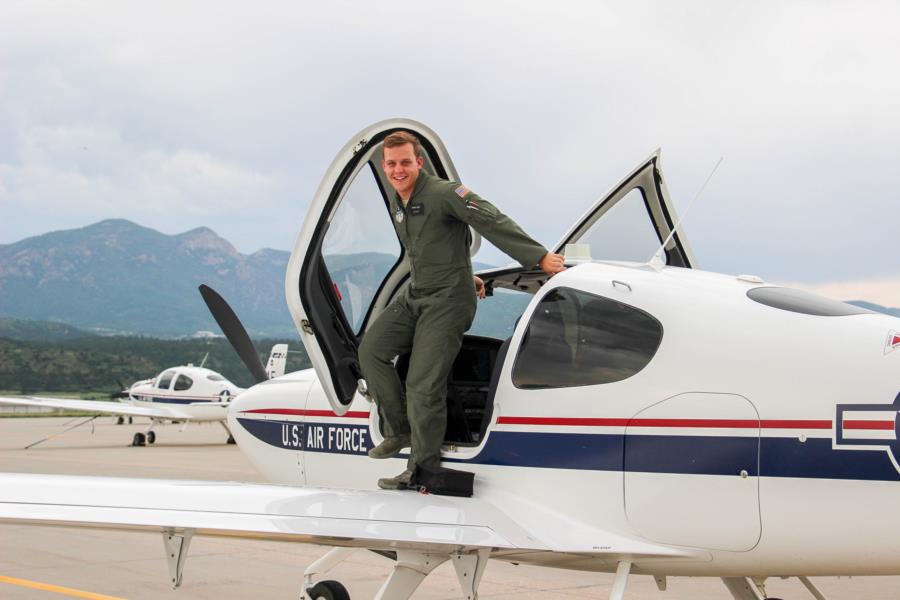 We happened to catch this cadet after his final flight, his co-pilot/instructor presented him with a Powered Flight Graduate Patch! 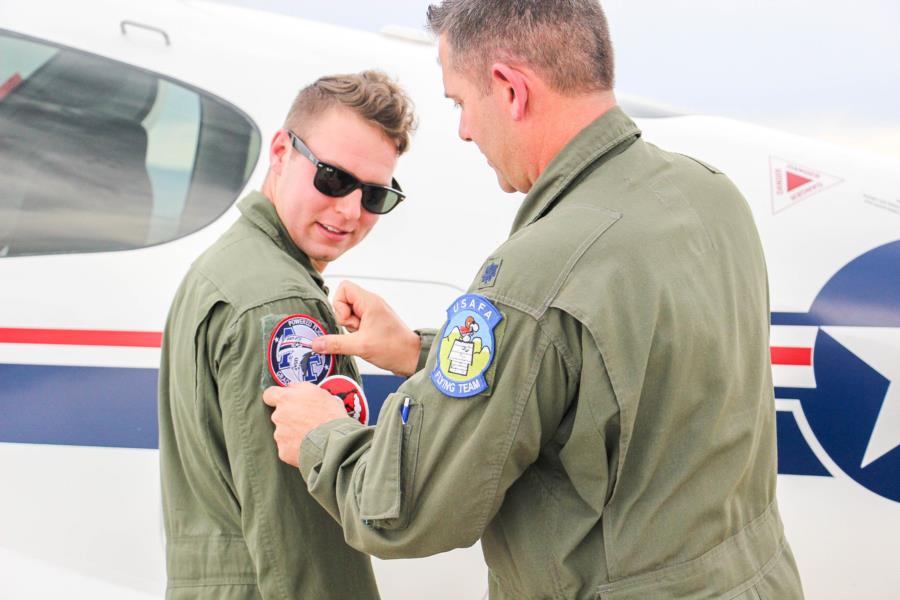 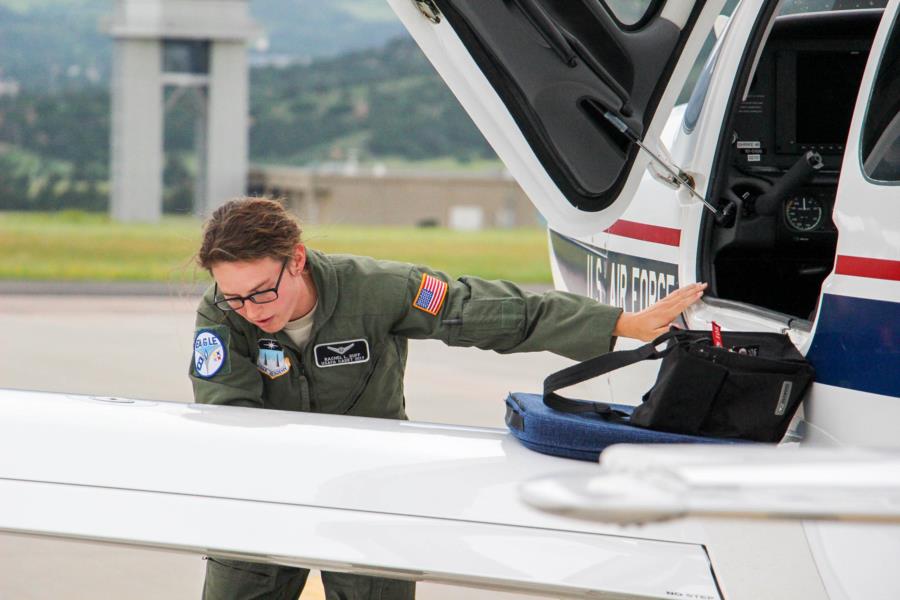 Cadets who take the Summer UAS (Unmanned Aircraft Systems) Program, otherwise known as RPA (Remote Piloted Aircraft) learn basic employment of UAS-RPA for intelligence, surveillance, and reconnaissance operations. This program is revolutionizing the ability to monitor and understand the global environment. These aircrafts are operated by remote pilots and range in wingspan from less than six feet to more than 115 feet.  UAS can also collect data from dangerous or remote areas. Ground school and RPA flight training using actual small RPAs, includes general airmanship concepts, basic RPA piloting skills training, and an introduction to real-world RPA tactics, techniques, and procedures. The flying portion includes approximately 7 sorties comprising 7 flight hours where students control UASs and UAS sensors using RPA strategies and procedures. Completion during summer before third-class year fills one military training requirement and following their years at USAFA will help prepare them to meet battlefield challenges they may encounter as officers in the Air Force. 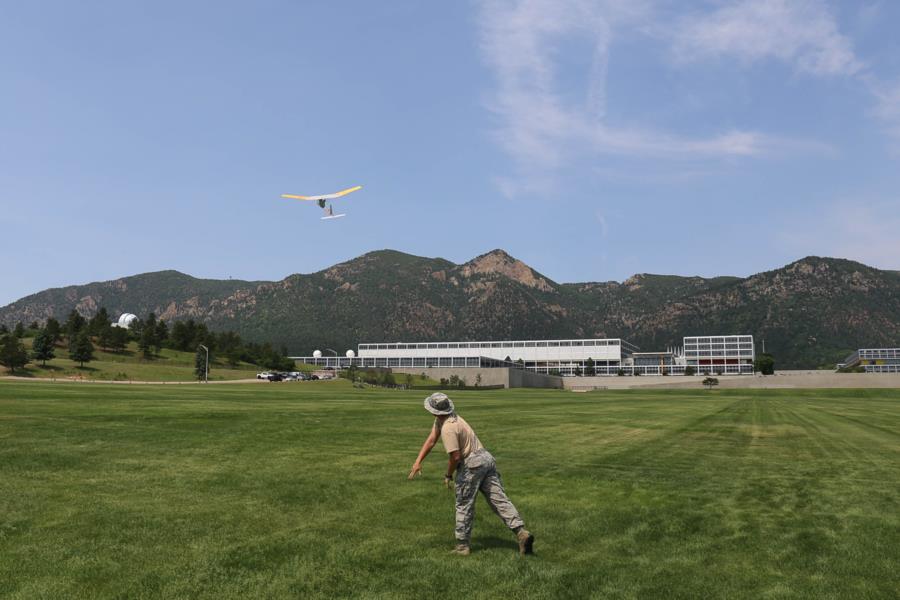 Cadets below are doing in-class simulations with RPA scenarios. 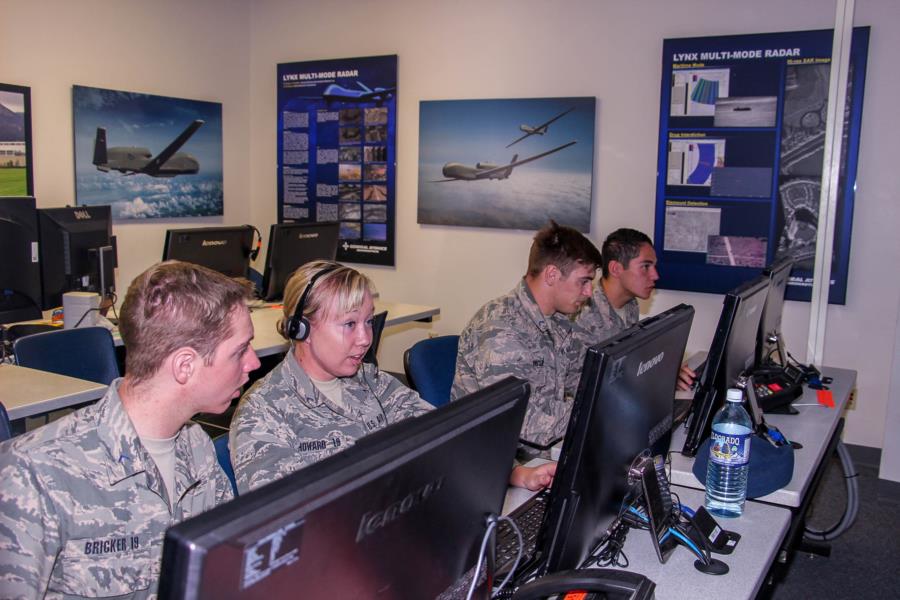 To view the rest of the pictures from RPA, go to Galleries - Airmanship - RPA. Or click the link below.