What a difference a day makes here in Colorado!  Wednesday's cadet particpants enjoyed a nice mid 70s afternoon, while the cadets on Thursday had to endure tempatures in the mid 30s. Unlike Wednesday, the cadets came out in thirds and only came out to the Terrazzo for the event that they were to participate in.

Third- and Fourth-Class Cadets from Groups 2 & 4 took part in The Warrior of the Hill Challenge on the Terrazzo, Wednesday afternoon. The upperclassman from these groups participated in panels, briefings and workshops, both in person and virtual. Due to the sensitive nature of the upper-class events, our photographers were out on the Terrazzo capturing the action at the Warrior of the Hill Challenge. 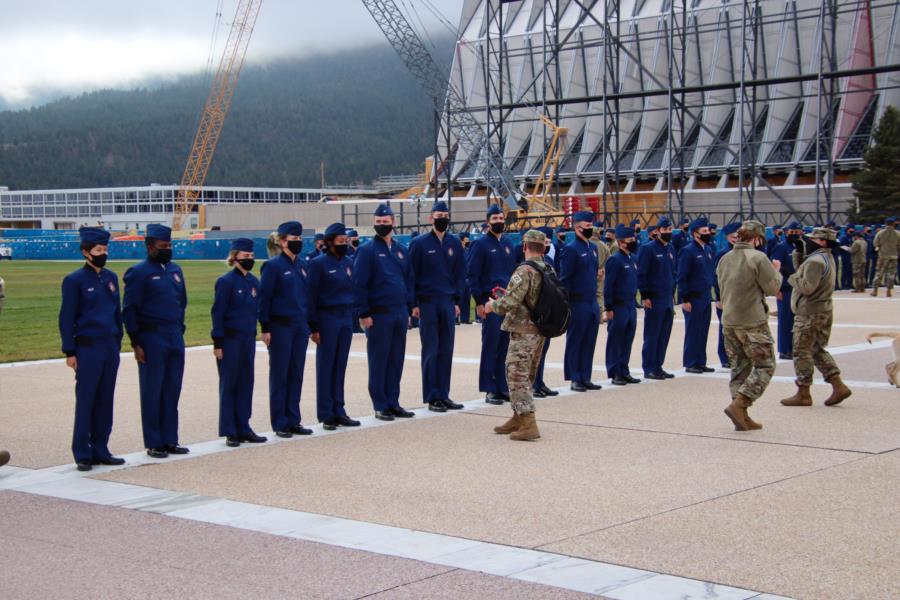 Warrior of the Hill training exercise consisted of three timed events on the Terrazzo. The third- and fourth-class cadets participated in one of three categories: Physical training, Military Professionalism, and Drill and ceremonies. 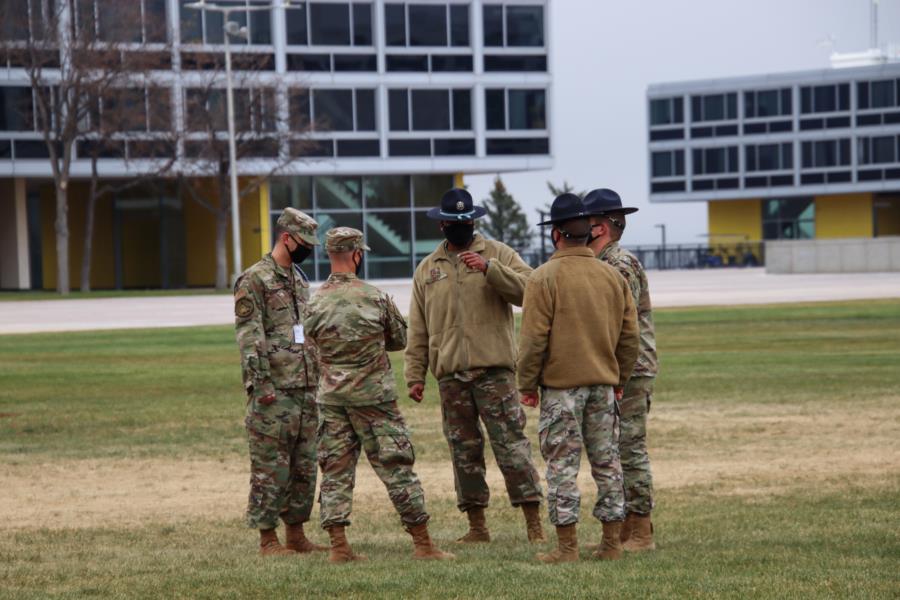 The Physical training events consisted of a run, long jumps up the hill and push-ups. 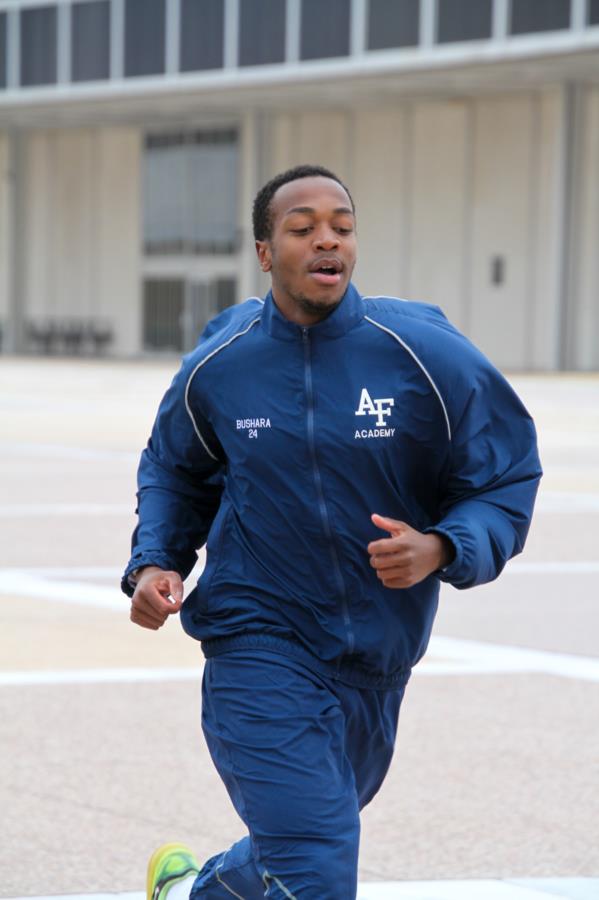 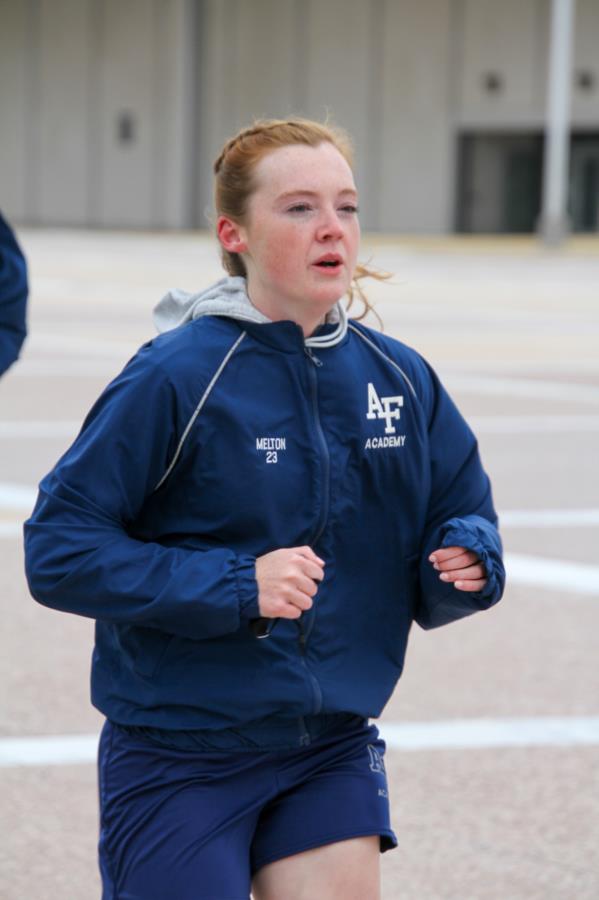 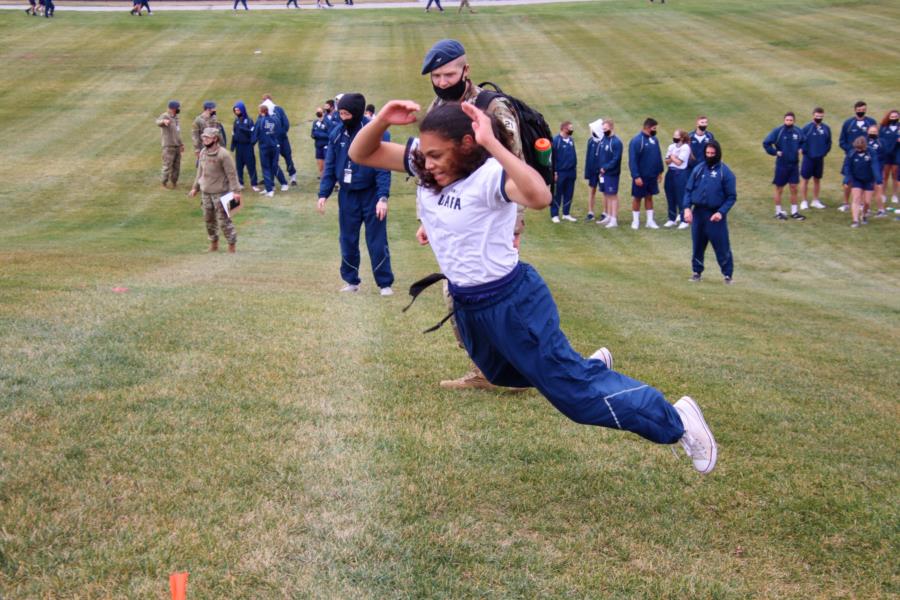 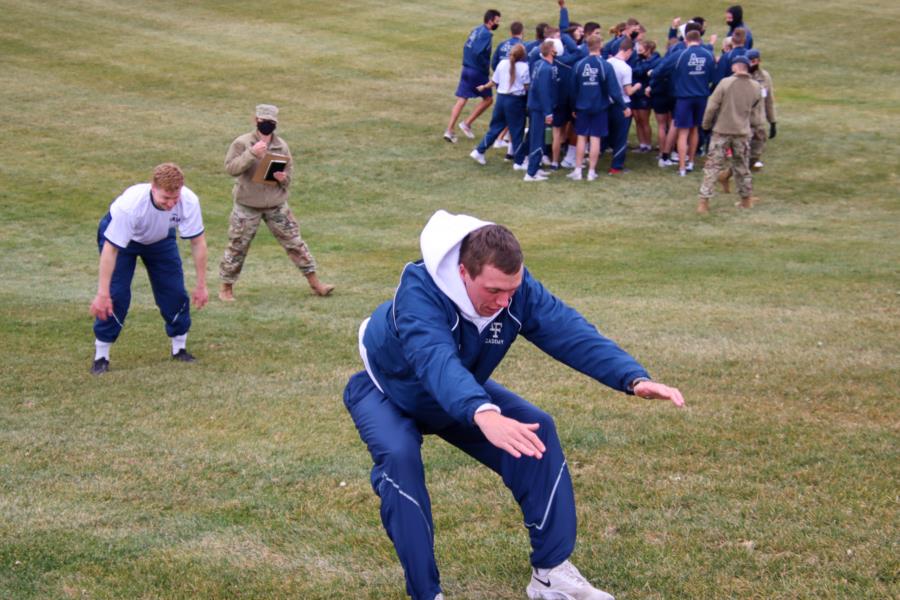 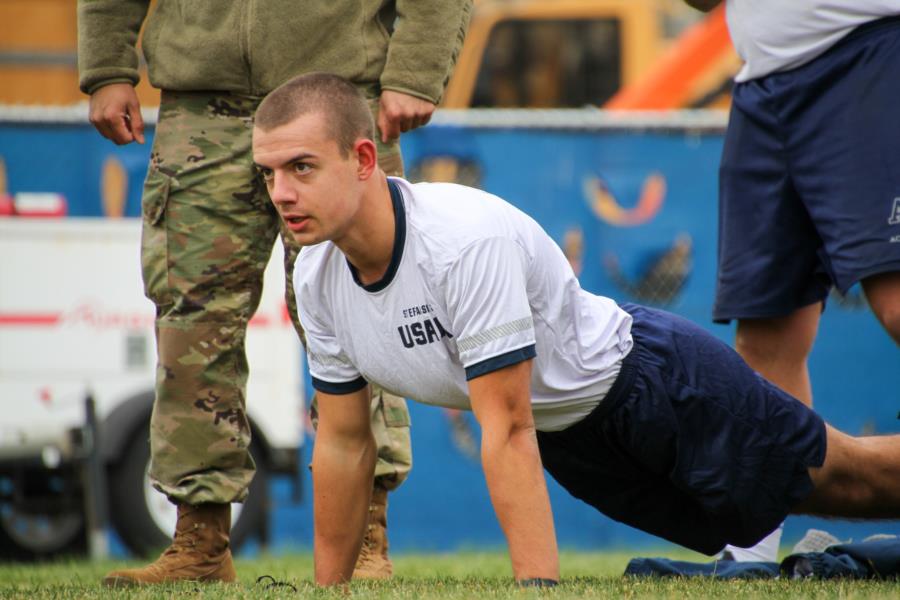 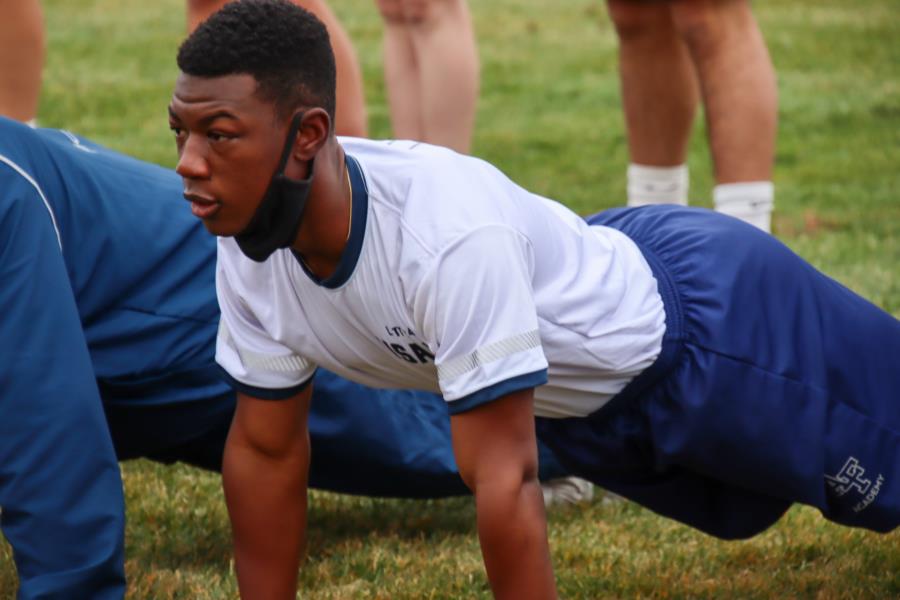 Military Professionalism: A select number of cadets were chosen to rush back to their dorm rooms and this time changed into their Blues from PC gear and returned to the Terrazzo as quickly as possible, then their uniforms and military knowledge were assessed. 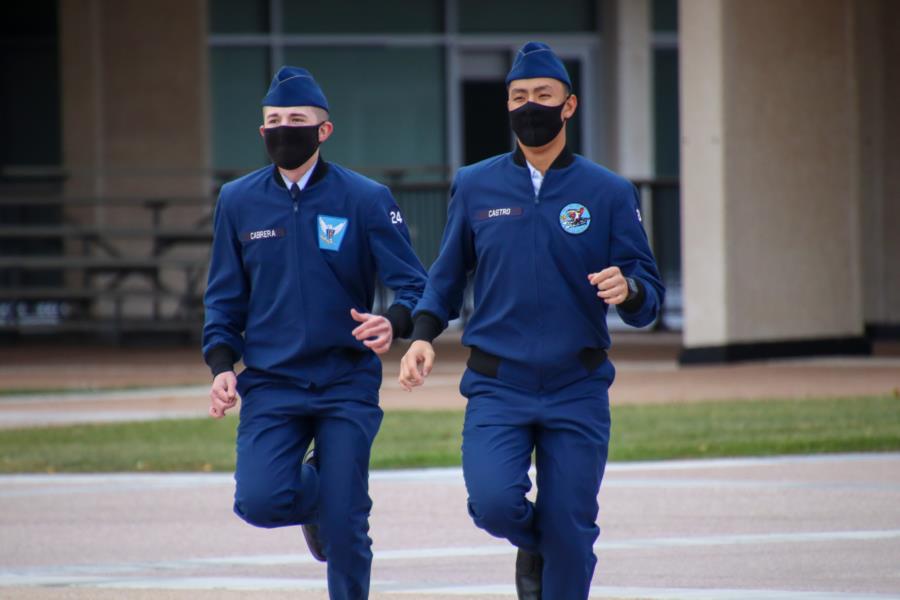 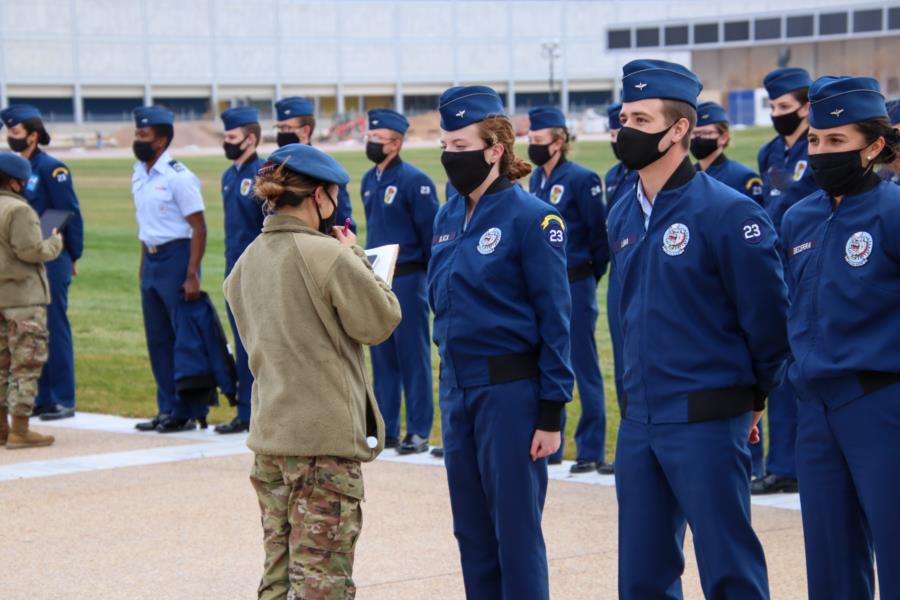 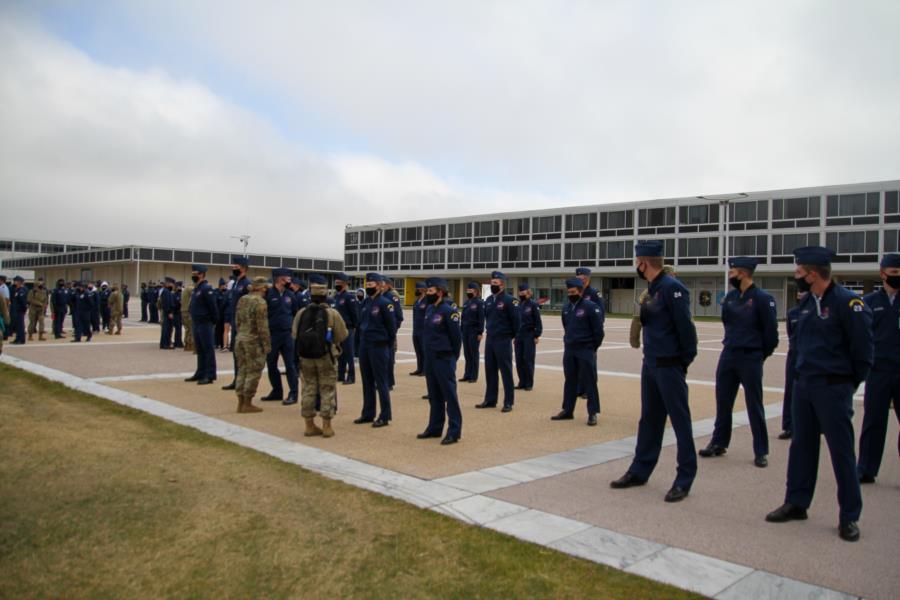 Drill Competition: A drill competition was held within each squadron and the top performers then competed in an overall Group competition. 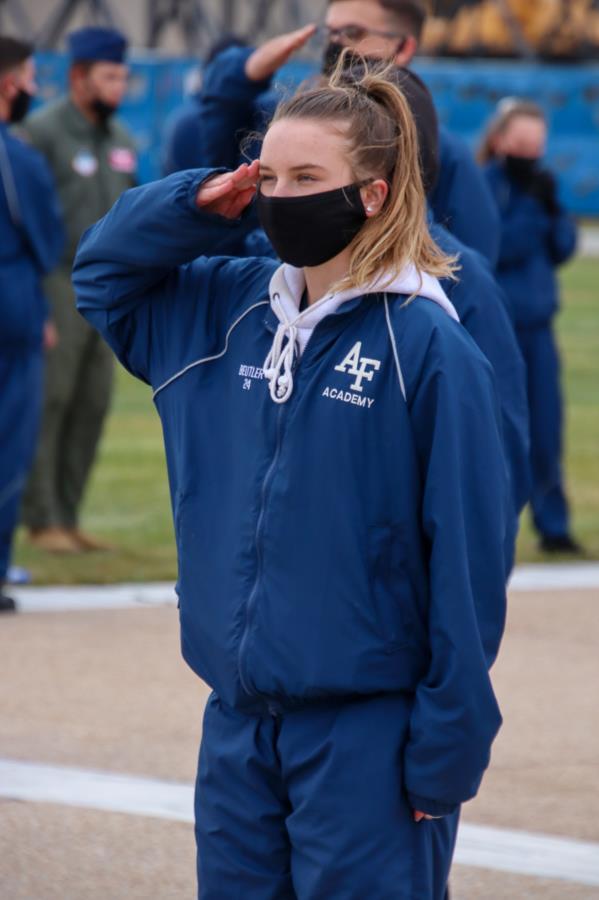 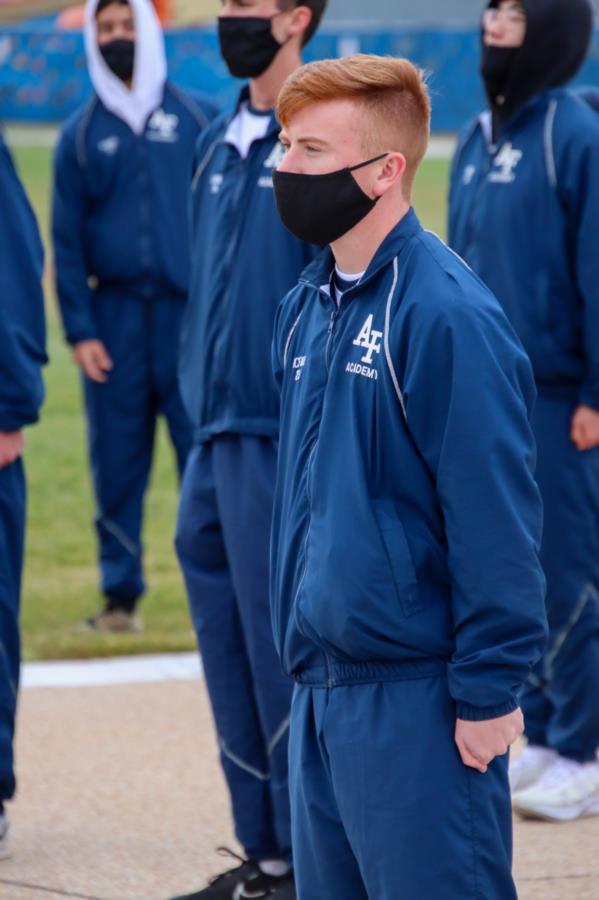 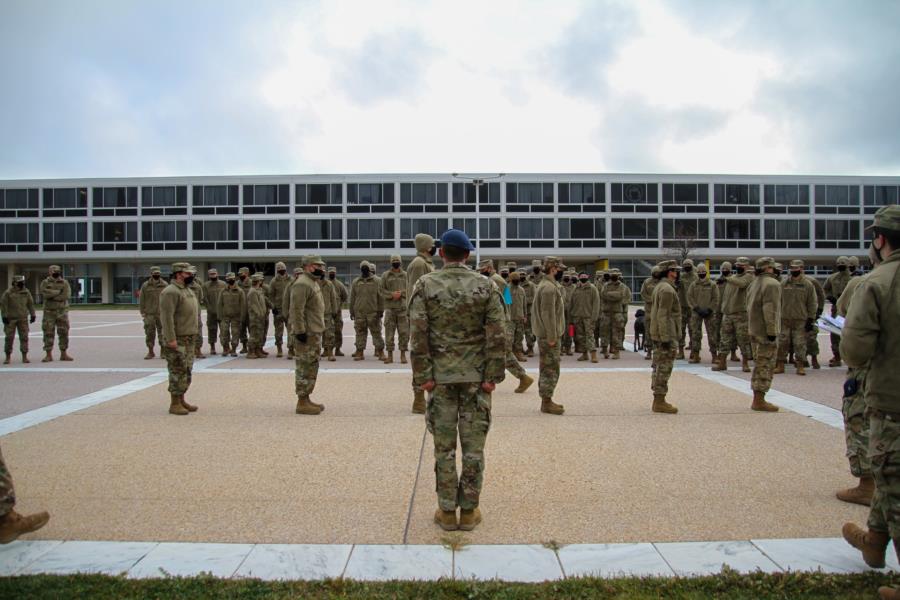 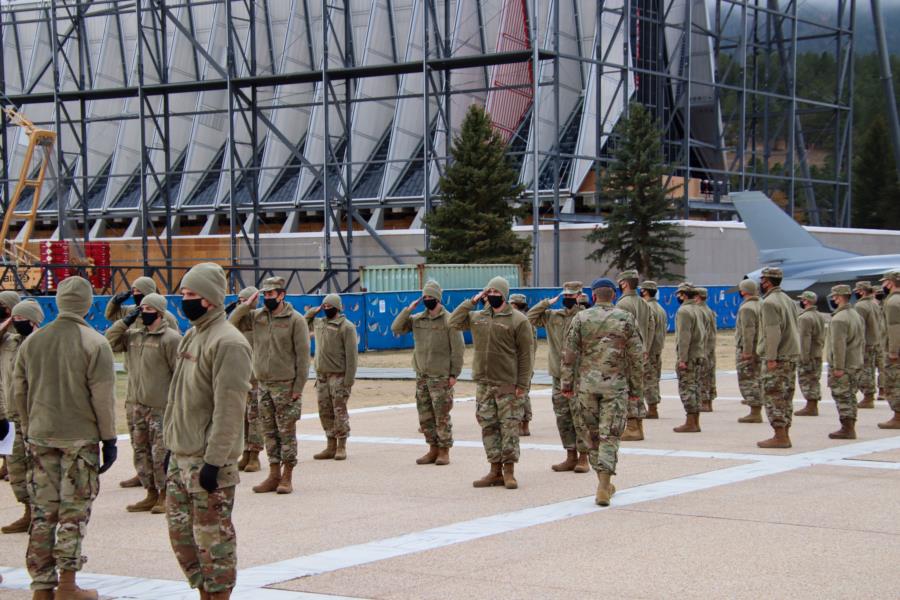 To view all the photos from the Warrior of the Hill Event, go to, Galleries > Military Training > Commandant's Challenge. The split between the 2 days is pg.30.

Warrior of the Hill