Recently we attended the 2nd Quarterly Cadet Food Focus Group for this Academic Year. Each year the Cadets have 4 quarterly focus groups. For the first 3, all four classes are involved. With the last one later on in the Spring semester, they ask the firsties to not participate because the staff rely on the response of the continuing student body.

What is the Purpose? It allows Cadets the opportunity to provide feedback to Shelly Morales - the Nutrition Program Director, Brooks Ford - USAFA's Mitchell Hall Dietitian, and the Mitchell Hall staff regarding menu items and other food issues. 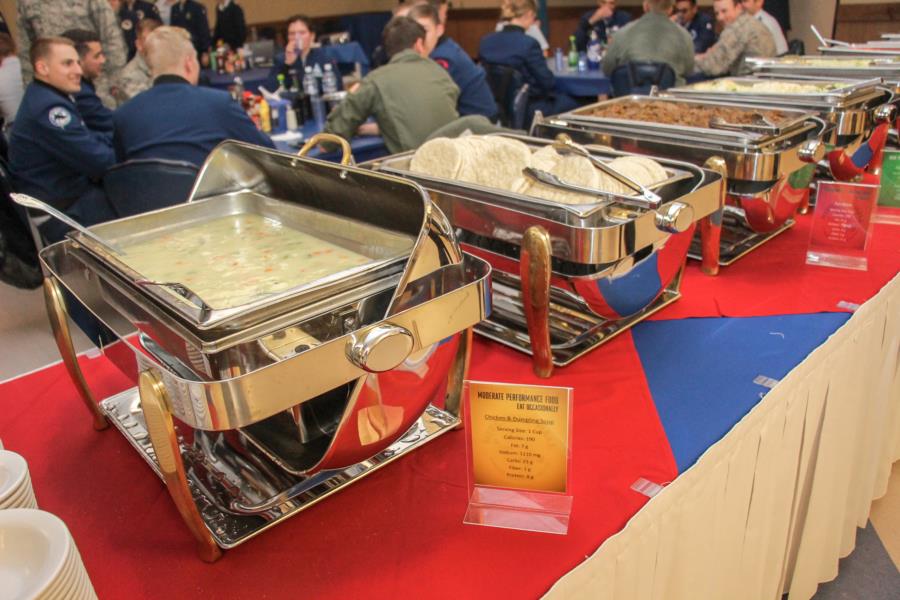 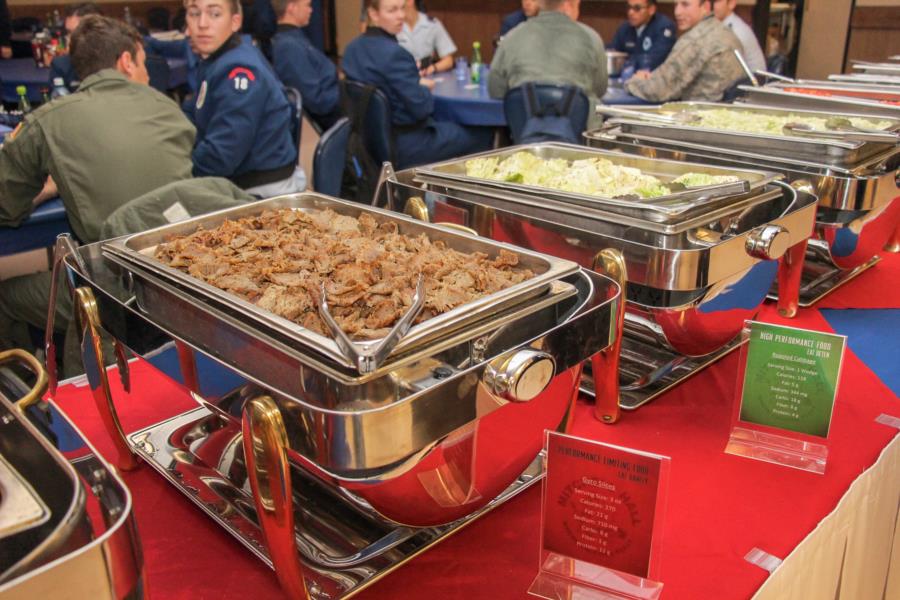 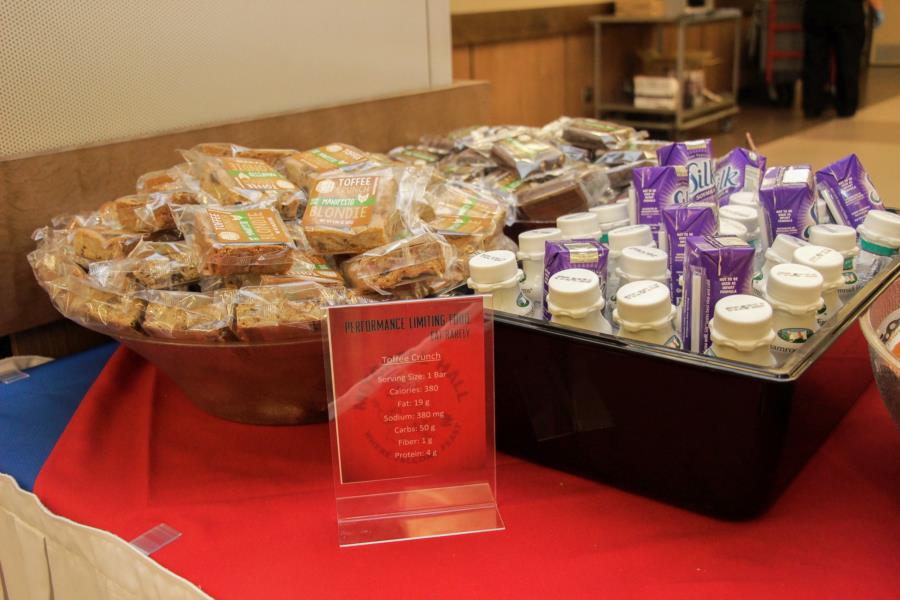 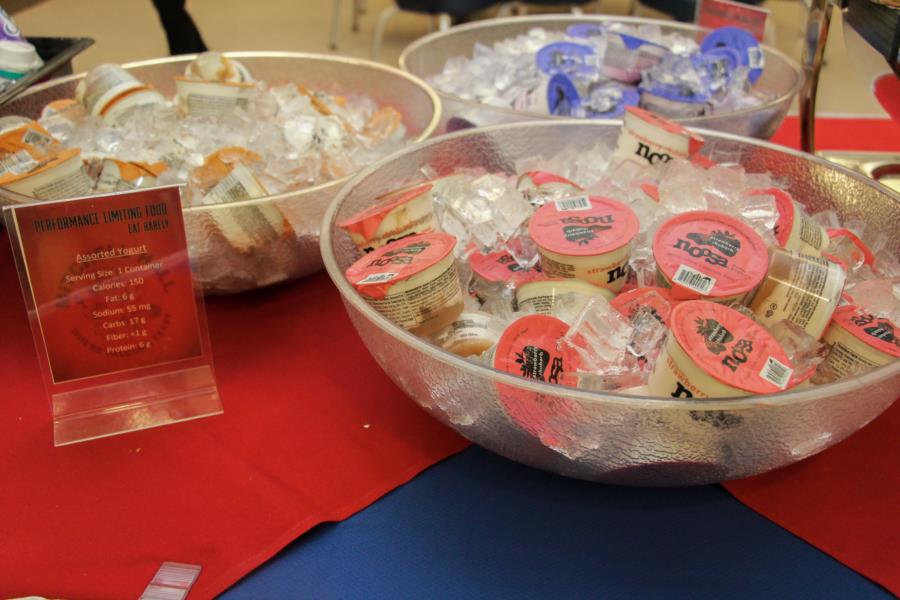 At each table they had several things for the Cadets to taste test and when they were ready to vote on them, each Cadet was provided with a clicker. Which when used to vote on an item could be instantly viewed on screen for the Mitchell Hall staff and the cadets participating to see as feedback. They had the opportunity to try a new Gyro Meat, Chicken & Dumpling Soup, Honey Cone Cabbage, Toffee Crunch Blondie, Peruvian Chocolate Brownie, Noosa Yogurt, and Perrier. When they voted on each item they voted whether or not they liked the item and if they preferred it more or less to an item that was currently being served in Mitchell Hall. 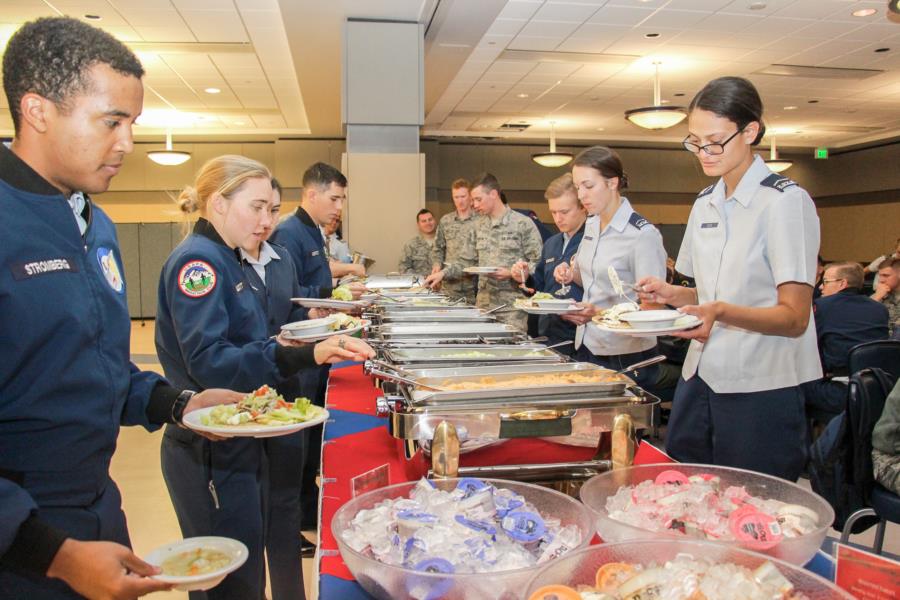 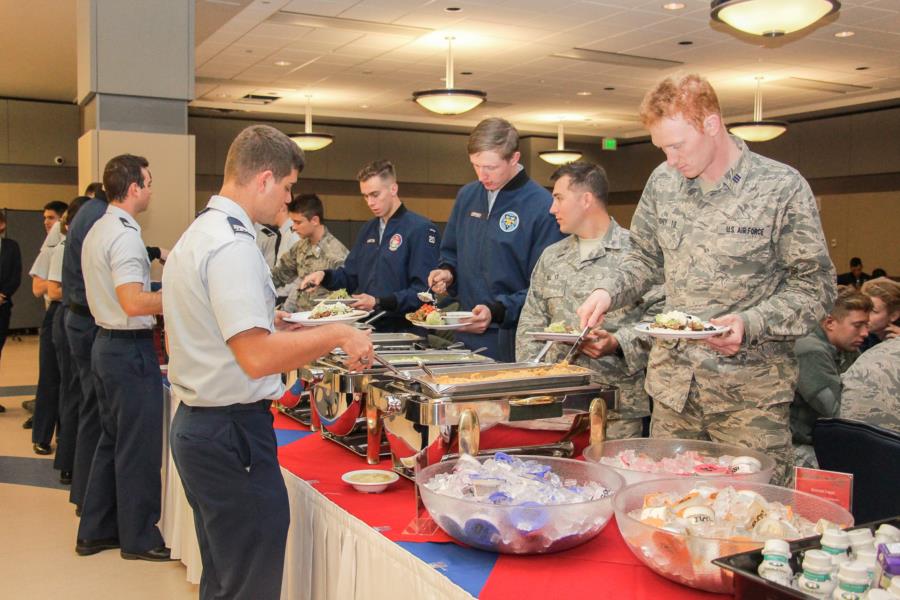 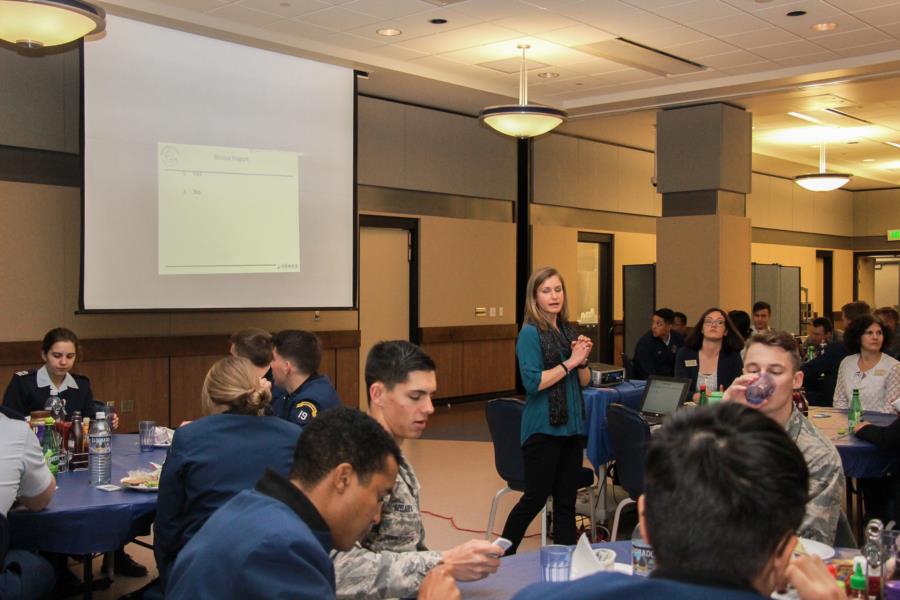 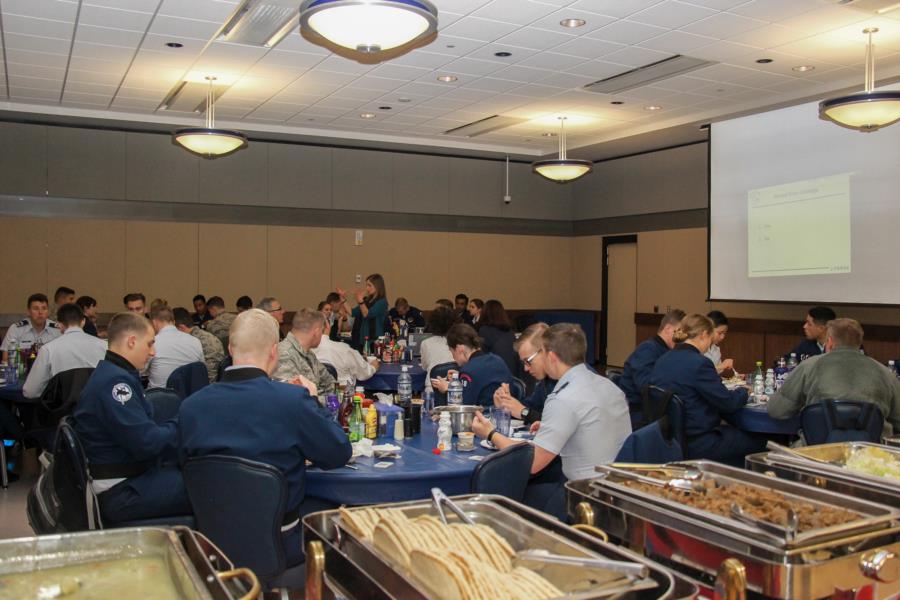