Going into the Academic Year means we are now getting to cover a wide variety of activities, including clubs. This morning we were able to catch the Speech and Debate Team in action in Fairchild. They were having a scrimmage with students from Colorado State Puebo and Colorado Boulder.

Everyone was split into two groups, the Affirmative and Negative view point. People were grouped in teams of two (affirmative) against two (negative) for this debate. Before they scattered and started their debate each view point has about 15-20 minutes to prepare for the topic of discussion.

We covered the first round, their question of debate was;

I wonder how this debate went?! You'll have to ask your Cadet if they're on the Speech and Debate Team! 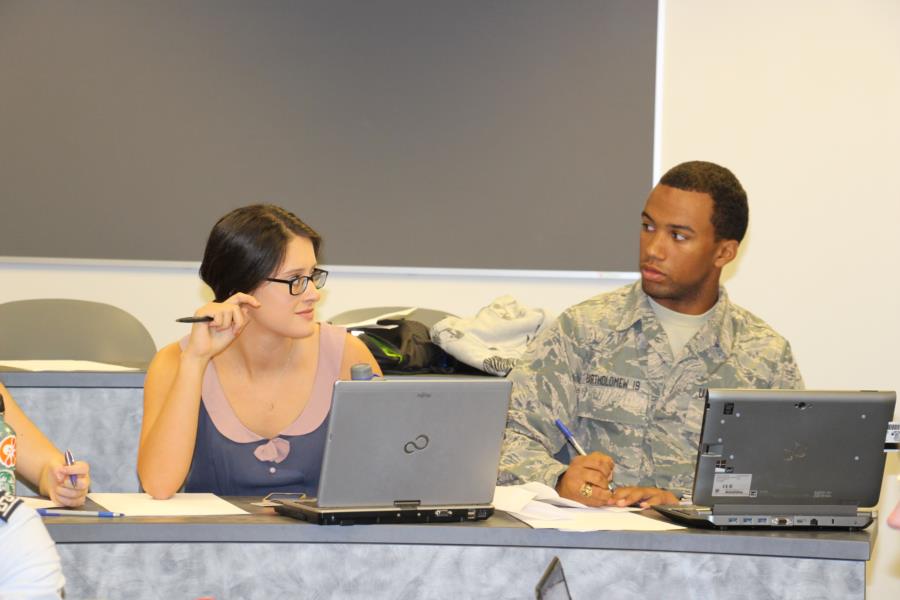 Oh the look of determination, or disagreement?

We got to catch half of the students from the other schools and the Cadets, preparing their vocal cords for quick debate, check it out. They did this for about 3 minutes on and off before splitting up into their groups.

Click here to view the pictures in the Cadet Club Gallery!