They brought Chik-Fil-A, Pies, Cupcakes and so much more!

Cadets from Georgia and their guests looked to be having a great time!

During the entire event on a large projection screen on stage, the Parents Club had a video loop of their Cadets with a picture of them from their childhood as well as a picture of them while at the Academy, it was awesome to see and the Cadets got a kick over seeing their friends childhood pictures.

Cadets participated in a Scavenger hunt for prizes they could win, in the clip below the Cadets in the scavenger hunt had to find someone in the crowd who could juggle. How do you think they did?

They had a photo booth with different items the Cadets could chose from to pose with as well as a selfie stick if they wanted to take their own picture, as well as a bean bag toss setup and several other activities. 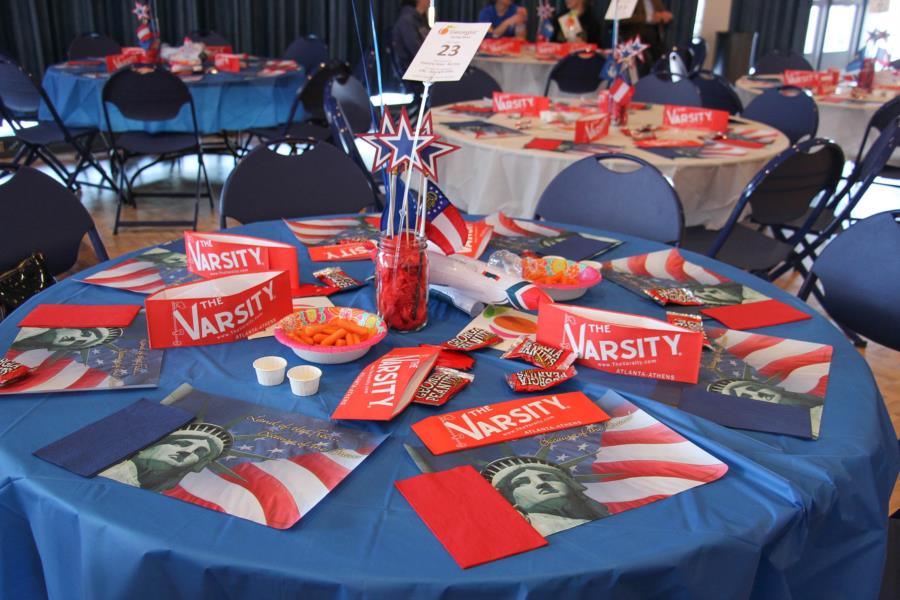 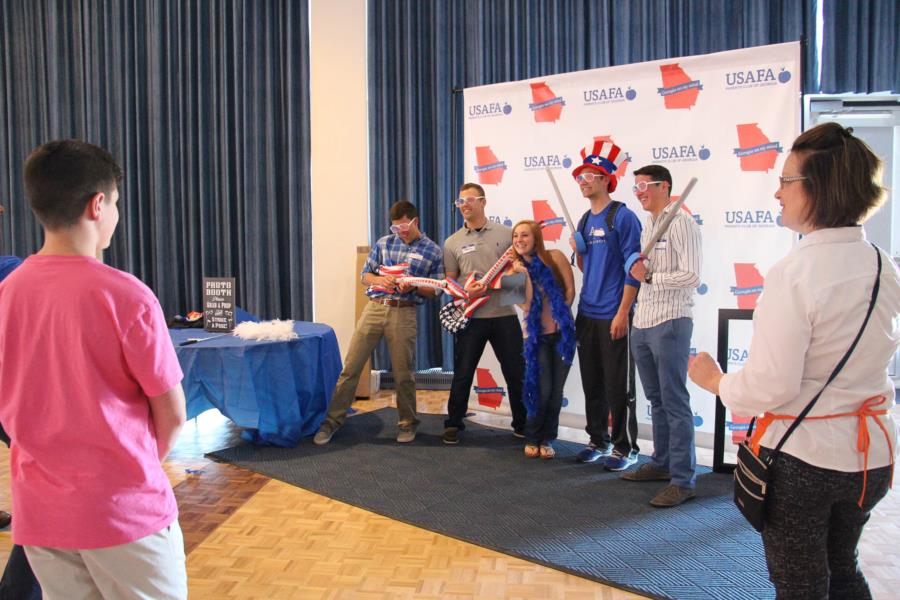 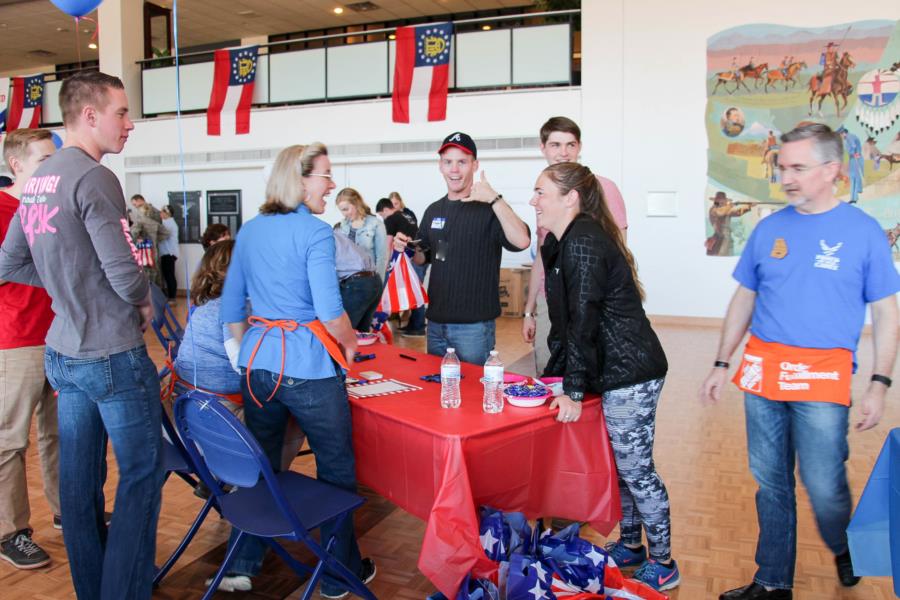 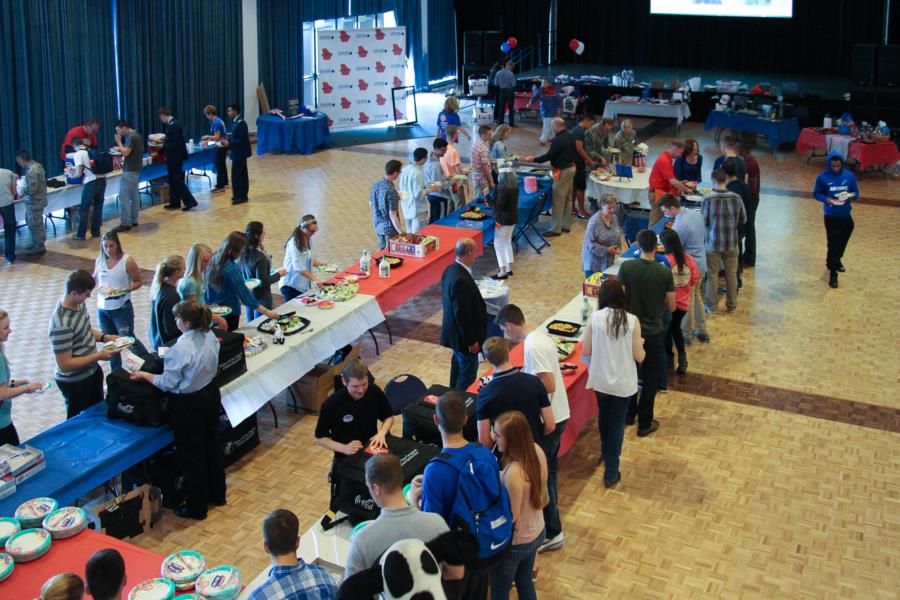 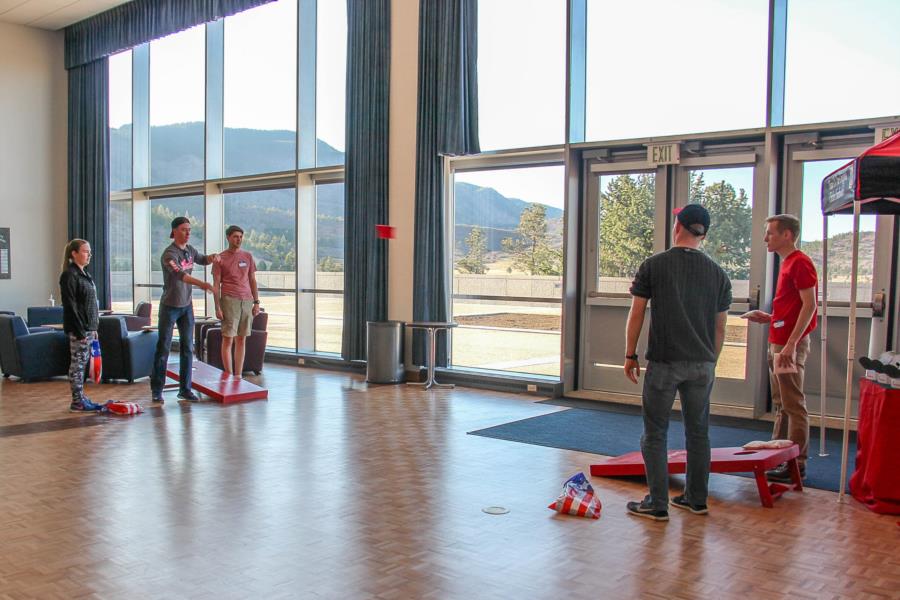 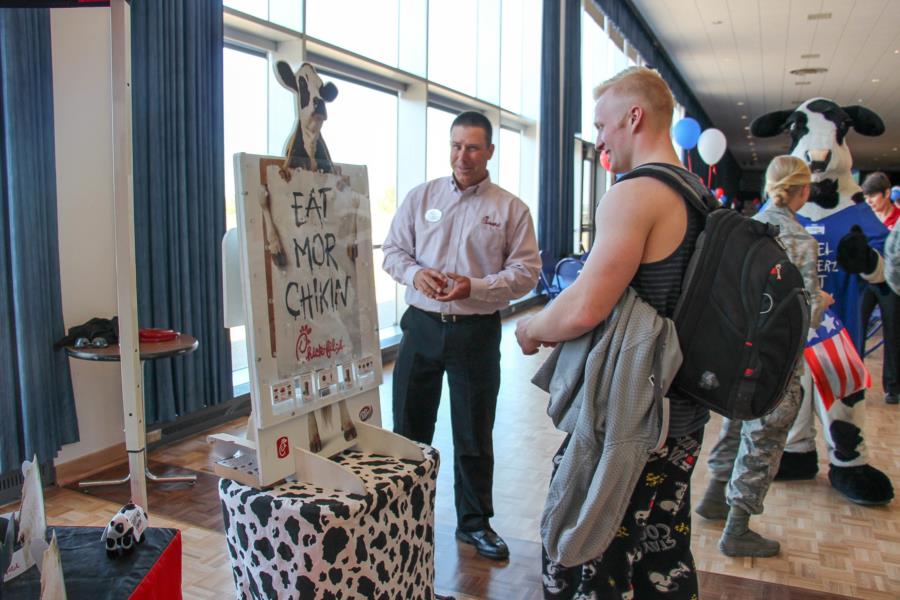 So many smiling faces! We know they were looking forward to Georgia Night! 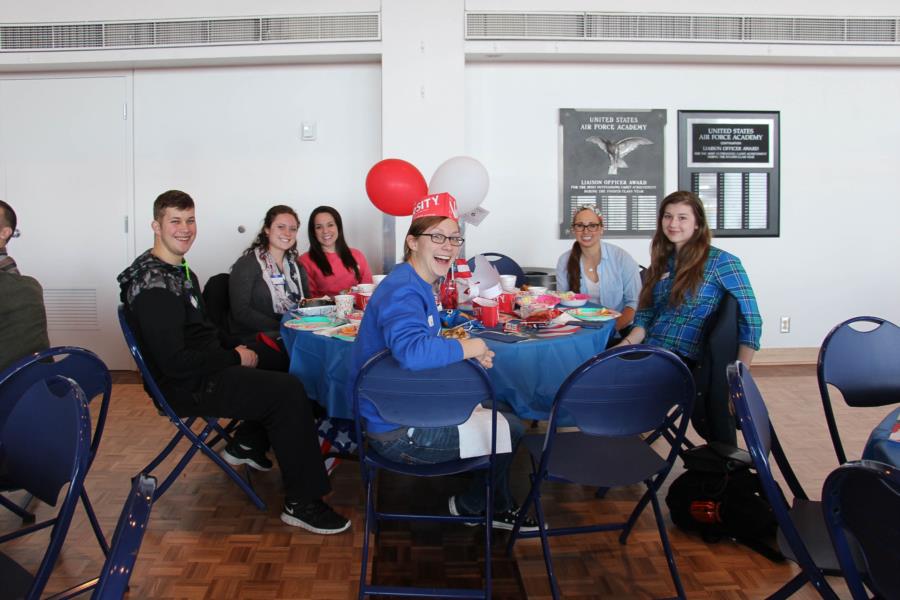 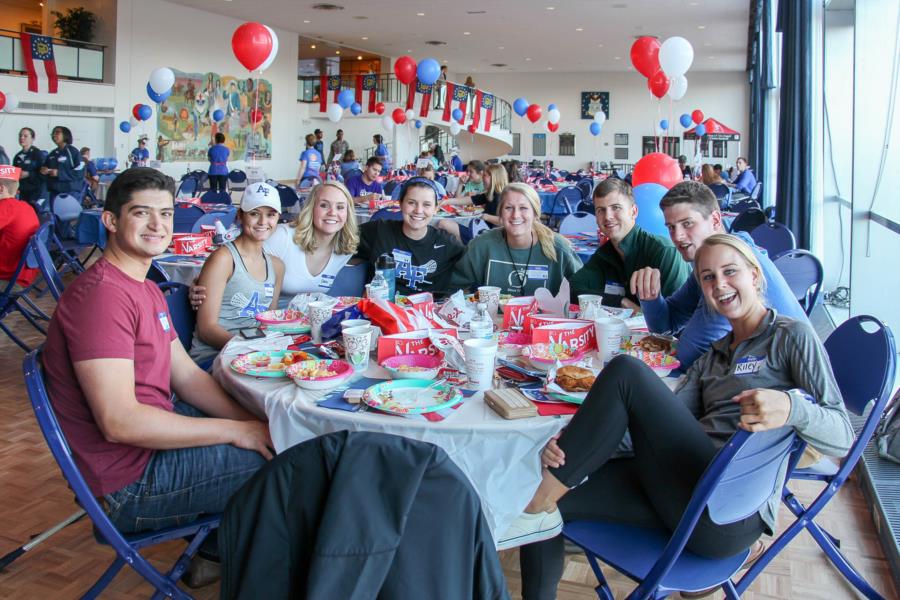 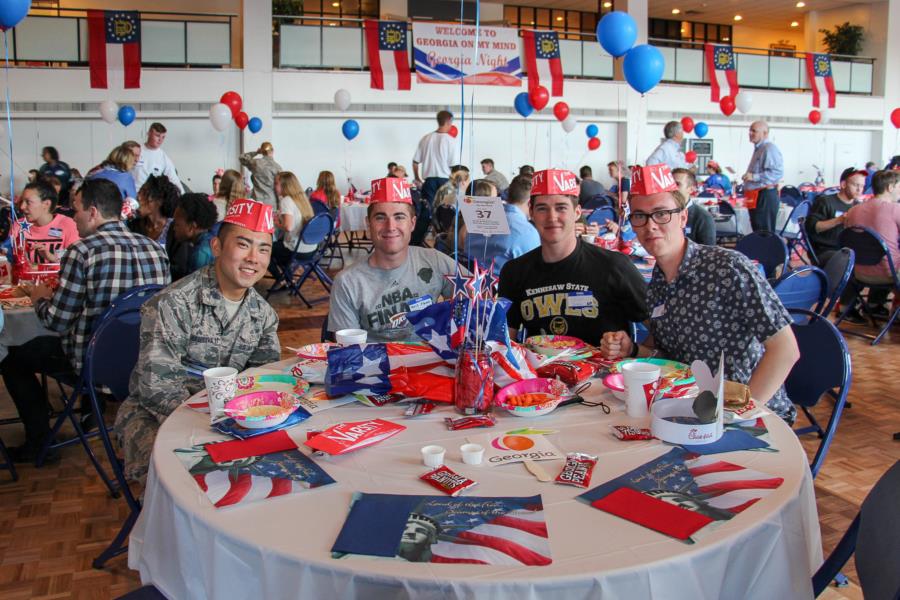 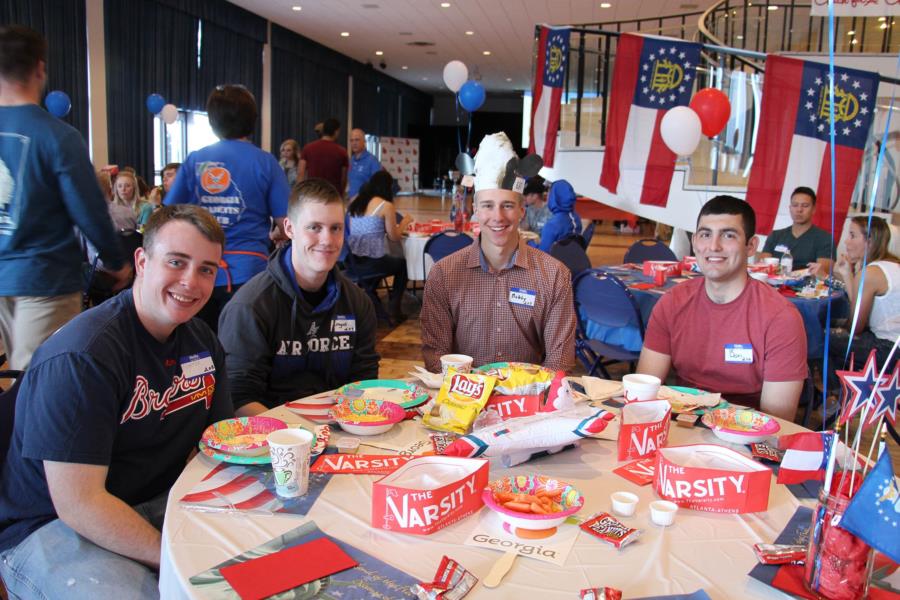 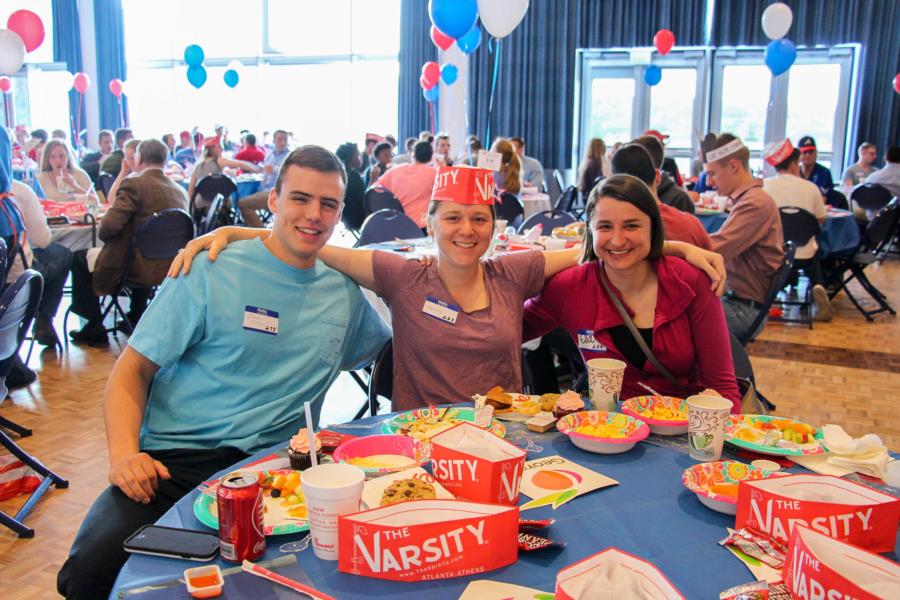 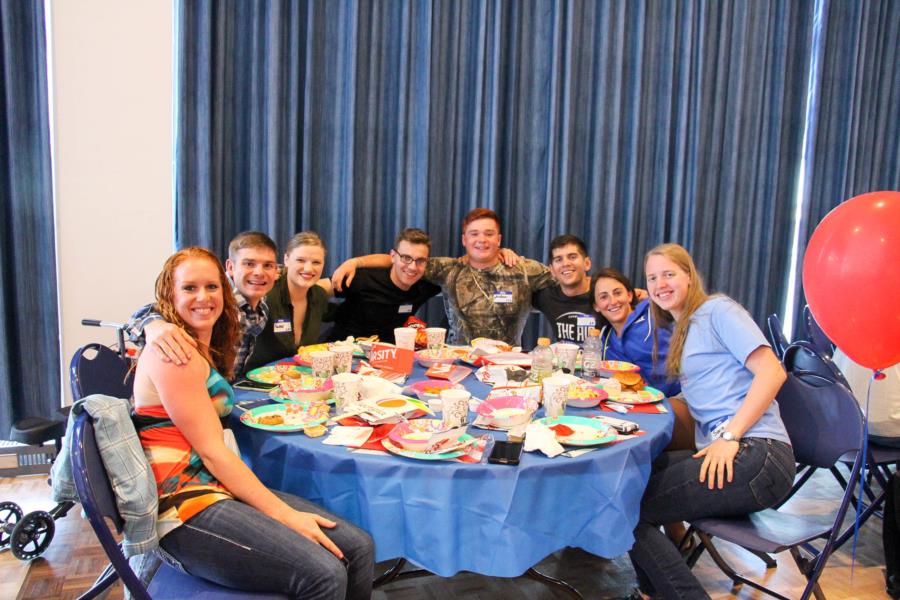 To view the rest of the pictures taken during the Georgia Parent Club Night go to Galleries - Extracurricular - Special Events. Or click the link below.