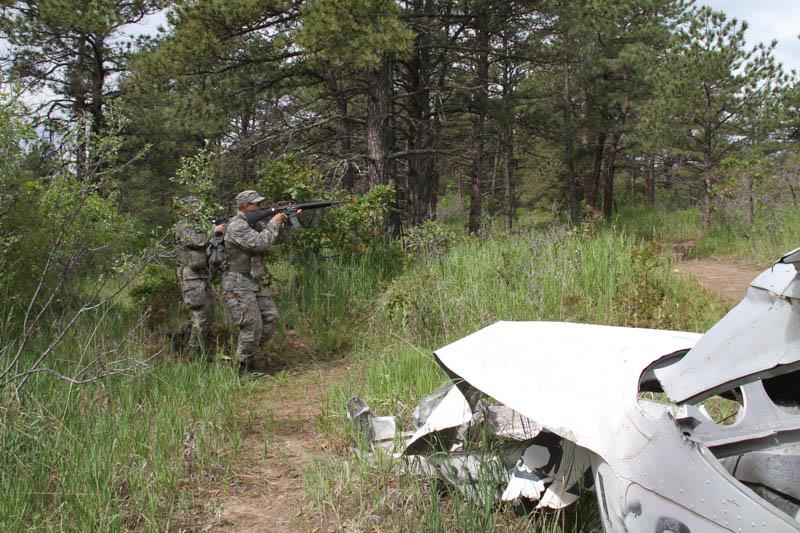 WebHatter and I once again headed out for ESET this morning.

At the MOUT village (Military Operations on/in Urban/Urbanized Terrain), the cadets had to go through the village and take an informant hostage. They encountered "insurgents" who would come up to try and drive them out of the village, or just shoot at them from on top of buildings and around corners. They had specific rules about who they could and could not shoot. Their goal was to split into two teams, retrieve their informant, and bring him back to the beginning. I was able to go inside the village while they did this and it was quite interesting to watch. MOUT: it's a fun time!

Recon 1 was a station where two cadre buried an IED (Improvised Explosive Device) in the middle of a road, in plain sight of the upcoming cadets. The cadets surrounded them, ordered them to stop what they were doing and "arrested" them. They took a phone from one "insurgent" and made sure that they were unarmed.

They found a hiker (and photographer!) at Recon 2 and asked him what he had seen, after searching the campsite. The hiker told them that he had seen some army men coming through, then a downed helicopter. He gave coordinates for what he had seen and the cadets moved on. The funniest part of the whole thing was that they saw me, identified me as someone with a camera and told me not to take any pictures. However, once he knew I was WebGuy, he let me finish!!

All in all, it was interesting to watch the cadets as they moved through the different stations and learned more about how to make it through different situations that may or may not happen to them when deployed. 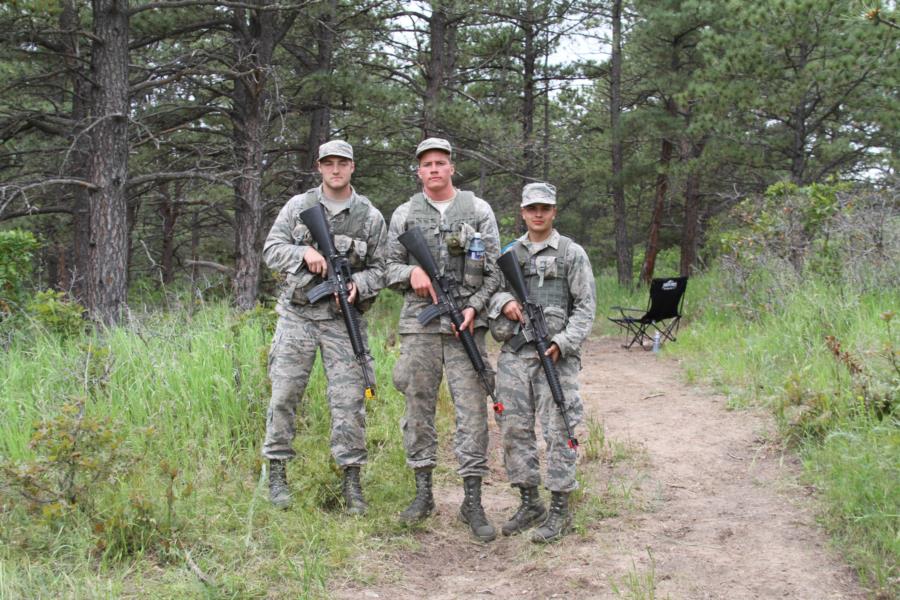