Today, we want to talk about the PFT. Just so you know,  these pictures will be in their own gallery. Here is the direct link: BCT PFT/AFT. Another acronym.  Stands for Physical Fitness Test.  The basics took their first one this morning.  It will serve as a baseline.  They will take it again during BCT.  They will be amazed how much they improve.

During the academic year, cadets take physical fitness tests each semester to measure their overall strength and conditioning.  Proficiency is required in both the Physical Fitness Test (PFT) and the Aerobic Fitness Test (AFT) in order to graduate.  This test is different from the Candidate Fitness Assessment (CFA) that they took when applying to the Academy.

We covered all the squadrons taking the test this morning.  That doesn't mean we will get every basic, however.  Some will elude us in the crowd and some will not take the test for various reasons and will make it up at a later time.   Basics wearing yellow or red bands have some kind of limitation while they are wearing them.  It alerts the Cadre and other BCT staff of limitations. 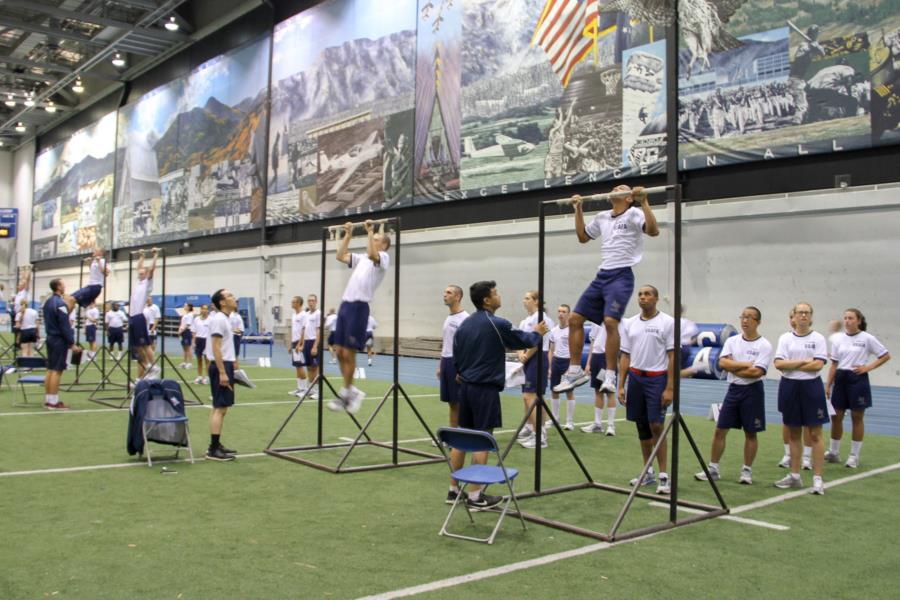