As Basics go through the tailor shop and uniform issue, you might see some photos of them getting their blues and parade uniforms fitted. Here's a moderately known fact.  When they were designing the Academy and the uniforms, they called on Cecil B. DeMille for help in designing the cadet uniforms.  Here is the artist's conception from his designers. 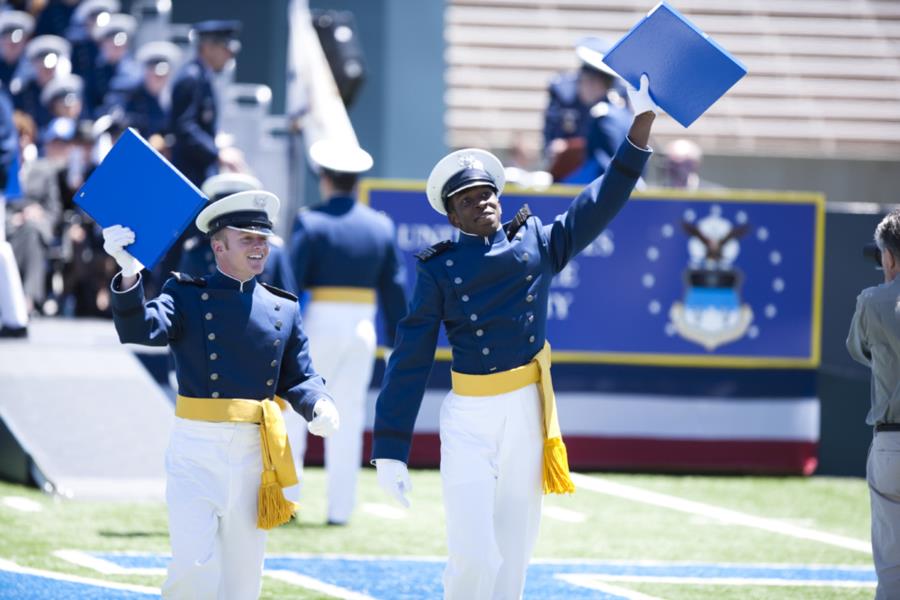 The Parade Uniform is the uniform they will eventually wear at graduation.