Today marks the end of BCT 2021.  The morning started off with the Commandants's Excellence Presentation on Stillman Filed.

Before everything started, the Wings of Blue jump team held a demonstration for all the basics. 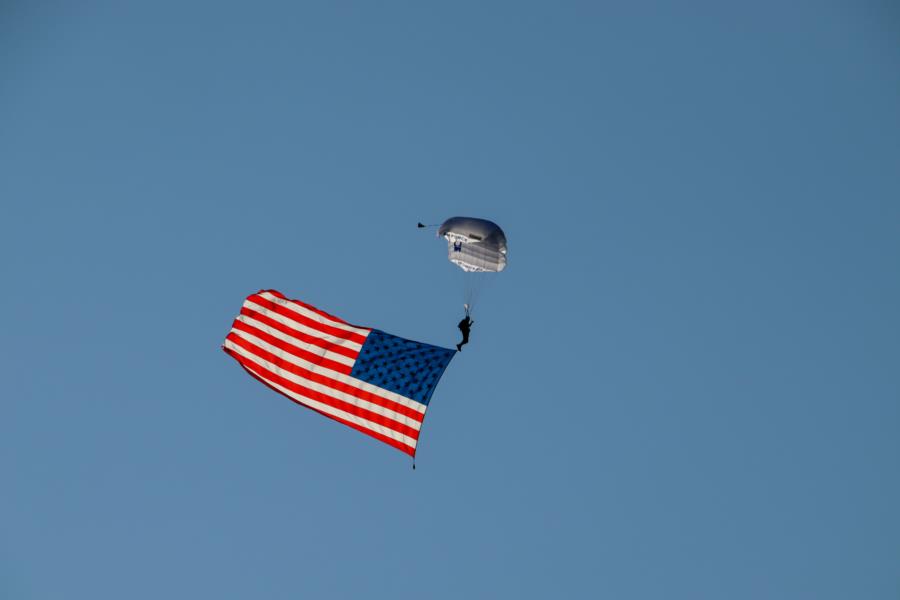 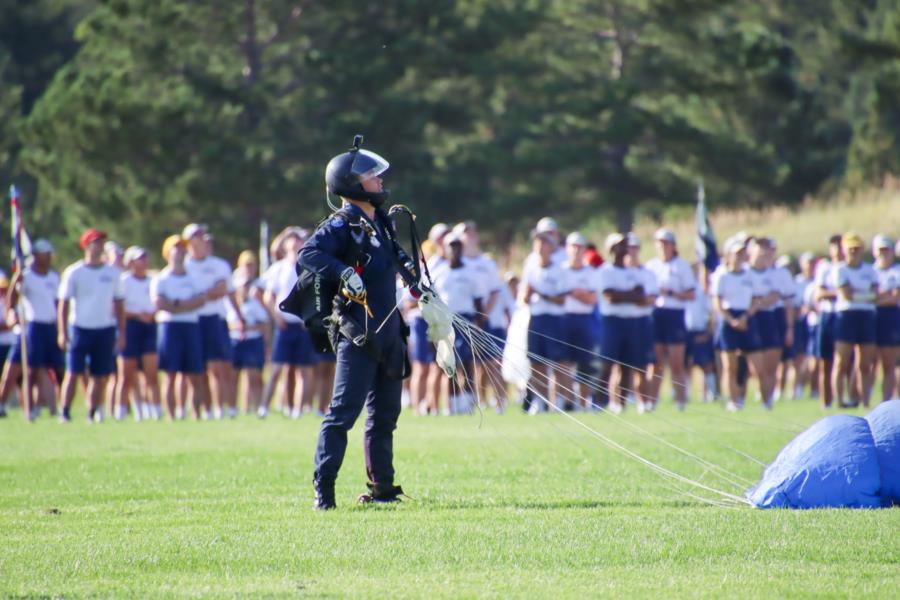 This marks the first year of an intra-flight competition known as the Commandant’s Excellence Program (CEP). Throughout BCT, the cadet Stan/Eval team has been evaluating flights on drill, dormitory standards, knowledge, bearing and discipline as well as expeditionary skills while out at Jacks Valley. This week, the topflight from each squadron was named and given a red Commandant’s Excellence Award Streamer to affix on their flight guide-on. This morning, one of those eight flights was awarded the gold streamer from Brig Gen Moga and was recognized as the top overall flight throughout BCT. This years top basic flight was Cobras Echo. They also got the chance to lead the cadet run. 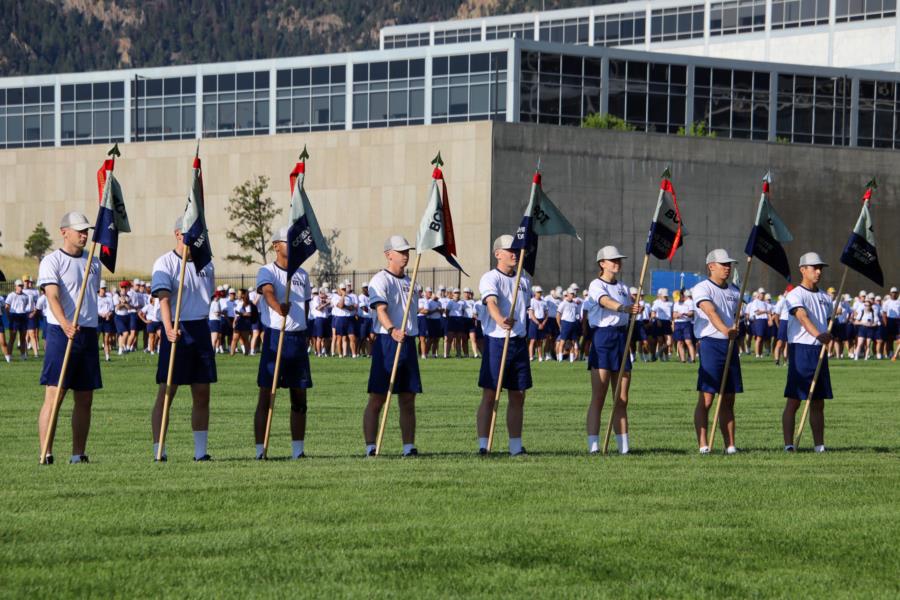 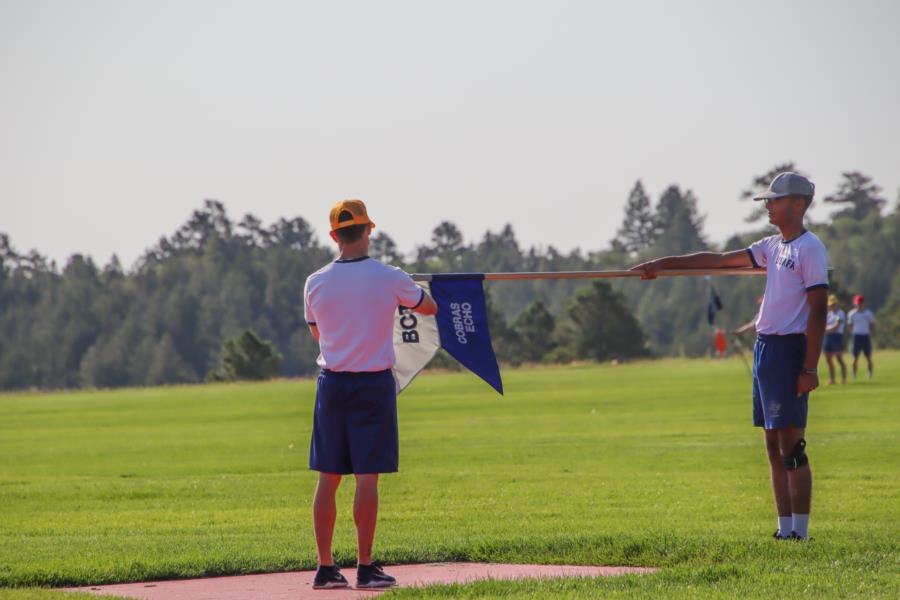 The Class of 2025 then did an approx. 2 Mile run from Stillman Field , passing Clune Arena, crossing by the footprints and ending at the Terrazzo. 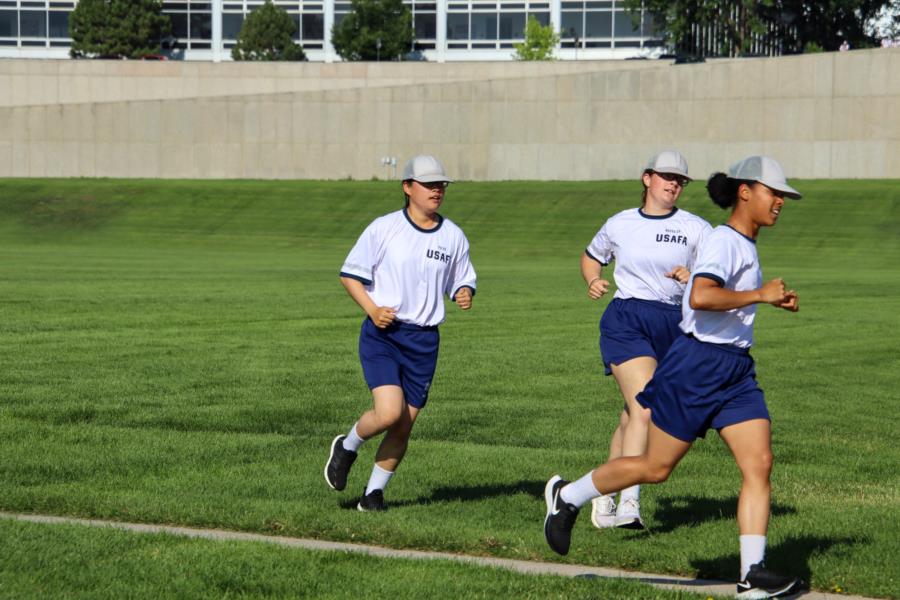 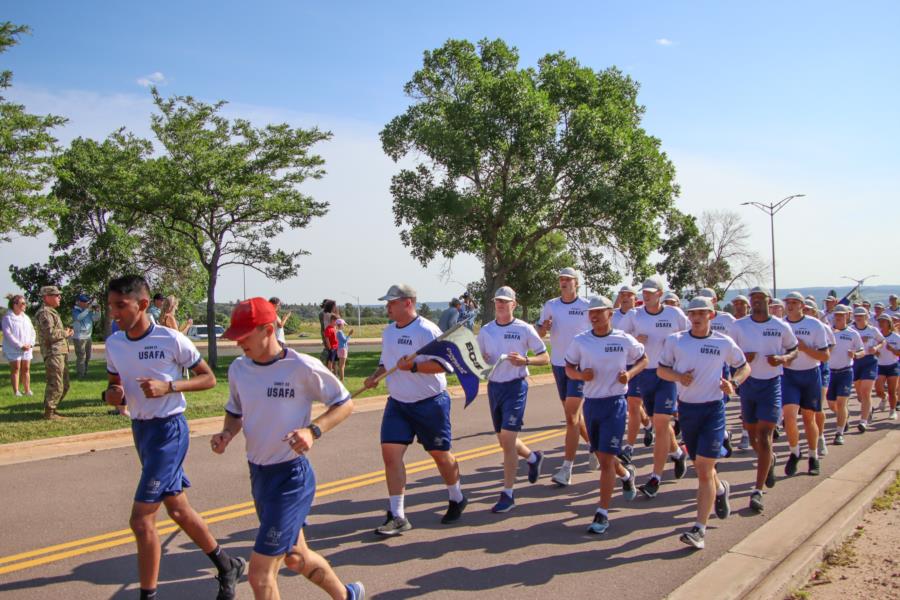 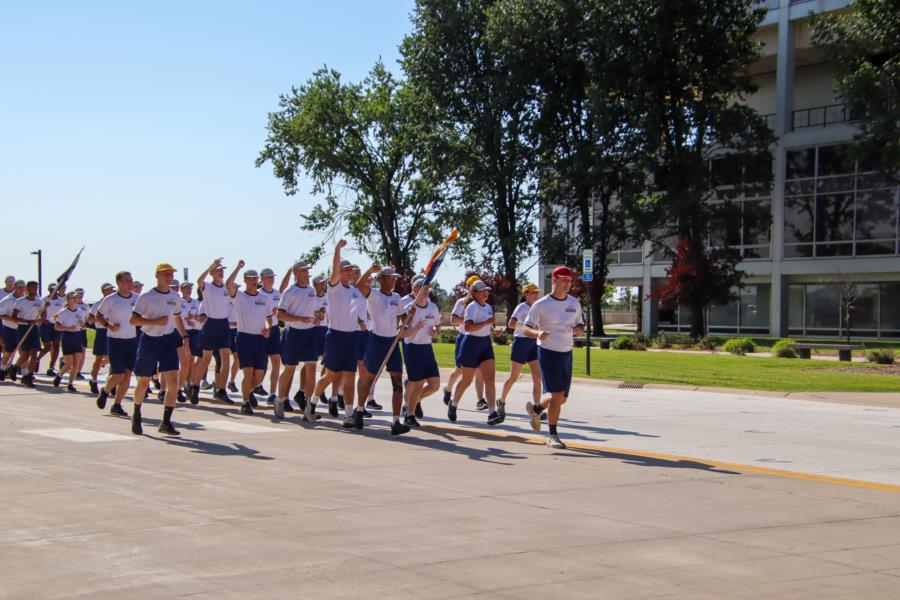 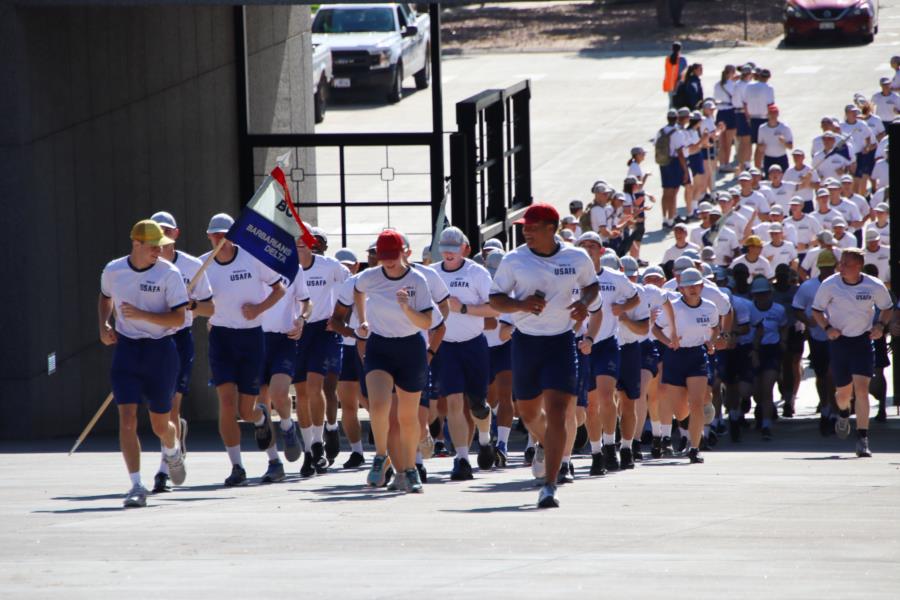 After the run the traditional Big Bad Basic competition was held on the Terrazzo Field.  This event usually is held in Jacks Valley to mark the end of BCT in Jacks, but was moved this year to the Terrazzo. As some of you might know, there is a pugil stick competition as part of the Assault Course. Each squadron competes against each other to determine the “top” Basics in their squadron.  The winners from each squadron, then represents them in the Big Bad Basic competition. 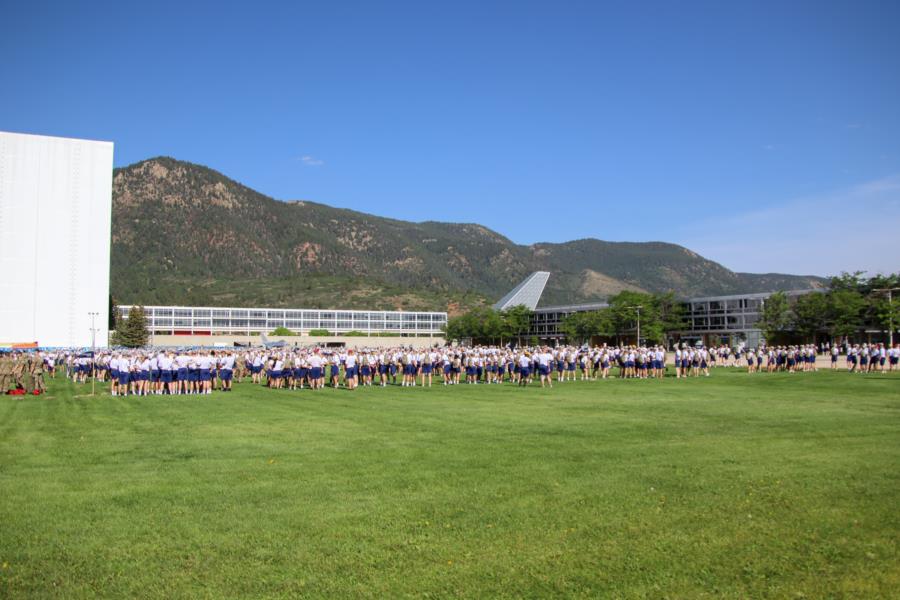 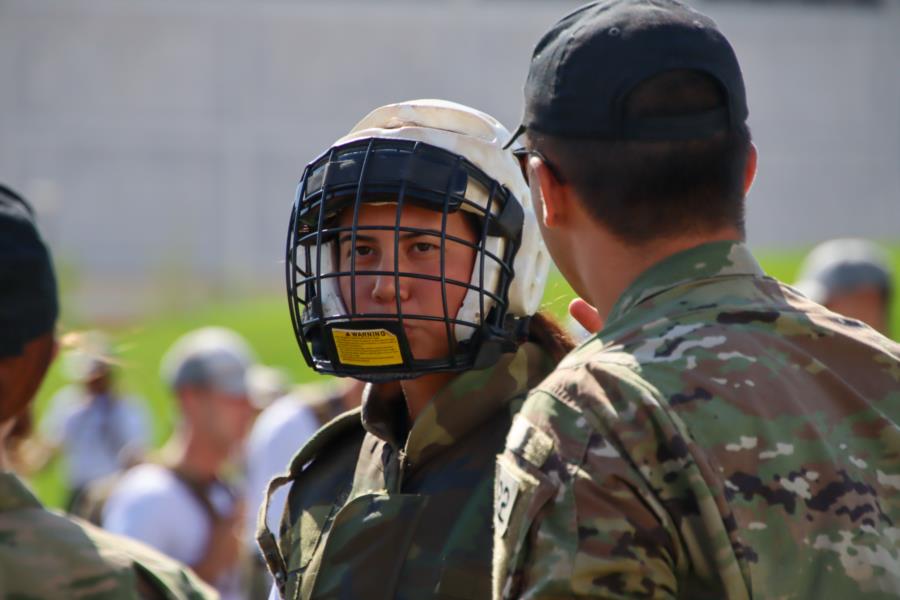 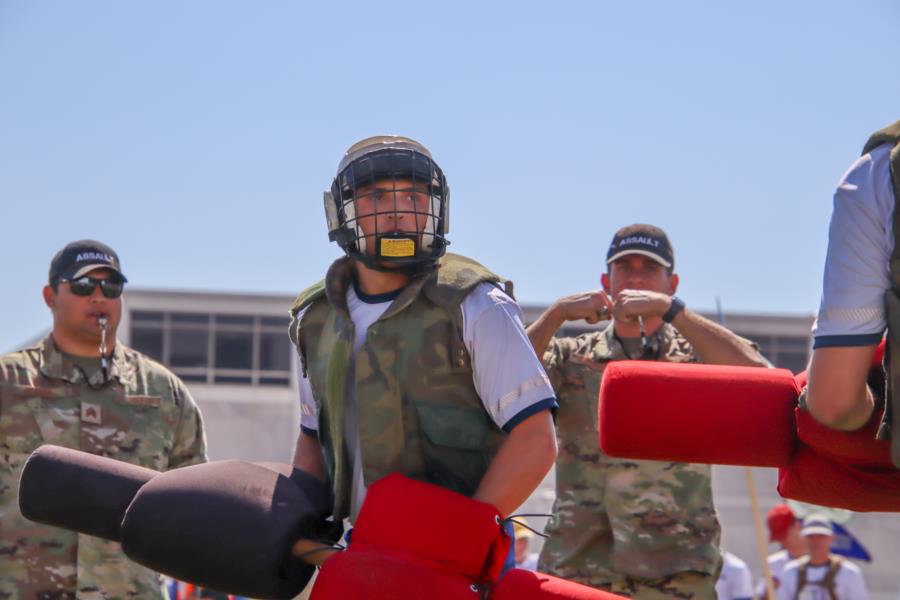 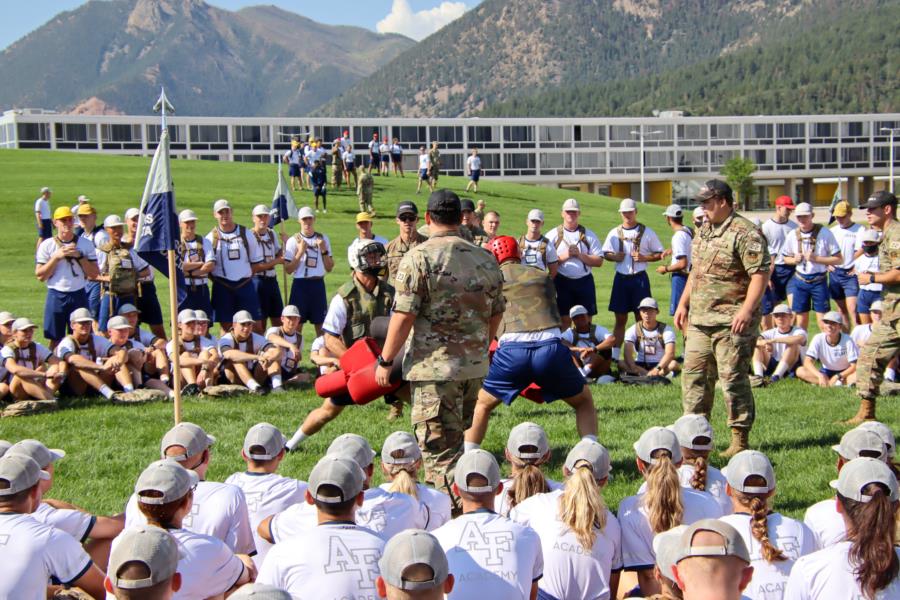 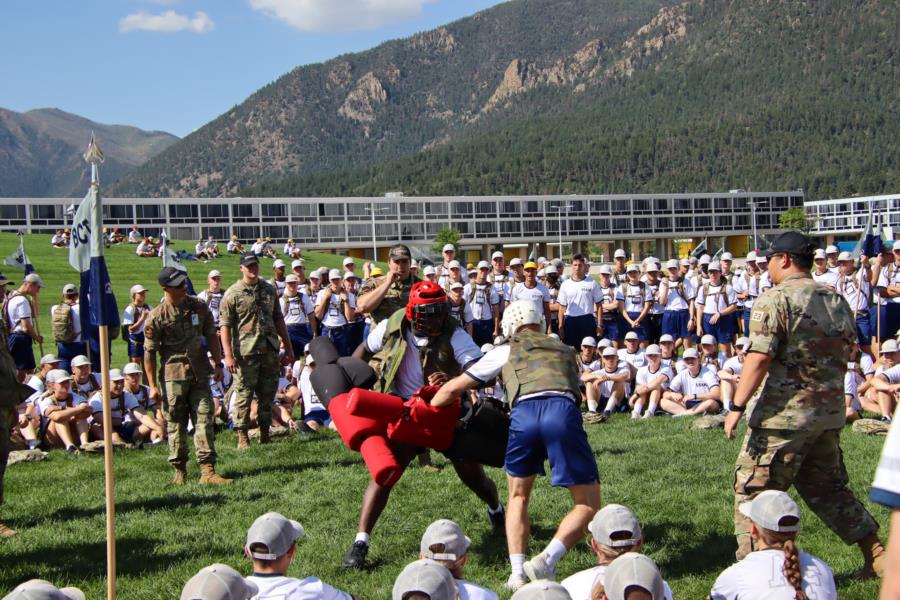 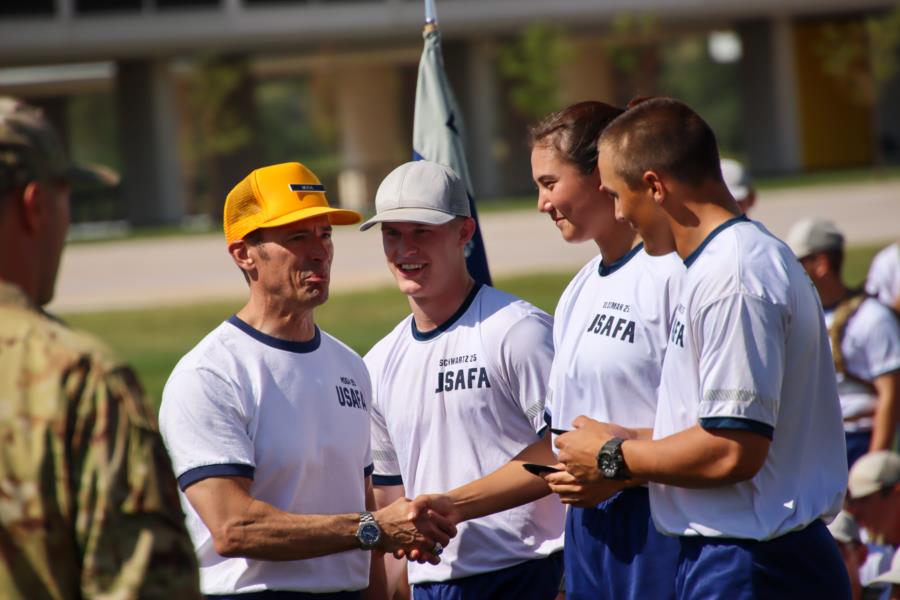 We still have some more photos to post once the remaining basic squadrons finish their tours of Doolittle Hall on the Heritage Tour.  Next week will be a transition week as the basics go to their academic squadrons.  We will be back at the end of next week for our coverage of Acceptance Day and Doolie Day Out.

The Photos of the Commandant's Excellence Presentation and Cadet run will be found in, CLASSES > 2025 > BCT1 > Set order from OLDEST to NEWEST and use the links below.

Big Bad Basic will be under its own tag on the Class of 2025 page, or click on the link below.