The weather this week has been great for flying even though the mornings were in the 20’s. We were down at the airfield covering both M & T days of the current class. 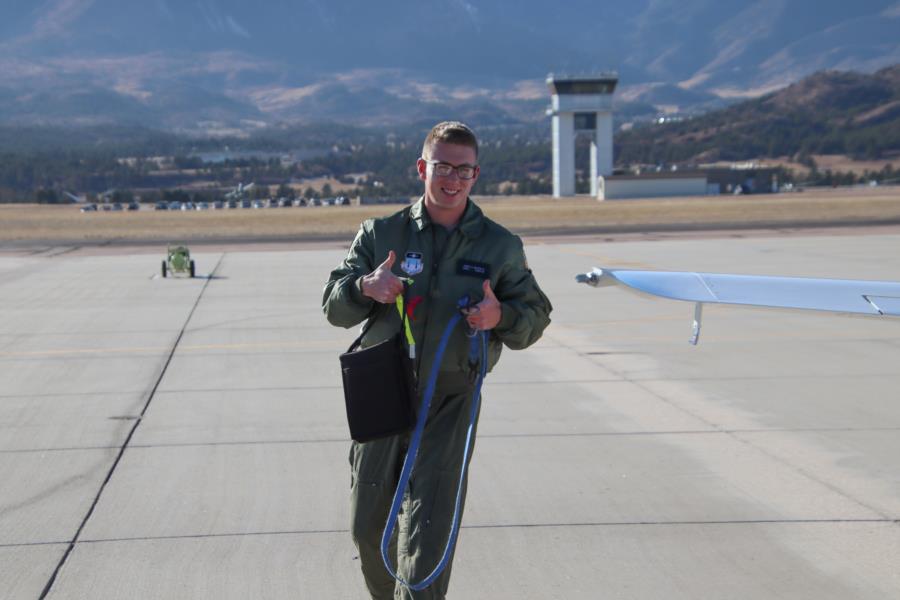 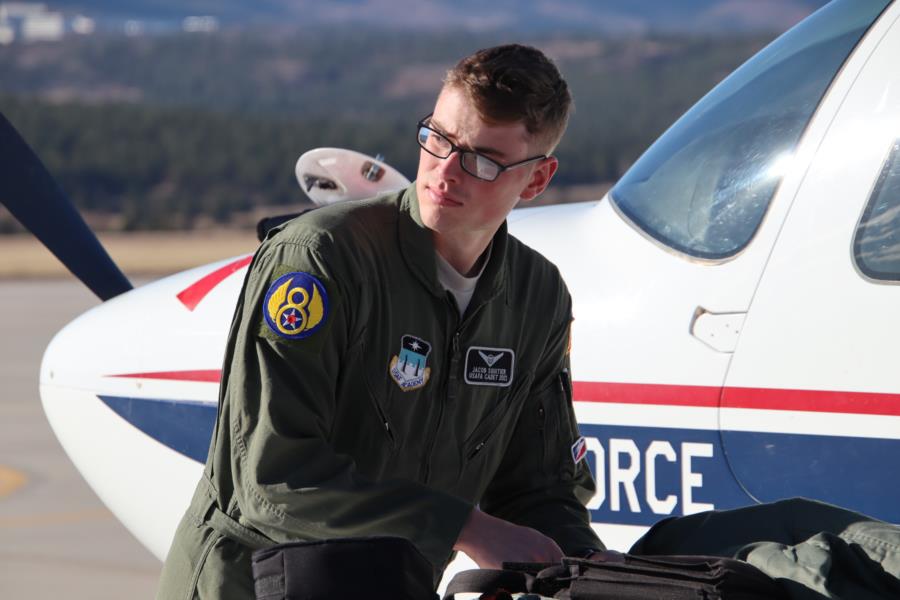 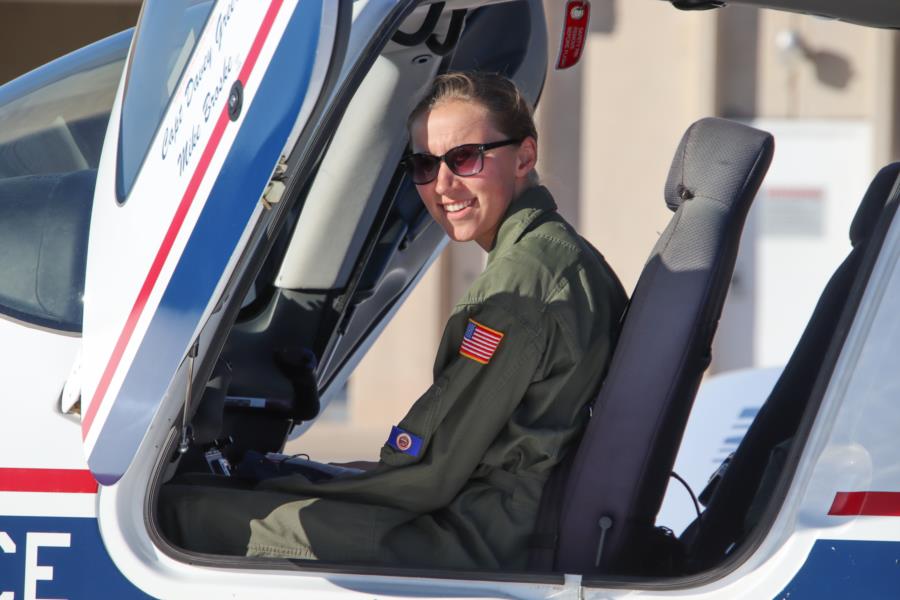 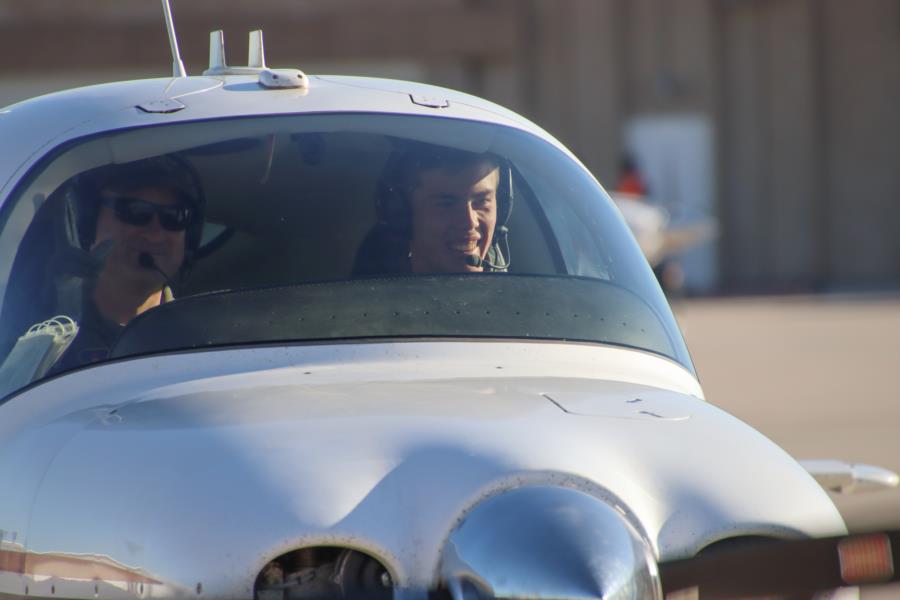 We were able to caoture photos of a cadet who had just finished his solo flight. Before throwing him into the traditional pool after his flight, they had to remove the sheet of ice that had formed overnight.  The cadet was probably wide awake for his classes after the dunk. 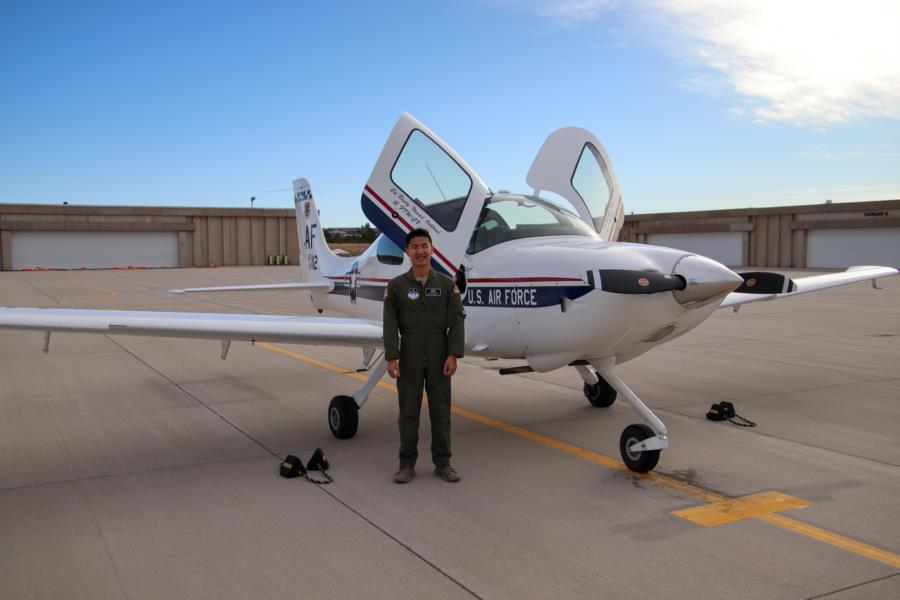 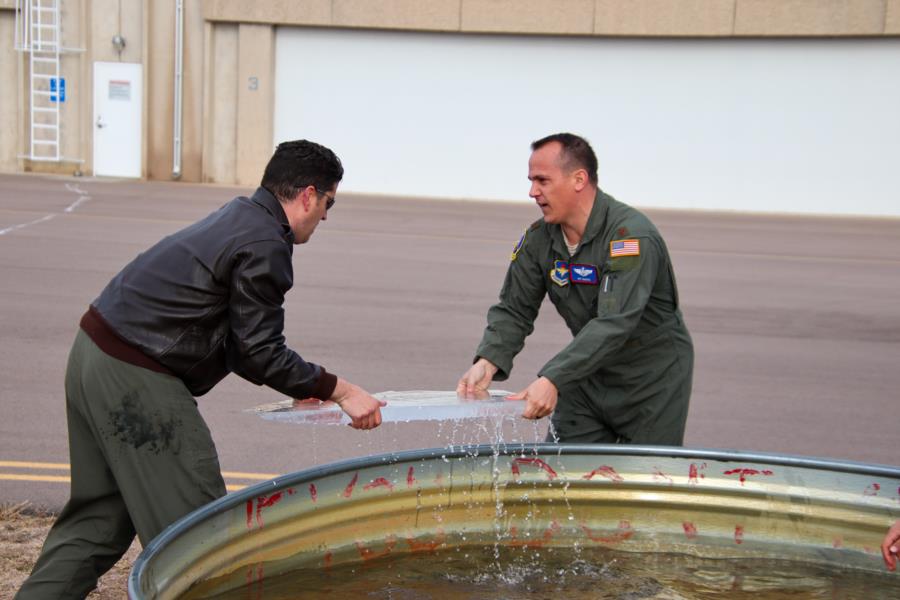 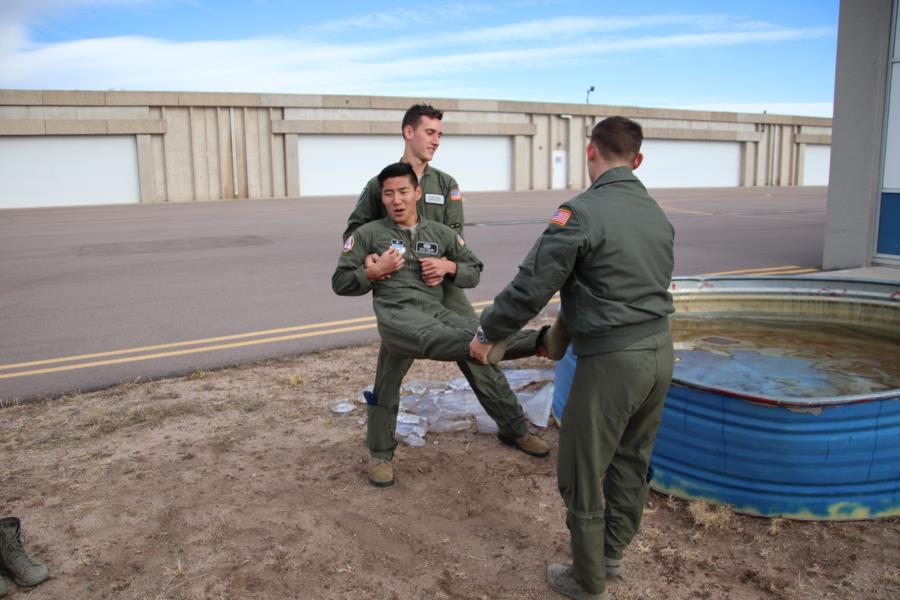 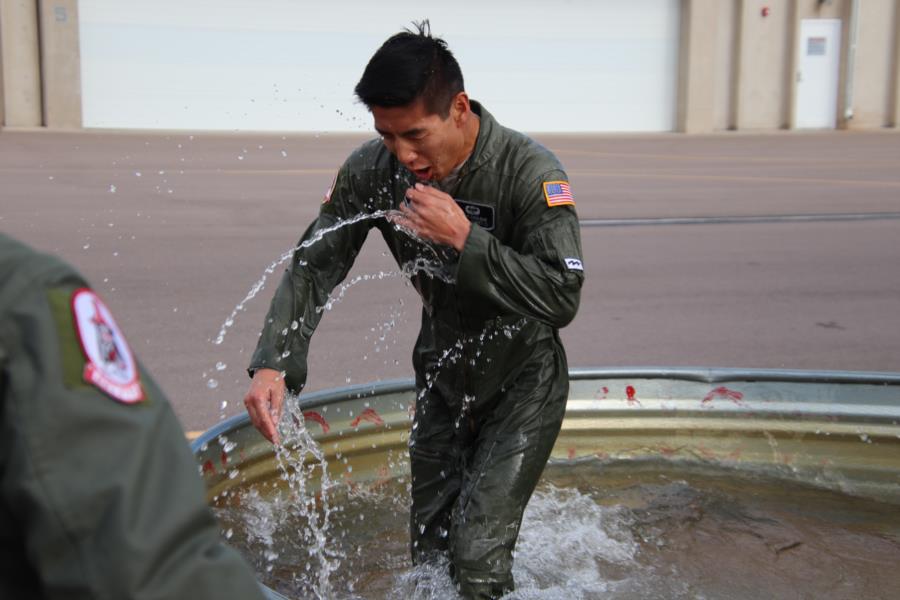 Cadets are normally enrolled in AM-420 during their second- or first-class year. Cadets who complete AM-420 are eligible to wear Cadet Flight Wings. The class is intended to motivate cadets to commit to serving as a rated officer.

Powered Flight is a capstone course that serves as a culmination of a cadet’s aviation education. Lessons in Air Force heritage and principles of engineering are applied in real-life scenarios during nine flights in a single engine propeller driven aircraft. The training includes ground and flight instruction using T-53s (Cirrus SR20), military instructors provide a basic introduction to Air Force pilot training and the experience of powered flight. The training includes ground and flight instruction under an Air Education and Training Command (AETC) flying syllabus. 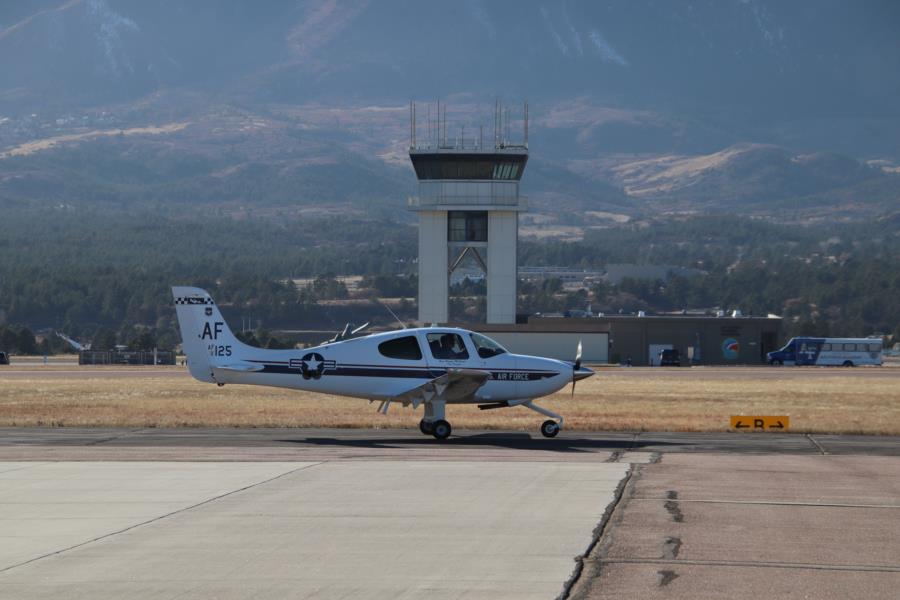 To view the rest of the pictures from our coverage, go to; Galleries - Airmanship – Powered Flight or click the link below.