The Class of 2024 held a Dining Ceremony to honor their Class Exemplar Major LeRoy Homer Jr., Class Of '87. 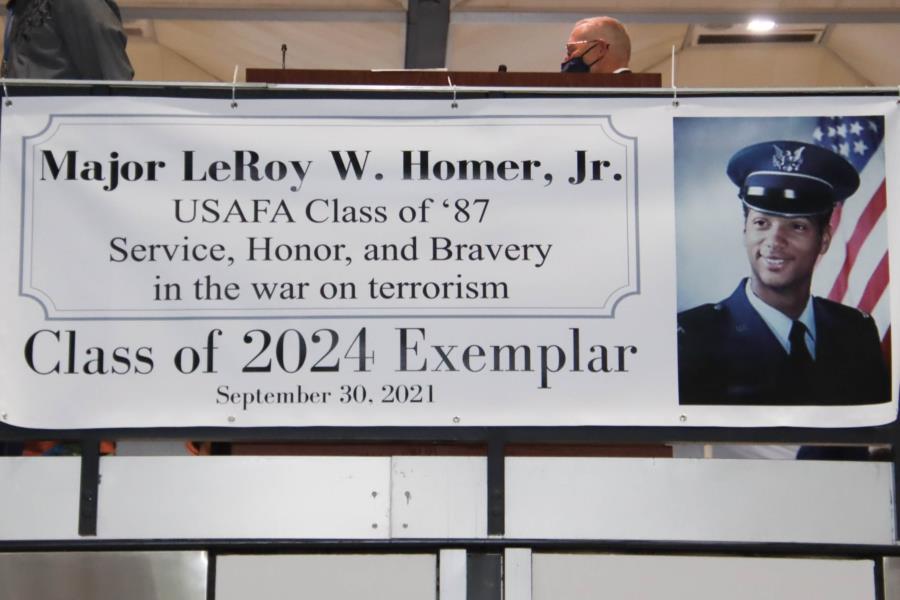 The Cadet Exemplar Program is an avenue for each Academy class to honor and identify with a past military giant.  It is designed to link our nation's rich heritage with our boundless future.  The heroes who are chosen epitomize the personal characteristics that each class of cadets seeks to emulate. The Class Exemplar not only becomes the cadets' honorary class leader, but the very namesake and identity of that particular class.  Throughout the cadets' career, the Exemplar becomes the focal point of inspiration as they prepare for their roles as Air Force officers and future leaders.  The Cadet Exemplar Program strives to form an unbreakable unity between past leaders and today's future leaders with the critical values of Integrity, Selfless Service, and Excellence.

LeRoy Wilton Homer Jr. (August 27, 1965 – September 11, 2001) was the First Officer of United Airlines Flight 93, which was hijacked as part of the September 11 attacks in 2001, and crashed into a field near Shanksville, Pennsylvania, killing all 37 passengers and seven crewmembers, including LeRoy.

Homer, son of a West German woman and an American soldier who was stationed in West Germany, grew up on Long Island in New York, where he always dreamed of flying. As a child, he assembled model airplanes, collected aviation memorabilia and read books on aviation. He was 15 years old when he started flight instruction in a Cessna 152. Working part-time jobs after school to pay for flying lessons, he completed his first solo trip at the age of 16 and obtained his private pilot's certificate in 1983.

Homer was graduated from Ss. Cyril and Methodius School in 1979 and St. John the Baptist Diocesan High School in 1983.

He entered the United States Air Force Academy as a member of the class of 1987. As an upperclassman, he was a member of Cadet Squadron 31. He graduated on May 27, 1987, and was commissioned as a second lieutenant in the U.S. Air Force.

After completing his USAF pilot training in 1988, he was assigned to McGuire Air Force Base in New Jersey, flying a Lockheed C-141 Starlifter. While on active duty, he served in the Gulf War and later supported operations in Somalia. He received many commendations, awards and medals during his military career. In 1993, he was named the Twenty-First Air Force "Aircrew Instructor of the Year". Homer achieved the rank of captain before his honorable discharge from active duty in 1995 and his acceptance of a Reserve Commission in order to continue his career as an Air Force officer.

He married his wife, Melodie, on May 24, 1998, and his first child, Laurel, was born in late November 2000. They resided together in Marlton, New Jersey.

On September 11, 2001, Homer was flying with Captain Jason M. Dahl on United Airlines Flight 93 from Newark, New Jersey, to San Francisco. The plane was hijacked by four al-Qaeda terrorists as part of the September 11 attacks. Homer and Dahl struggled with the hijackers, which was transmitted to Air Traffic Control.

After learning of the earlier crashes at the World Trade Center and the Pentagon, the crew and passengers attempted to foil the hijacking and reclaim the aircraft. Given the uprising of crew and passengers, and knowing they would not make it to their intended target, which was the US Capitol, the hijackers instead chose to crash the plane into a field near Shanksville, Pennsylvania.

He is survived by his wife, Melodie, and his only daughter, Laurel.        Other family members include his mother, seven sisters, and his brother. His widow Melodie Homer established the LeRoy W. Homer Jr. Foundation, which awards scholarships related to aviation.

Homer's name is located on Panel S-67 of the National September 11 Memorial's South Pool, along with those of other passengers and crew of Flight 93.

At the National 9/11 Memorial, Homer Jr. is memorialized at the South Pool, on Panel S-67, along with other crew and passengers on Flight 93.

Mrs. Melodie Homer, widow of Maj. LeRoy Homer Jr. was one of the guest speakers for the evening. 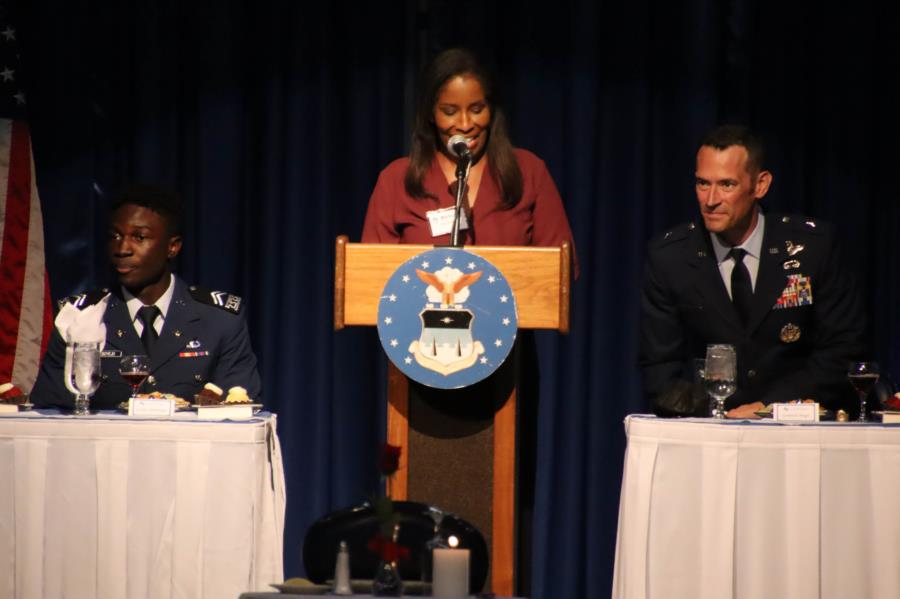 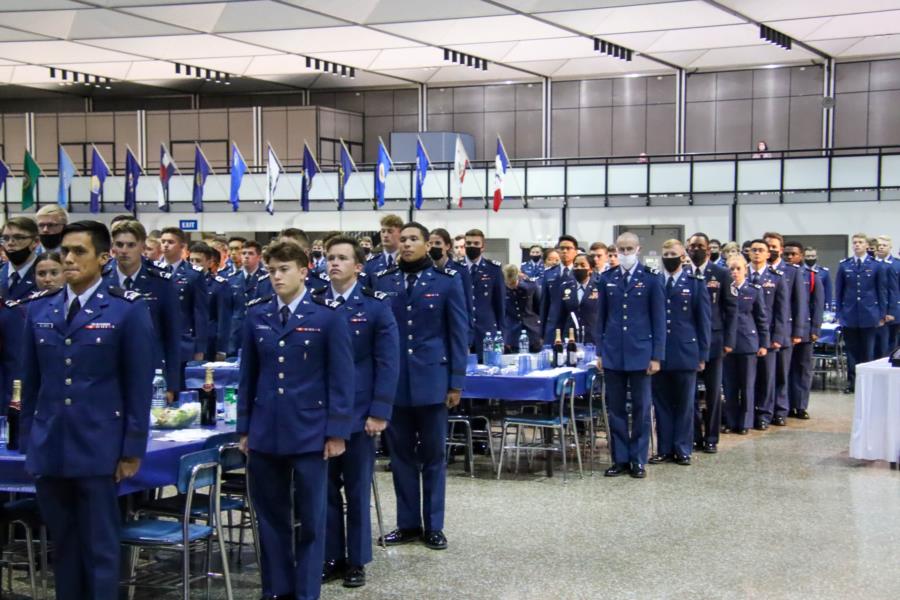 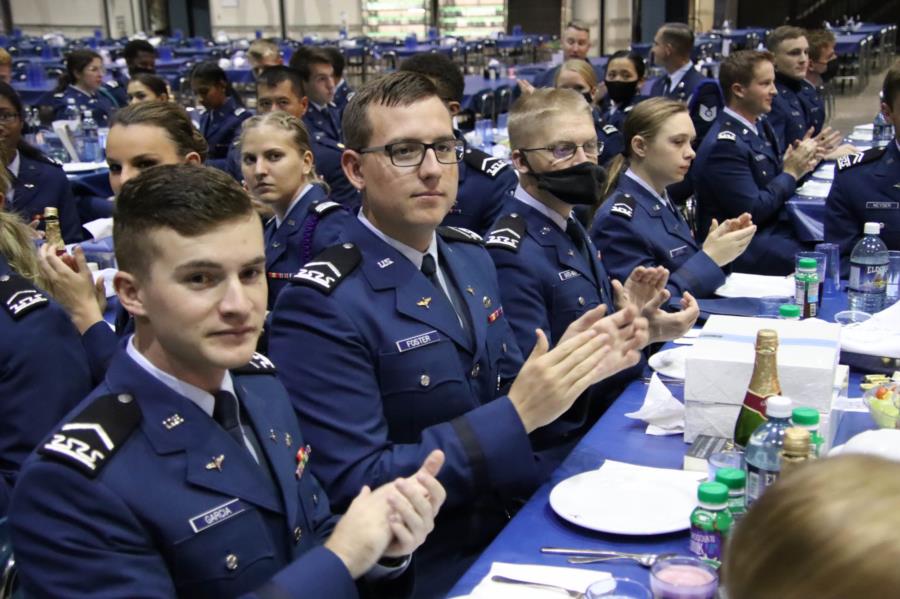 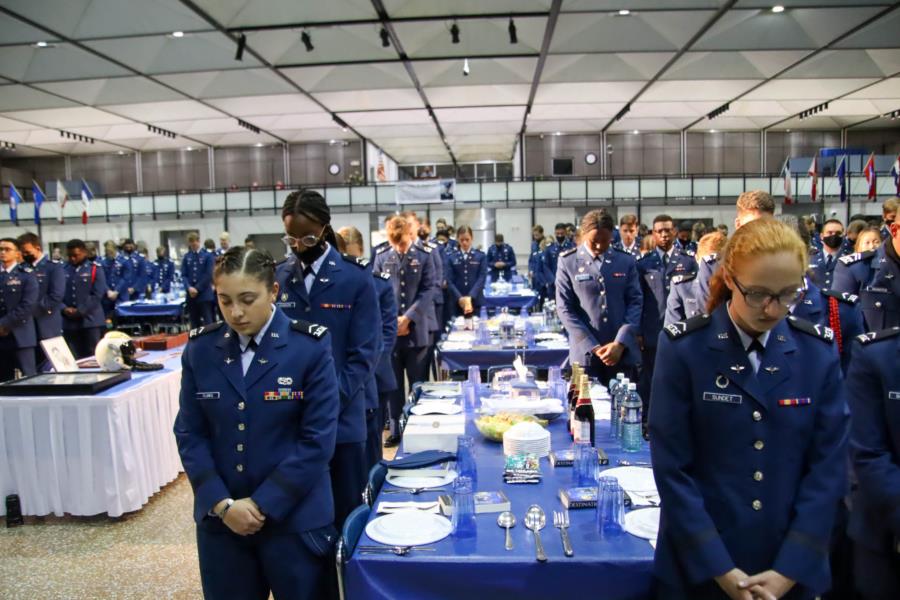 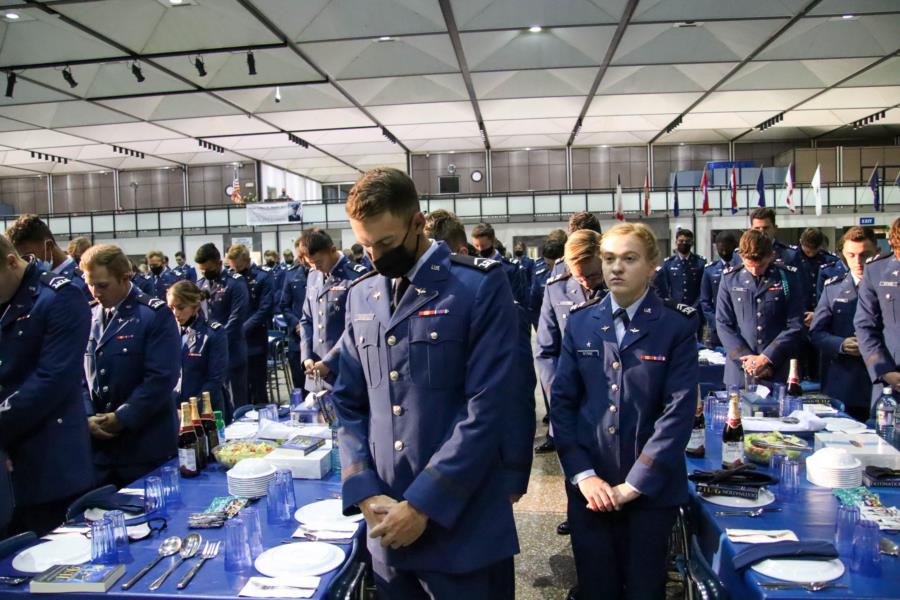 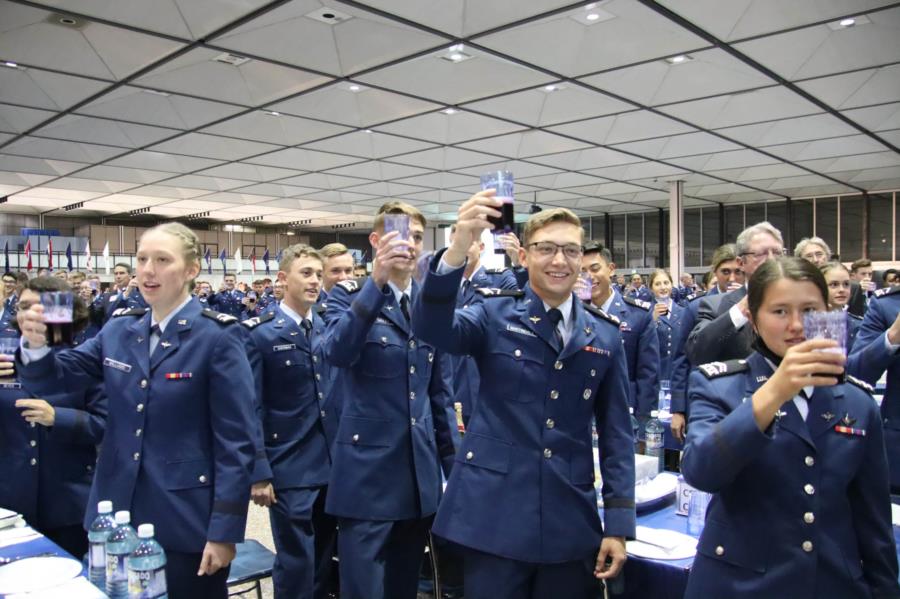 To view all the events photos , go to, CLASSES > 2024 > EXEMPLAR DINNER or click the link below.