Air Force cadets were treated to a special and fun Valentine’s evening dinner this past Valentine’s Day.  Cadet Entertainment hosted a Valentine’s Murder Mystery dinner at Arnold Ballroom where the cadets had to solve a ‘murder’ following a dinner catered by Tucanos Brazilian Grill. 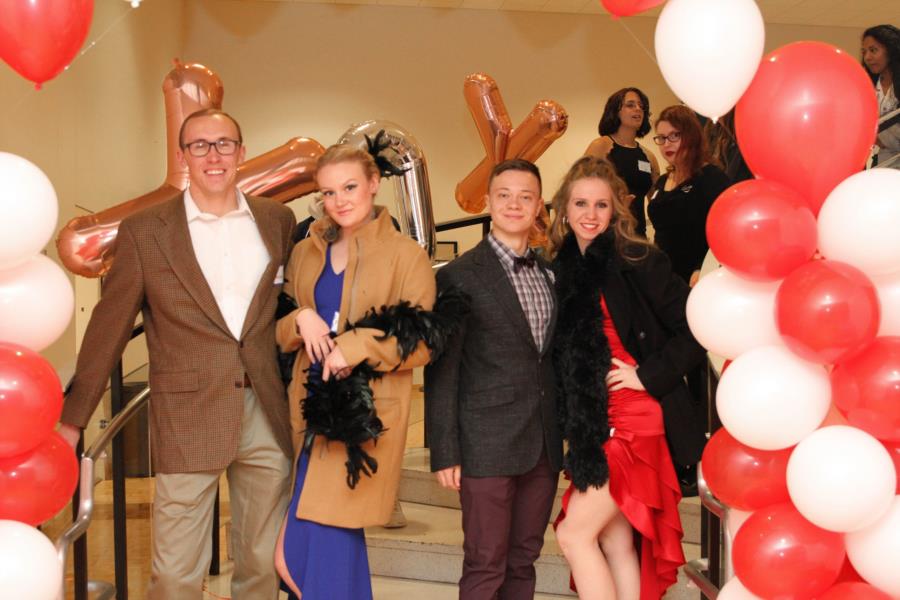 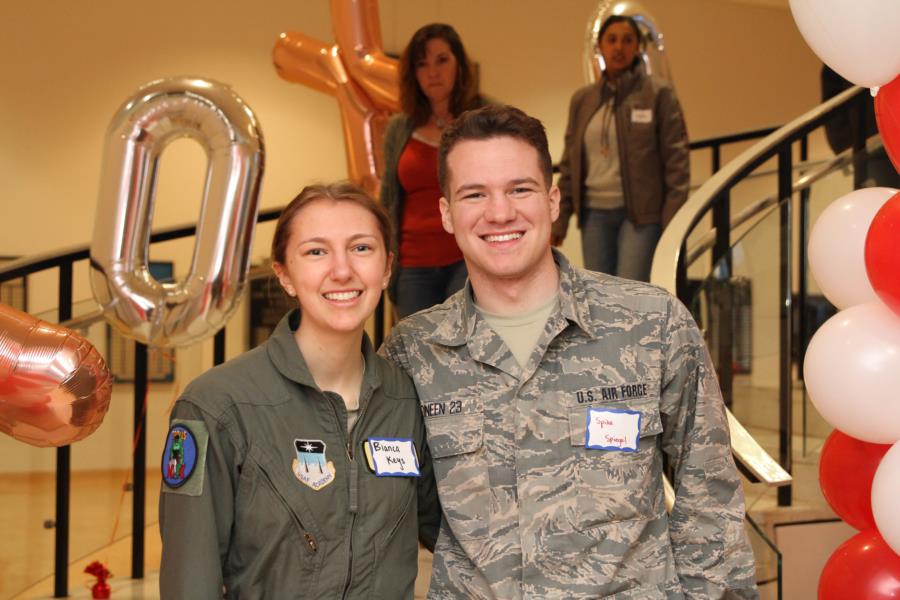 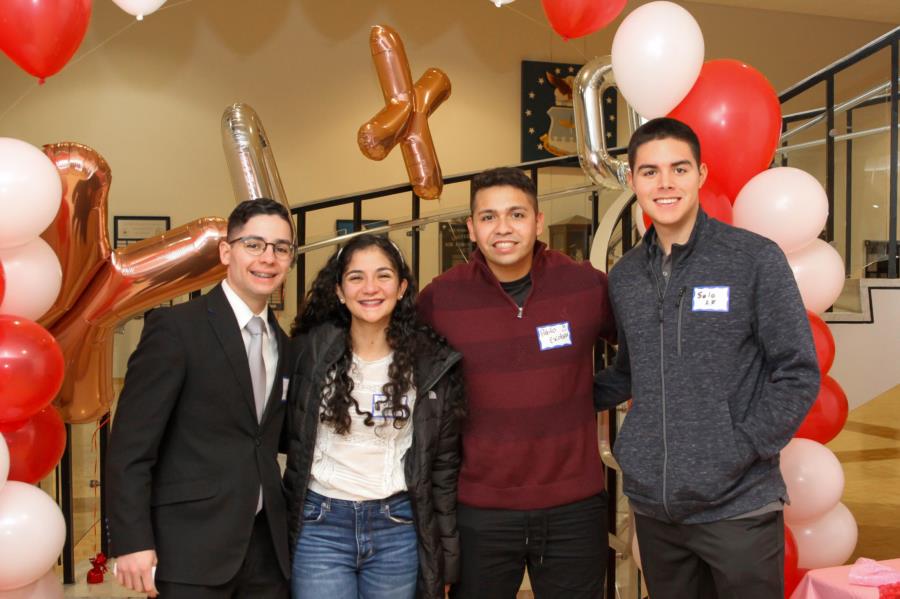 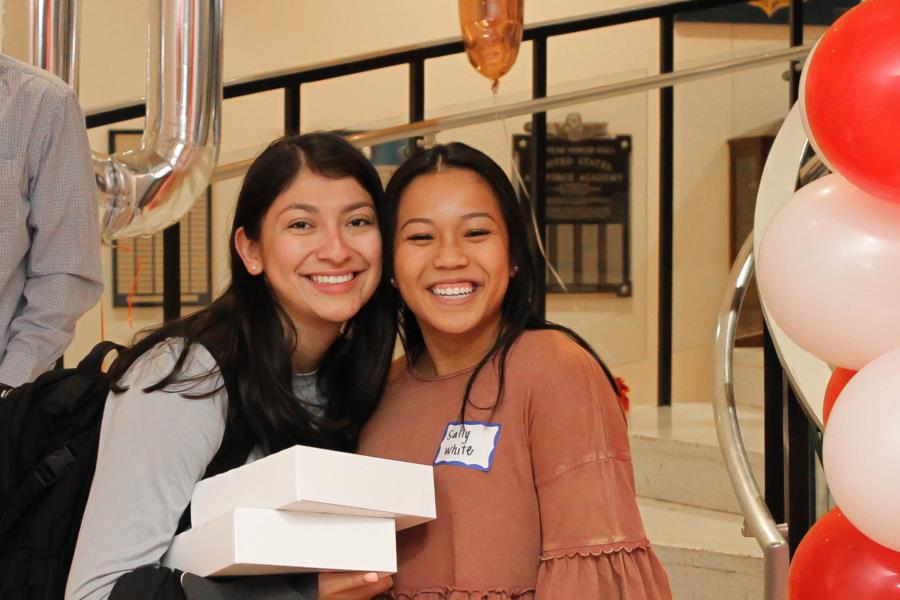 There was a carnation flower and hand-dipped chocolate covered strawberries at each place setting.  Cadets also had a chance to spin a wheel and win a prize.  The self-photo area  allowed cadets the opportunity to dress up and take a photo with their friends. 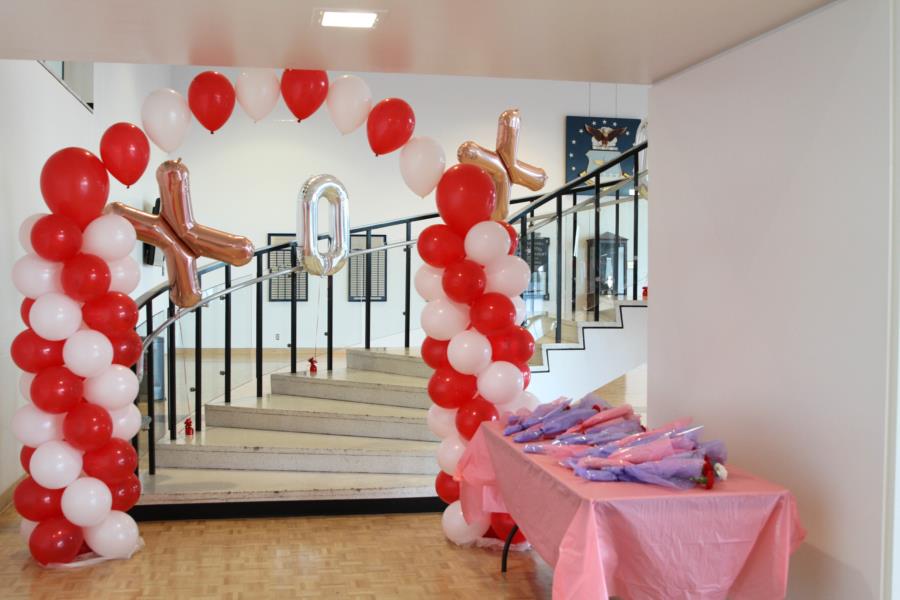 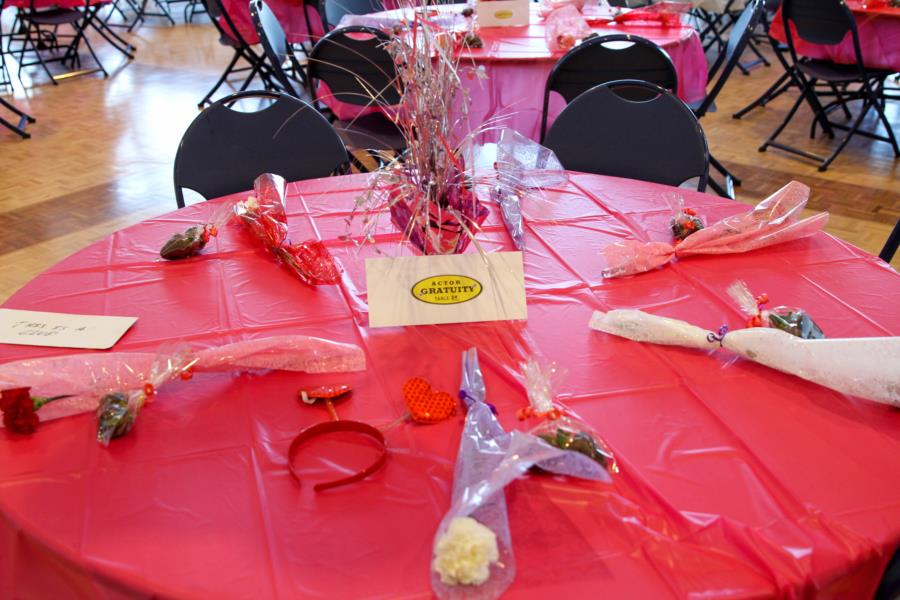 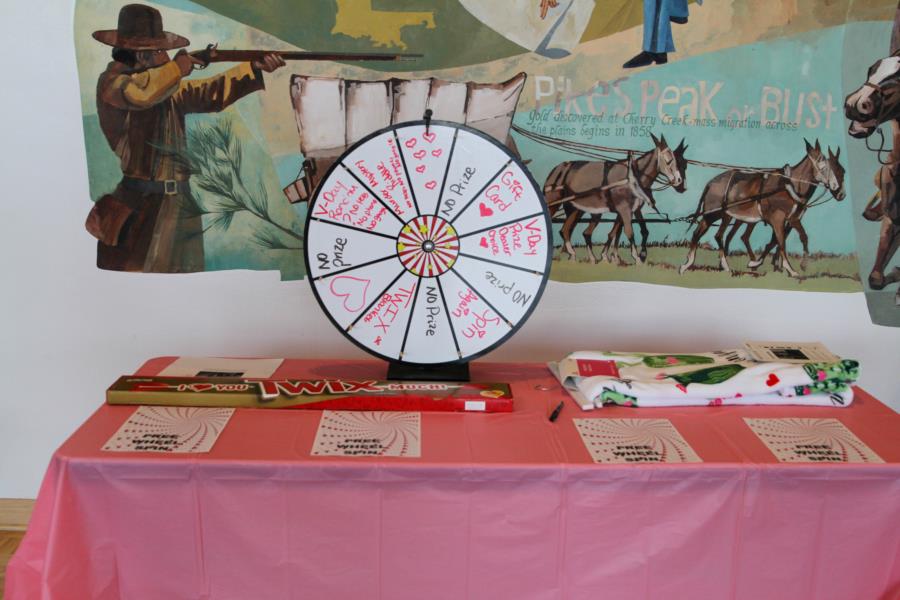 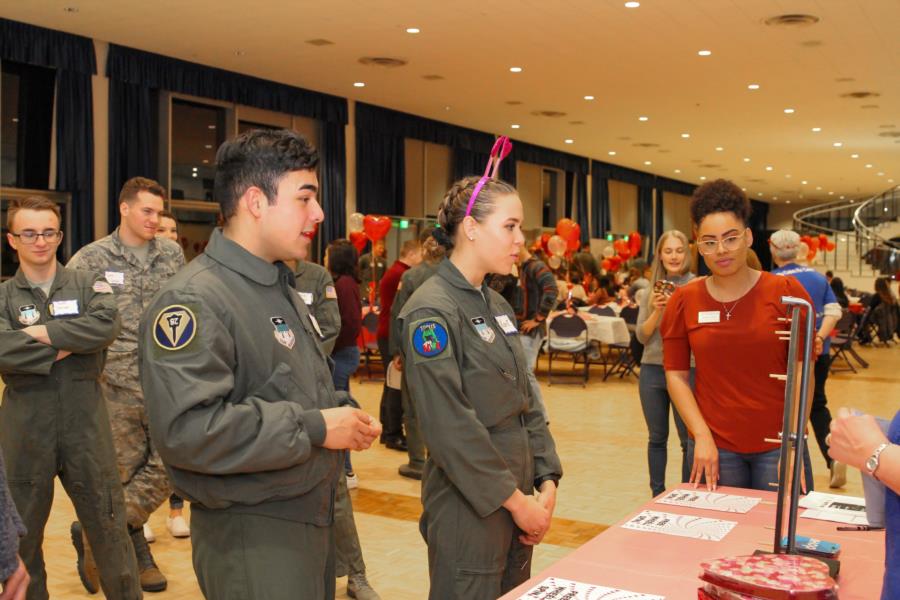 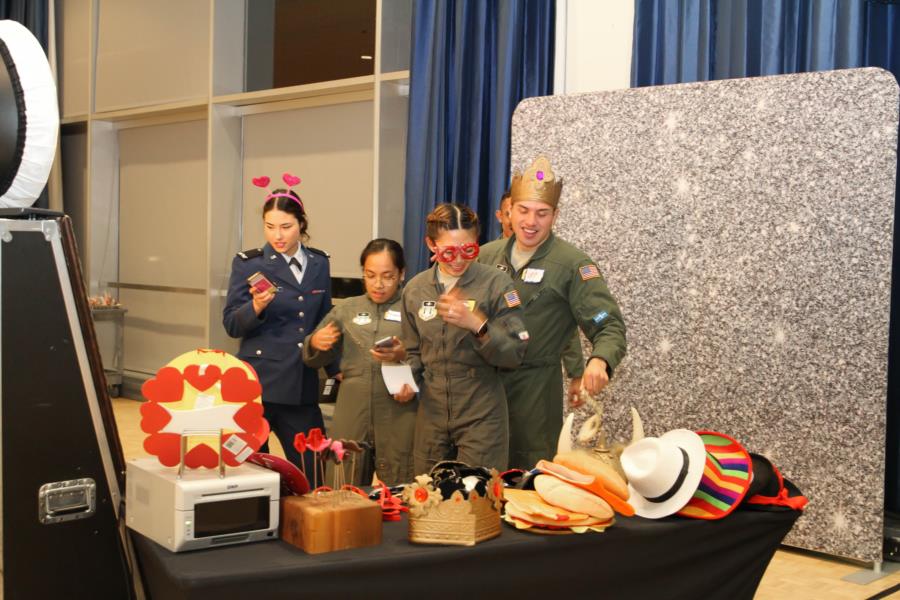 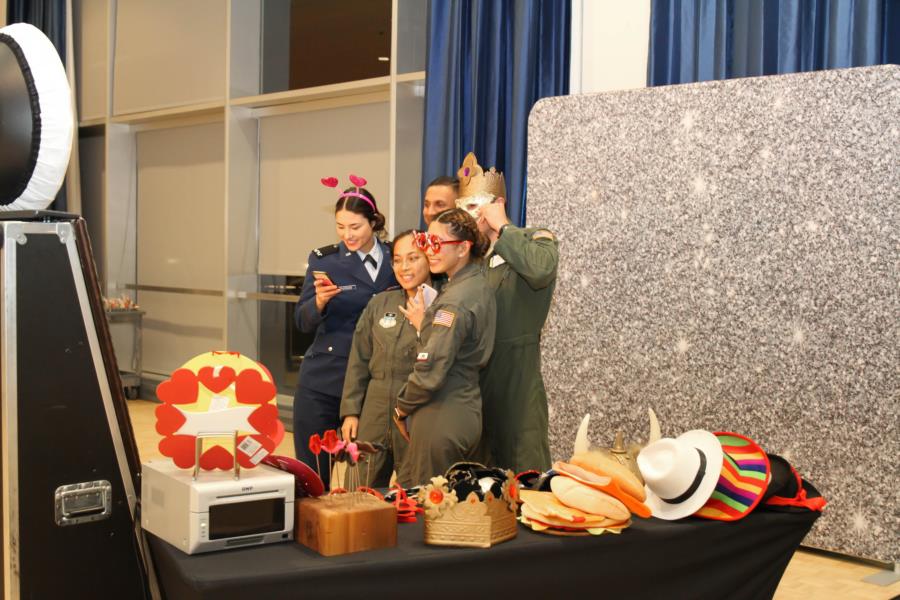 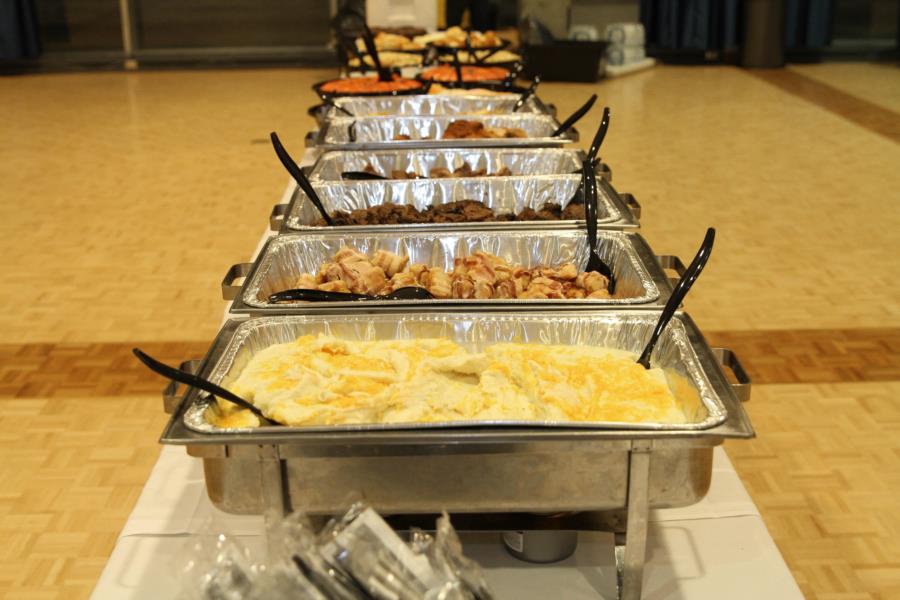 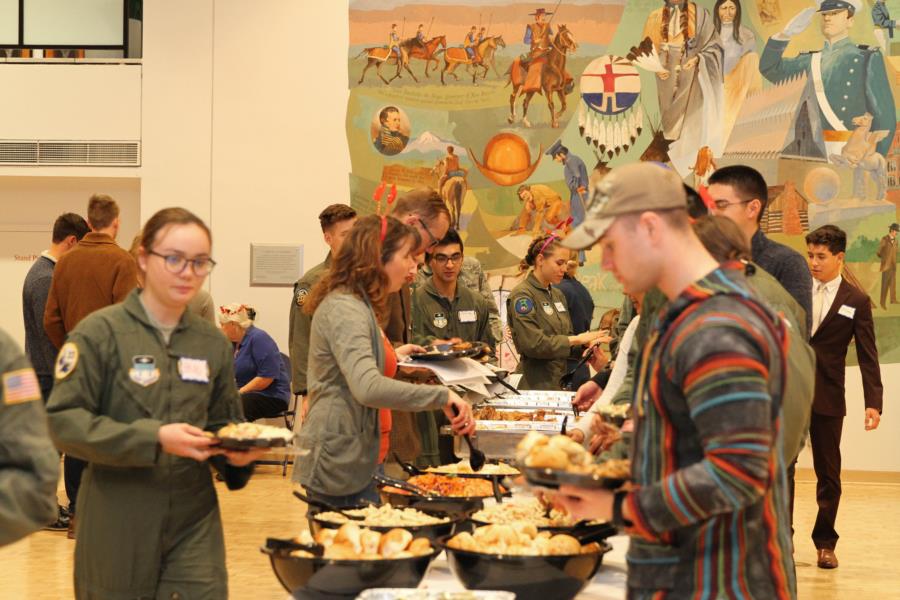 And at least one cadet was excited to see the cheesecake! 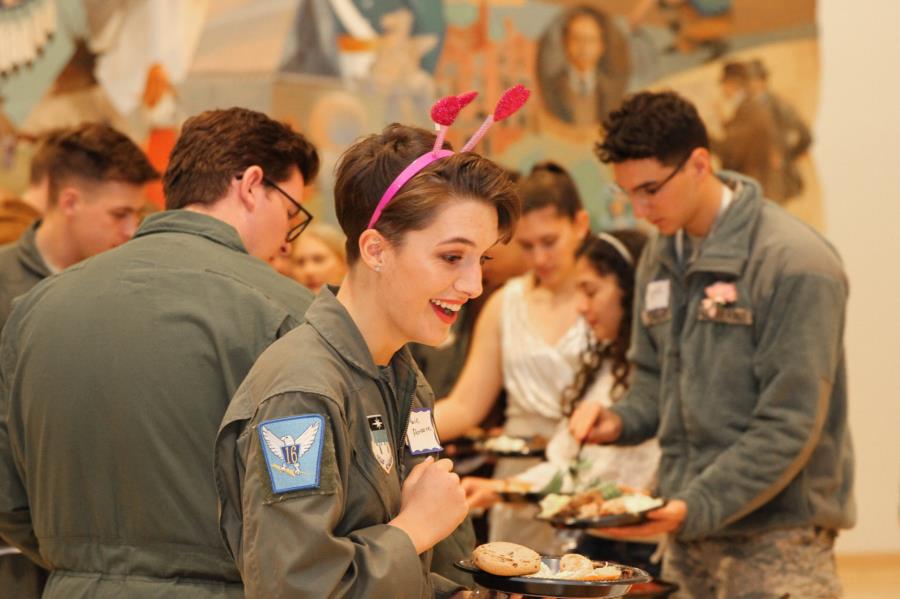 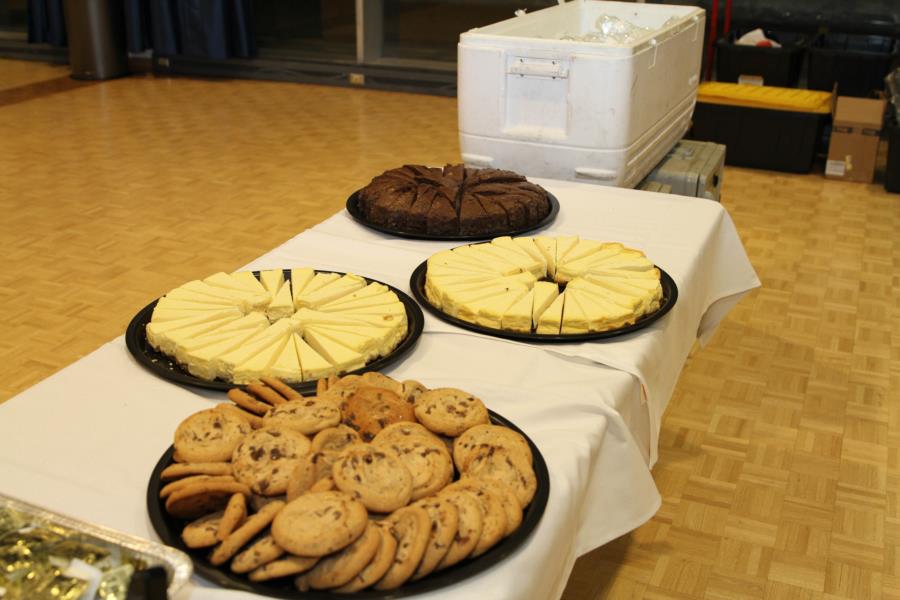 The evening's main event was the 'Murder Mystery'. Cadets became part of the mystery and they were instructed to use a fake name on their name tag for the evening. Some cadets were given a specific character to play, while others were prime suspects but didn’t know they were beforehand.  Everyone was wondering who did it. Spiderman? Buzz Lightyear? Nemo? The photographer taking pictures of the crime scene, but who wasn’t with the Crime Scene team? And who was the victim? Her name was Harley Harrison, but no one claimed to know her.  But someone did. And someone had a reason to kill her.  Were Detective Wilson and Detective Fox able to follow the clues and solve it before the murderer got away? 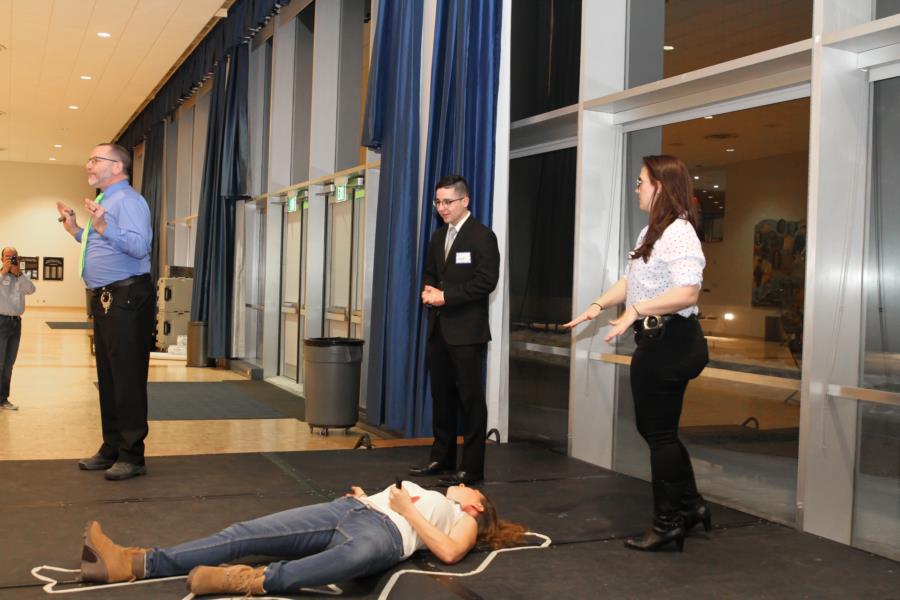 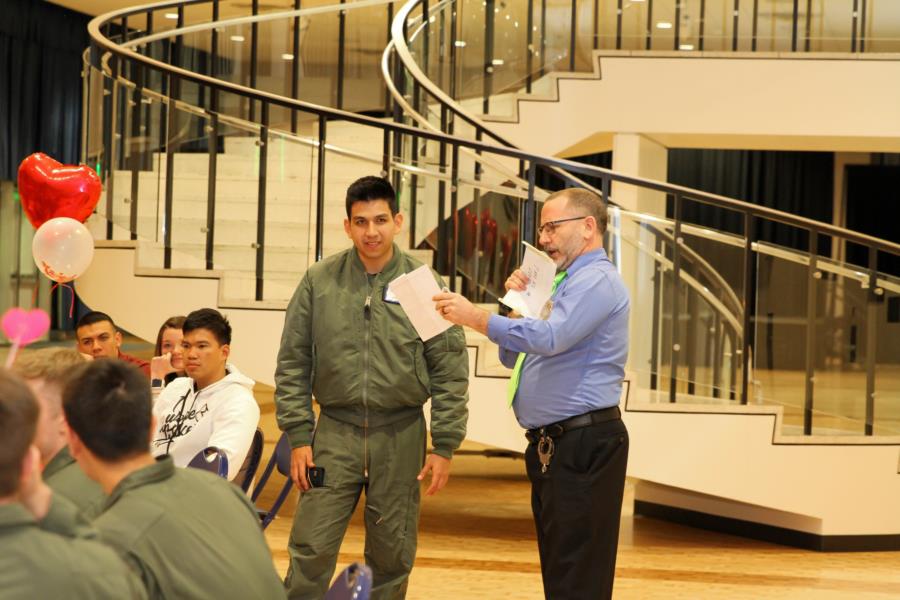 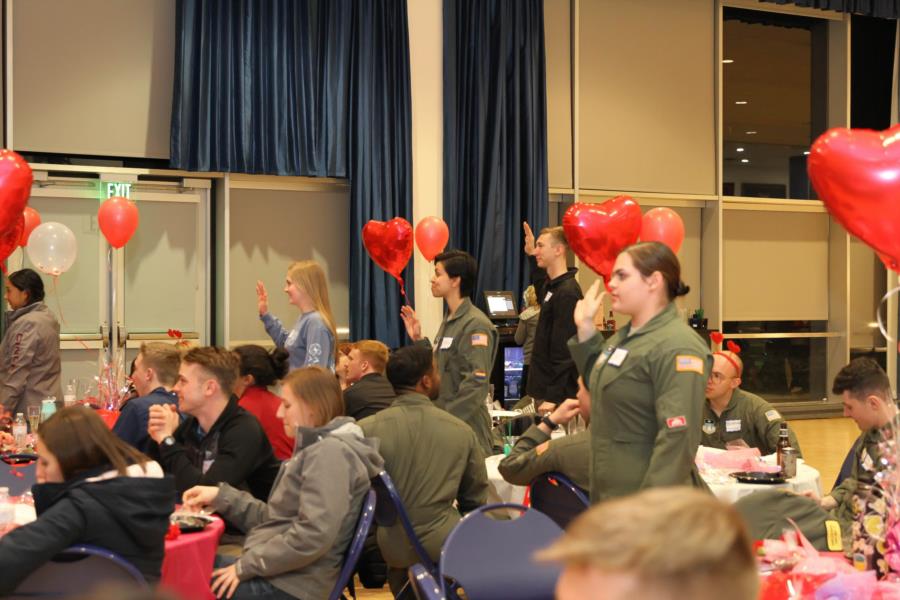 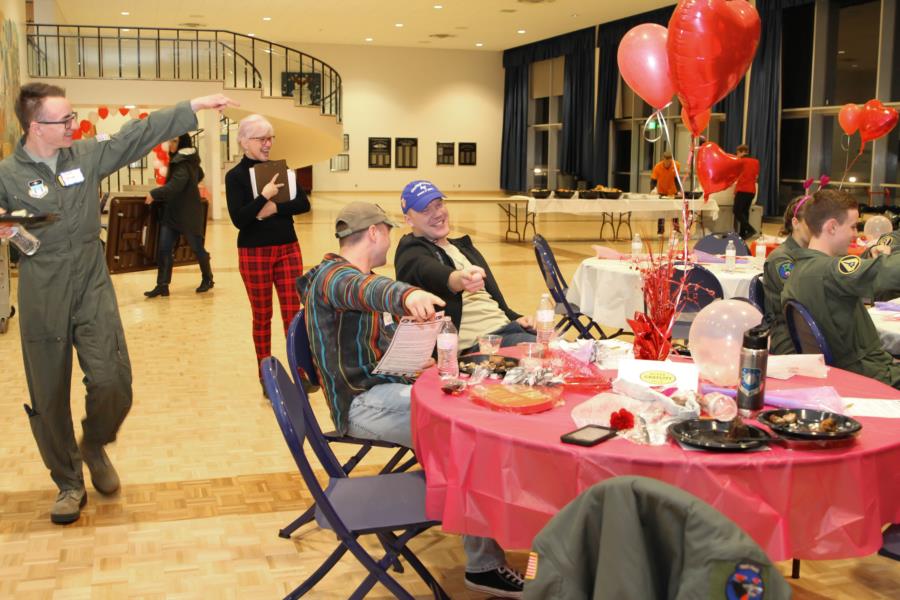 To  view more photos, go to, Galleries > Extracurricular > Cadet Life or click the link below.