Doesn't that just sound better than Happy Monday?  Before we get going, lets all take a minute and wish the Prep Class of 2017 all the best.  Remember how you all felt on June 29th?  That's how those families feel tonight.  It really felt like Groundhog Day to me today as I took photos  of the Prep Appointees arriving at the airport.  They are the same age as your Basics, but they have a longer road to hoe.  I was a Preppie Parent in July 2003.  I remember.  So, take a minute and add an encouraging comment to my Facebook post tonight for the Preppie Families.  Their basic training is shorter, but they have to do it again next summer when your kids are jumping out of airplanes.  For the Priors, they have to do it three times, and some of the Priors have already been in the Air Force three years and been deployed.  We all owe them our respect.

Now, that being said, I hope you enjoyed the intramurals again today.  Hopefully you found your basic at least one or two times over the past couple of weeks.  If not, we really tried.  Don't give up on us.  There is still lots more to come.  As I said yesterday, tomorrow are the drill evaluations.  Looking at the schedule, we have four hours total on the Terrazzo tomorrow and every squadron is scheduled during those times.  They will be spread out by flight all over the T-Zo, so there will be a bit of a "Where's Waldo" feeling to it, but at least we should know which squadron we are shooting (if not which flight).  We should be able to put the squadrons into their respective galleries this time.  Wish us luck.

Since this is my Non-DDO Blog, I thought I would include a preview photo of how good they will look in their blues.  Thanks to the Class of 2019. 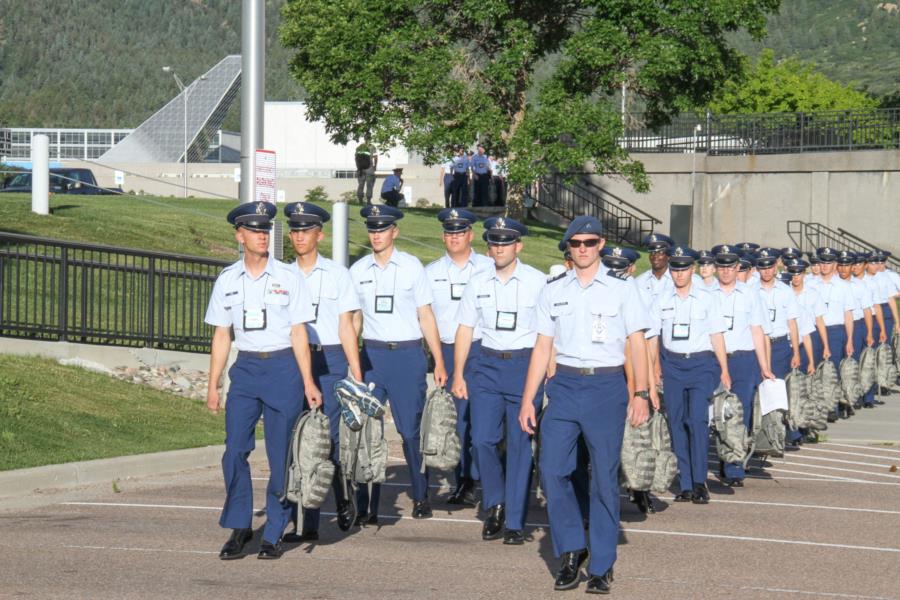 Have a great evening.  Sorry East Coast, I know it's getting late there.  Talk to you all tomorrow!