Due to COVID-19, Recognition training for the Class of 2023 was halted back in March.  The photo below was the last photo taken from their Recogition event back in March. 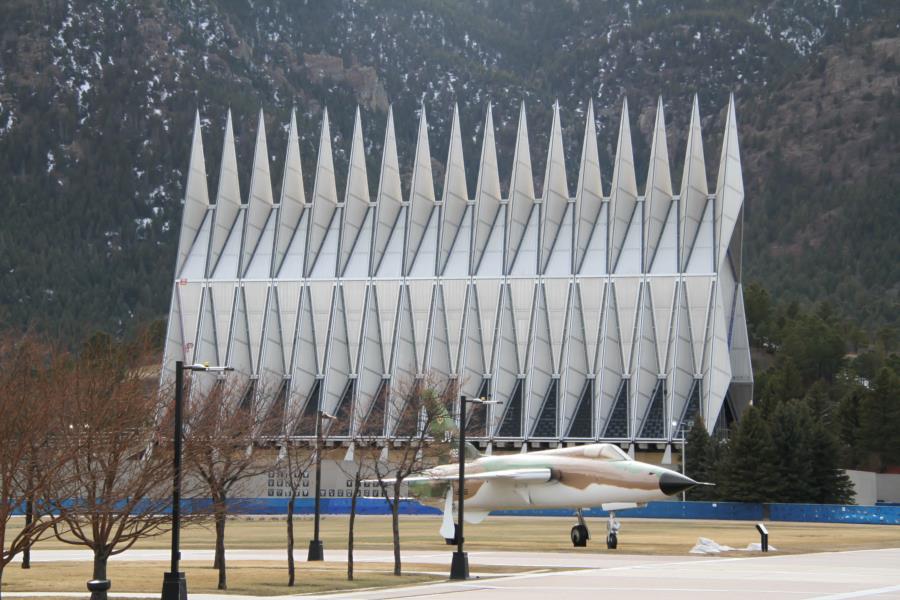 This morning at 0720 both the Third Class Cadets and their Firstie squadron leadership formed up on the Terrazzo and completed the Recognition event by double-time marching together from the Core Values Ramp to Cathedral Rock. 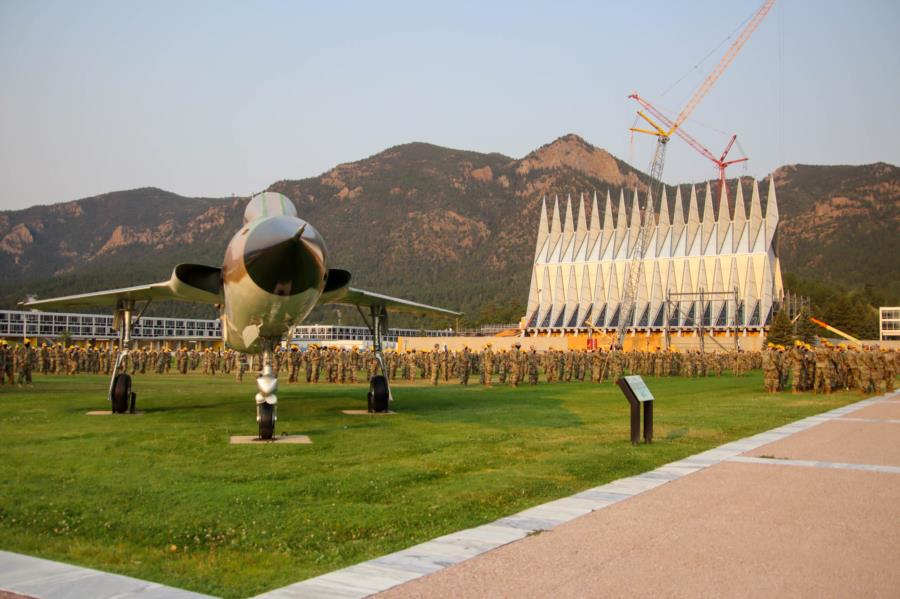 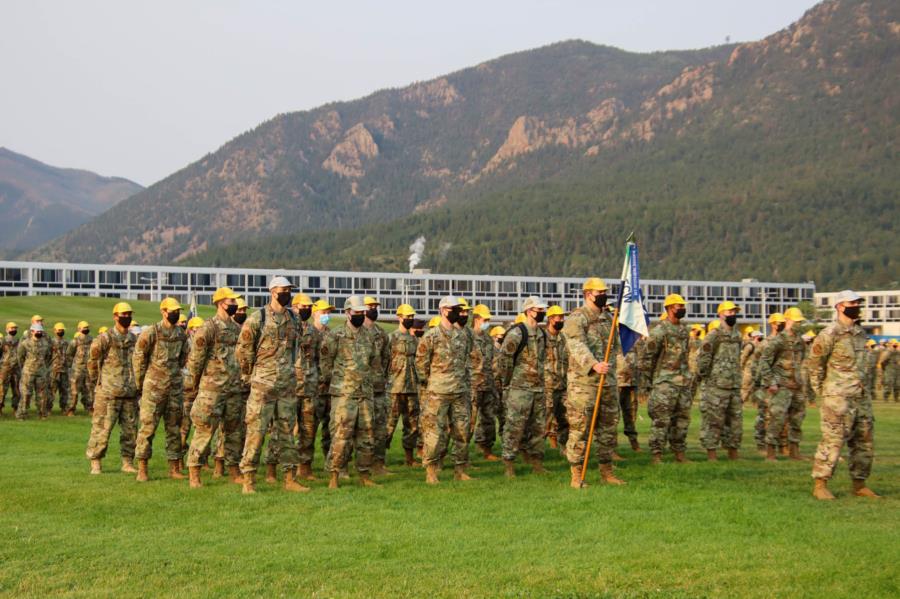 The Run to the Rock signifies the successful completion of training and the Fourth Class Cadets’ transition within the Cadet Wing. 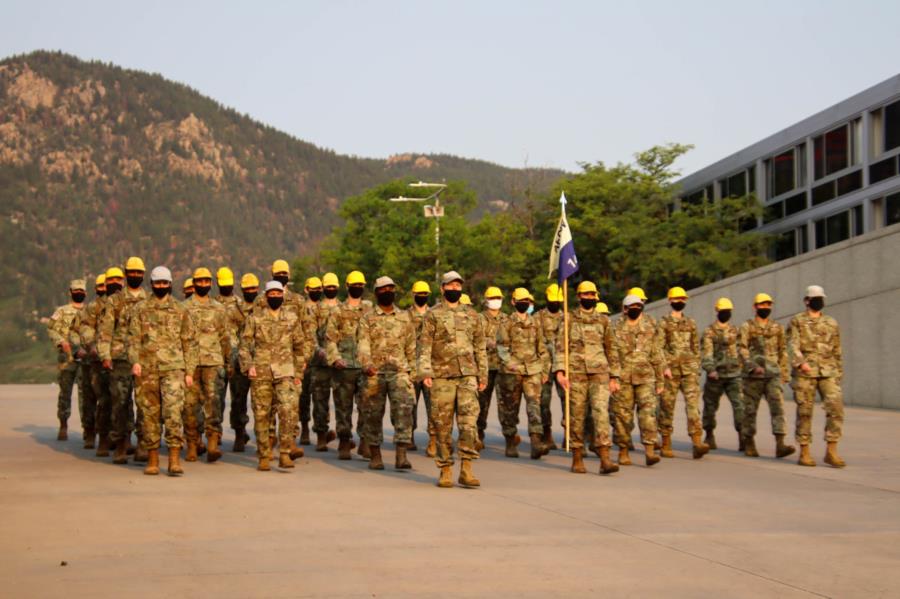 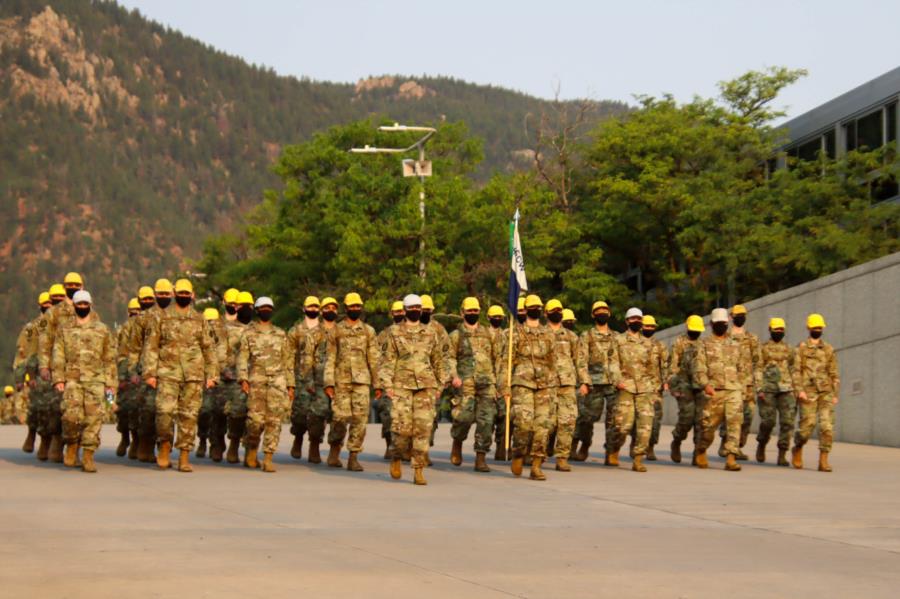 After the run; the first, second and third class cadets reported to their squadrons for the Prop and Wings Ceremony.  The Ceremony serves to recognize the Class of 2023 as having mastered the knowledge, attitude, teamwork, and performance of training standards they have learned throughout their four-degree year.  This ceremony is private and is a built upon a tradition and heritage - WebGuy doesn't cover this cermony to ensure that it remains that way. 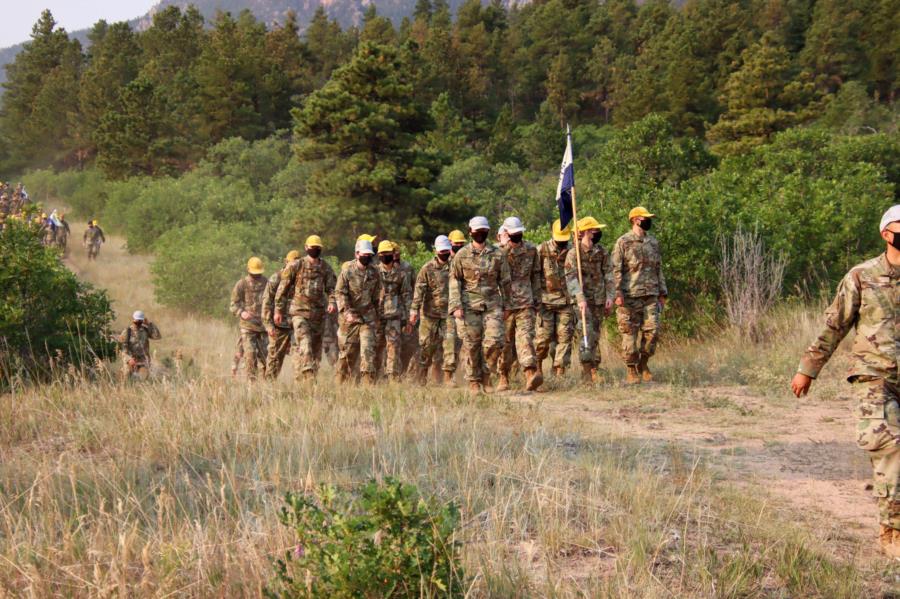 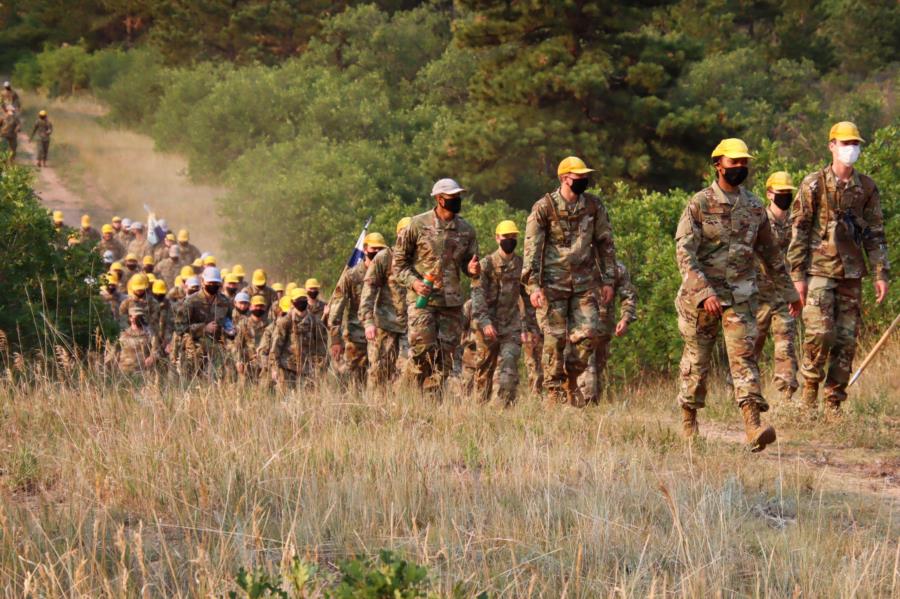 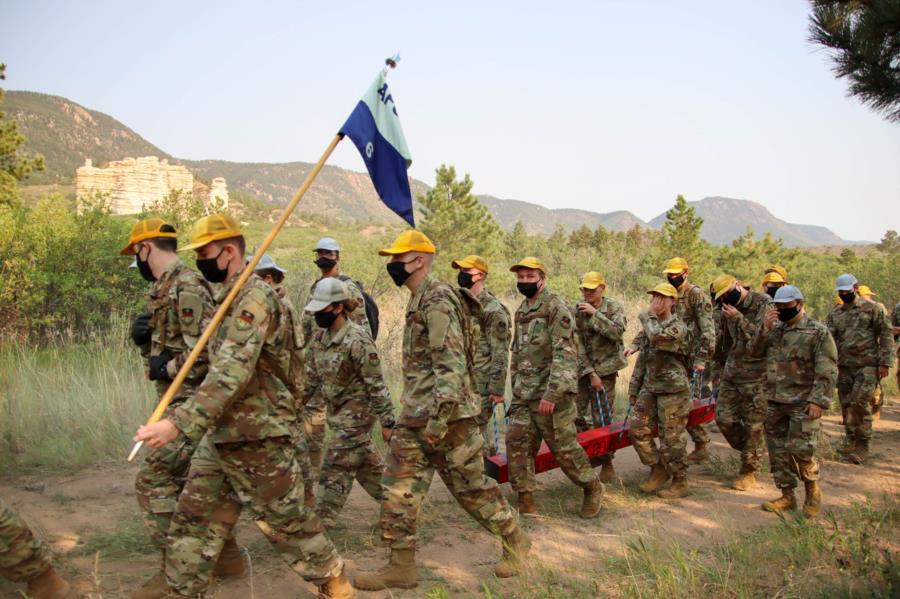 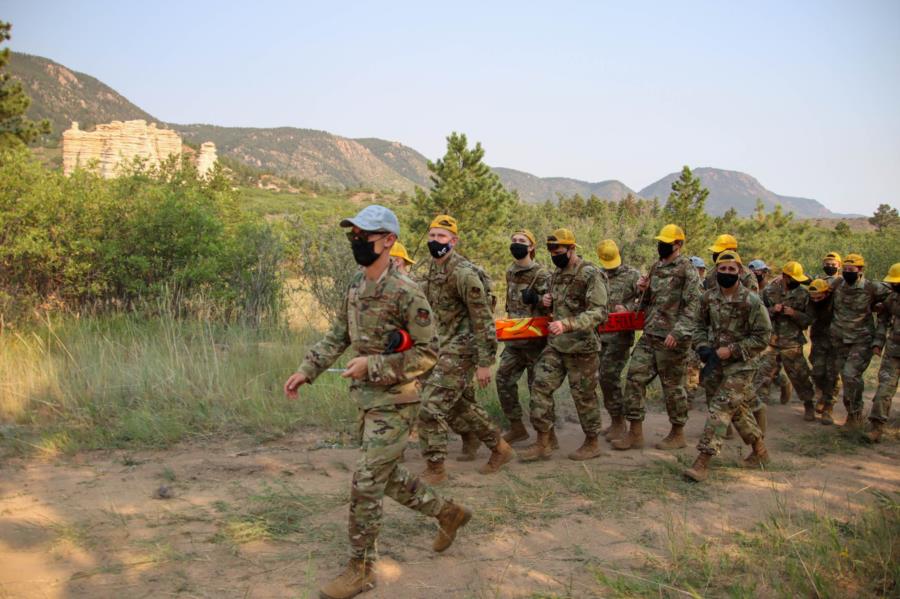 Due to COVID-19 restrictions, the Exemplar reveal for the Third Class cadets will be conducted virtually via Teams later in the afternoon.

Since the Class of 2000, each class has chosen someone who "exemplifies" the type of person the class wishes to emulate.

The Cadet Exemplar Program is an avenue for each Academy class to honor and identify with deceased military officers, military-associated civilians, aerospace and aviation pioneers and leaders who have made extraordinary contributions to the development of American air and space power.  The program is designed to link our nation's rich heritage with the class's boundless future.  An Exemplar must have exhibited integrity and character in both their professional careers and their personal lives.  As such, the heroes who are chosen epitomize the personal characteristics that each class of cadets seeks to emulate.  The goal of the Cadet Exemplar Program is to build officers with a strong foundation in our nation's and our military's heritage in order to advance into the future as a united aerospace force.

Please get with your Cadet to find out who was selected and what it means for their class!

To see all the photos from this morning, please click here or head over to CLASSES / 2023 / RECOGNITION and sort Newest to Oldest