Although it would appear that it has been great weather for flying, that is not the case for this current class of Powered Flight students.  It has been hot here in Colorado.  What that means for flying is that the hot air affects the Density Altitude that aircraft can fly.  Here at USAFA that limit is at 9500 feet.

Density altitude has a significant (and inescapable) influence on aircraft and engine performance, so every pilot needs to thoroughly understand its effects. Hot, high, and humid weather conditions can cause a routine takeoff or landing to become an accident. Density Altitude is formally defined as “pressure altitude corrected for nonstandard temperature variations.”

Altitude. The higher the altitude, the less dense the air. At airports in higher elevations, such as those in the western United States, high temperatures sometimes have such an effect on density altitude that safe operations are impossible. In such conditions, operations between midmorning and midafternoon can become extremely hazardous. Even at lower elevations, aircraft performance can become marginal and it may be necessary to reduce aircraft gross weight for safe operations.

Due to the higher altitude here at USAFA and the high temperatures, the afternoon scheduled flights were cancelled.  On M Day, were were only able to get the first go and part of the second go.  The second go took off significantly earlier than scheduled so that they could get a flight in before the Density Altitude (DA) affected their flight.  On T Day, only two goes were scheduled and the second go was cancelled due to reaching DA limits. 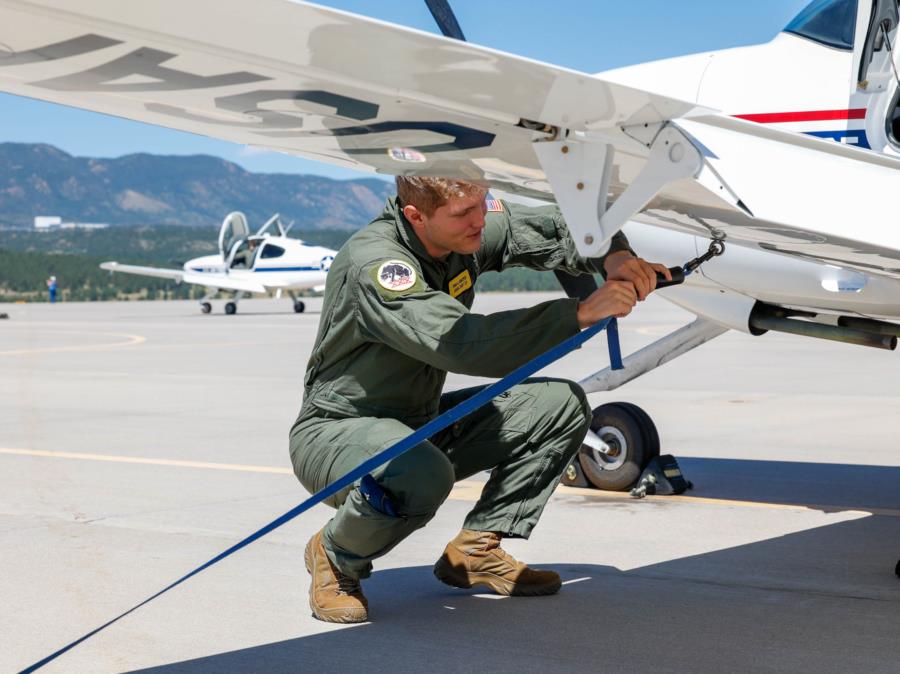 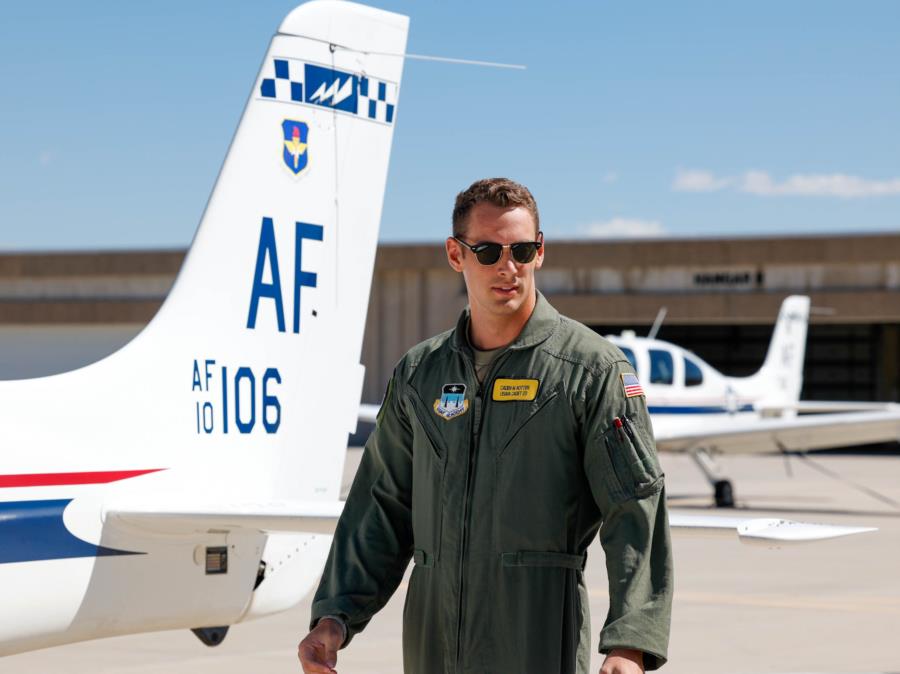 Powered Flight is a capstone course that serves as a culmination of a cadet’s aviation education. Lessons in Air Force heritage and principles of engineering are applied in real-life scenarios during nine flights in a single engine propeller driven aircraft. The training includes ground and flight instruction using T-53s (Cirrus SR20), military instructors provide a basic introduction to Air Force pilot training and the experience of powered flight. The training includes ground and flight instruction under an Air Education and Training Command (AETC) flying syllabus. 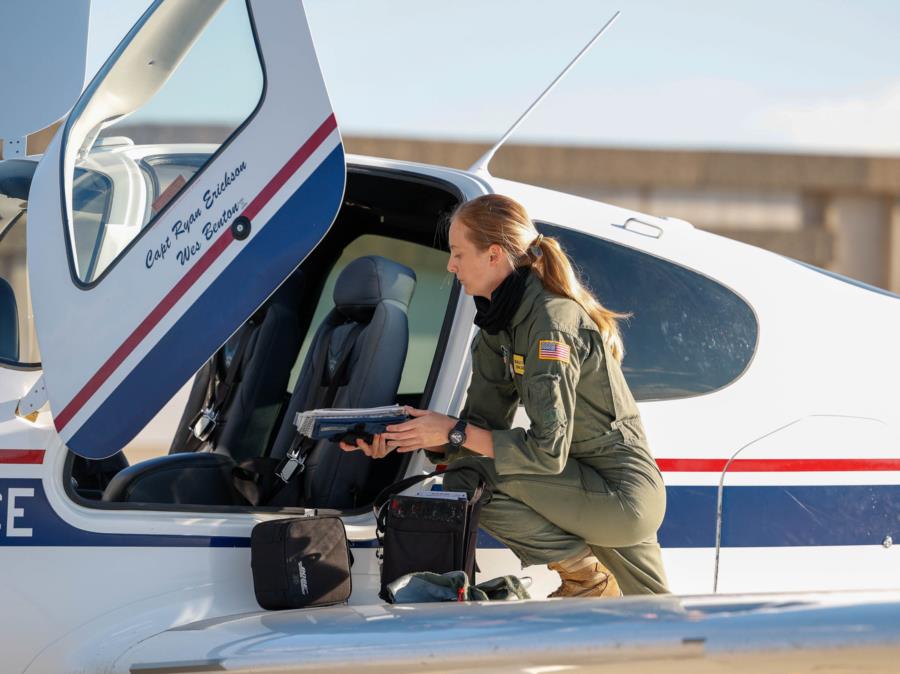 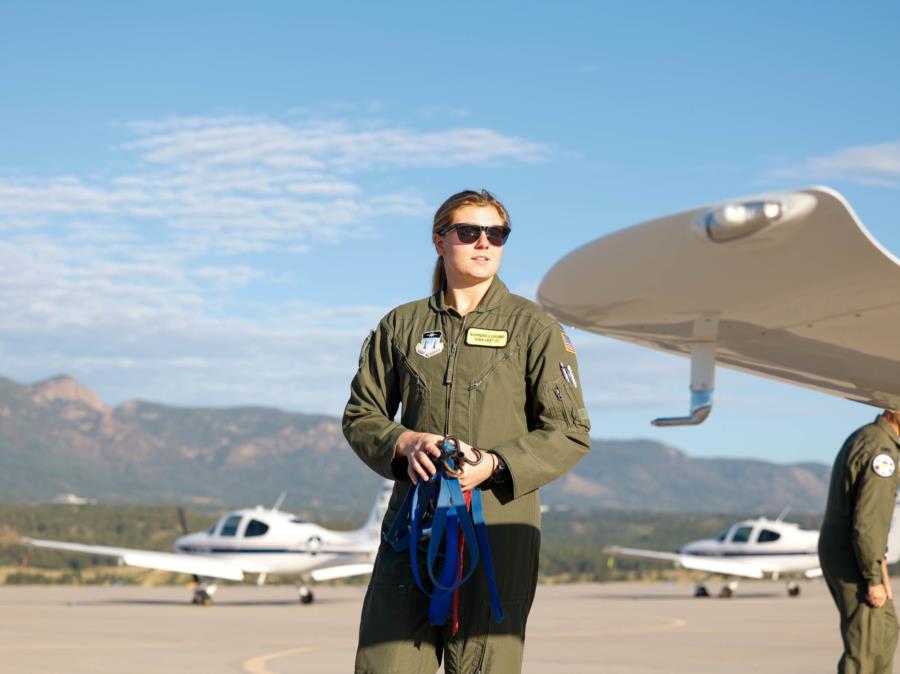 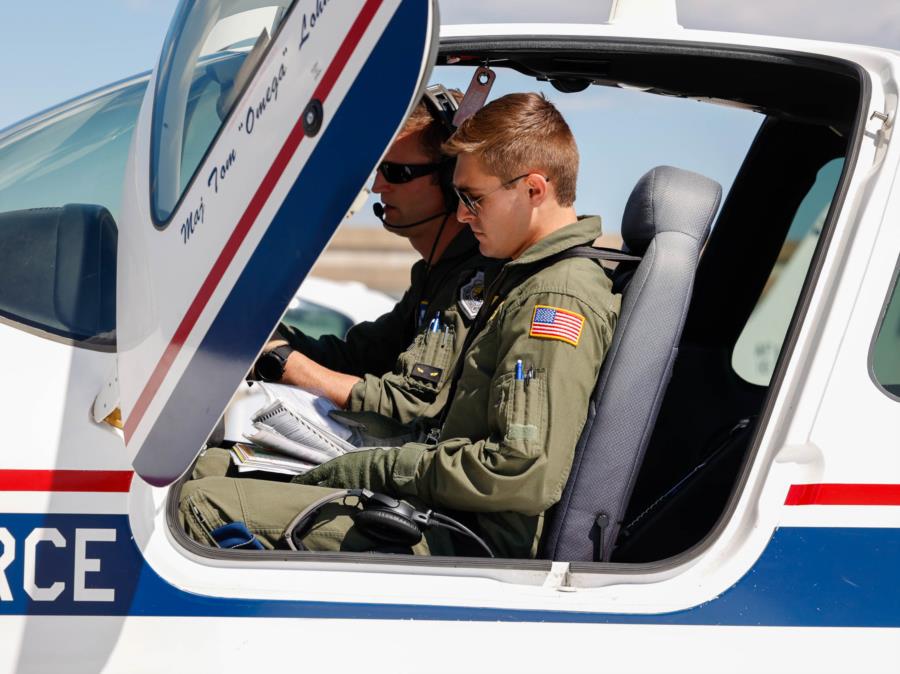 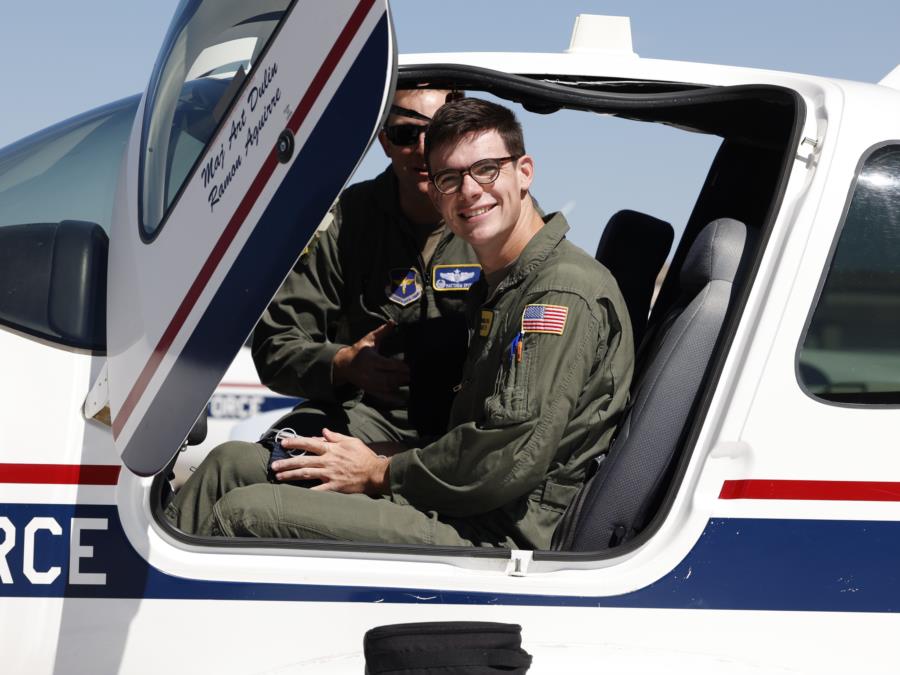 Cadets are normally enrolled in AM-420 during their second or first-class year. Cadets who complete AM-420 are eligible to wear Cadet Flight Wings. The class is intended to motivate cadets to commit to serving as a rated officer.

To view the rest of the pictures from our coverage, go to; GALLERIES > Airmanship > Powered Flight. Set your photo order Oldest to Newest. Select your start page or click the link below.